Minami Itsuki never thought about seriously riding Air Treck motorized roller blades, until he got his butt handed to him by a street gang of Storm Riders. That day, he discovered in a locked up room, a pair of AT's and a box of stickers belonging to the Sleeping Forest street gang. One thing leads to another, and Ikki dons the wheels and begins to ride. As his reputation builds in the AT street fighting/racing world, he begins to develop his own gang and participate in more fights, gaining more and more territory. 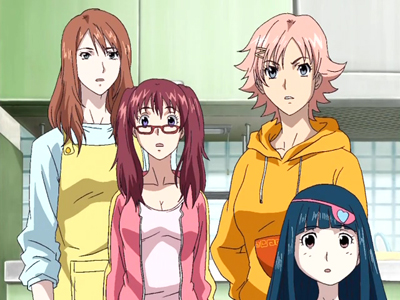 This is where it all begins. Ikki gets into a fight with a group of Storm Riders who use ATs. After he loses, Ikki sees the mysterious Simca. After returning home, he curiously takes a pair of Mikan's AT's. After accidentally challenging another Storm Rider group, Ikki is thrust into an Air Trek match. 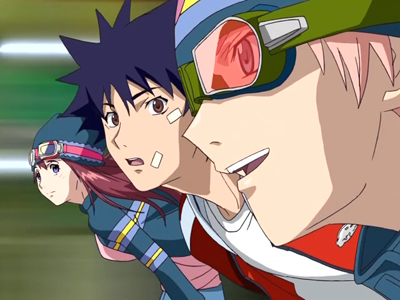 Screams of the Rez-Boa Dogs

Ikki is in love? Maybe, or maybe it's just uncontrollable hormones. Ringo is worried (madly jealous) and Mikan is leery, but Simca, the object of Ikki's attentions, needs his help. Trying to please the girl he likes, Ikki ends up challenged by the leader of the Rez-Boa Dogs and the outcome of this race will lead to a lot of things in the near future. 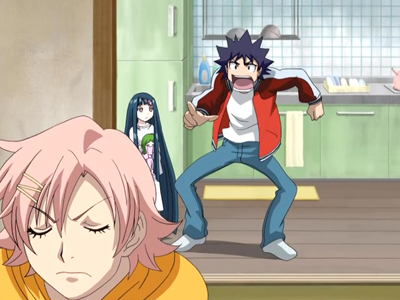 Following Ikki's victory over the Rez-Boa-Dogs' leader, the Rez-Boa-Dogs decide to disband, with Ikki finally learning what it means to put an emblem on the line. Also Ikki's AT ends up battered and in need of new parts however Ikki manages to find a means of making money but there seems to be a more desirable option, Parts War. A Battle for Kazu, Onigiri, and My Pride 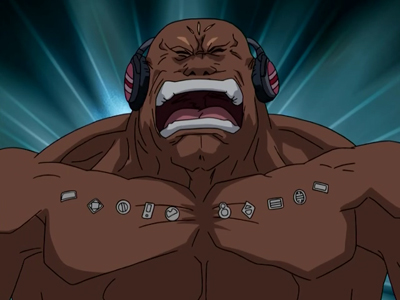 My Body, My Heart is Being Set Aflame

Ikki and Buccha continue their match but can Ikki win? Or is the experienced Buccha to much for him? With everyone watching, including Ringo and Spitfire, Ikki tries his best to win. Ikki has more dangerous battles ahead of him, with his chosen path, that he must follow to the 8 Road Kings. It's a Rematch! I'll Get My Emblem Back!

It is night and Ikki is out tearing it up around town, while thinking about the 8 Roads to the King, when he runs into someone from an A-Class team "Agito". The Skull Saders are out for the revenge following their previous defeat so they challenge the Sleeping Forest team but Ikki takes up the challenge instead in the F-Class "Dash". 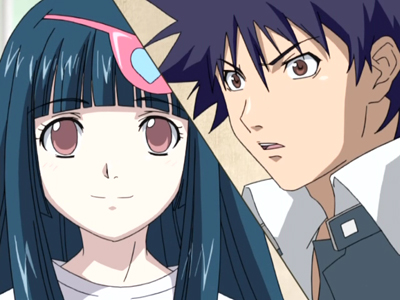 After getting his reward from Buccha, Ikki goes out to practice with Ringo when out of the blue she suggest to him that he should join Simca's team however Ikki set on forming his own group. As Ikki and Kazu attempt to train and build up their team, they discover that Onigiri has a girlfriend. Will this further hinder the trio from starting a team? 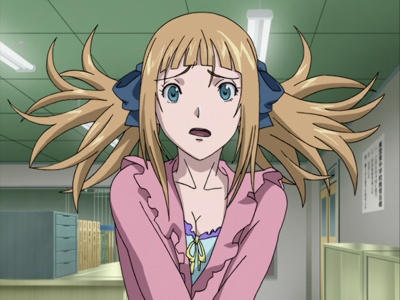 Ikki, Kazu, and Onigiri are all on the verge of failing middle school and must pass a test written by Masaya Orihara in order to proceed. With the aid of Mari Tomita, the group attempts to steal the answer key for the test, and in the process discover Ton-chan's past. 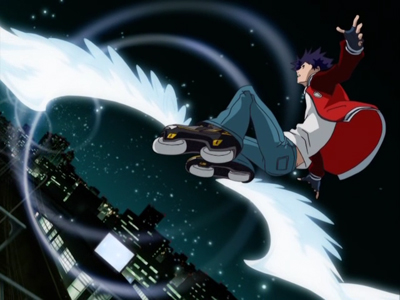 Ringo tells Ikki that a Parts War Match is taking place and that it'll be good experience for him to watch a A-Class battle in action. Ikki and his team head out and when they arrive discover that Agito is taking on his competition alone! What kind of strength and power does Agito have?! Agito, I'll Drag You Up From the Bottom of the Well

Following the events of the previous episode Gonzou and the rest of his Kintetsu Bulls team were single-handedly defeated by Agito. This is only the beginning when out of nowhere the police raid arrives on the scene but this is the Bulls territory. Akito reveals to Ikki his split personality.

Skating is an interesting sport, don't you think? I can't skate, but I always felt this interesting connection to skating. Something about the way skaters skate gives me this feeling of freedom, of ease; that they're seeing something I cannot see, and that there's something incredibly satisfying that they're accomplishing which I cannot achieve. To them, the sky's the limit, while I'm a mere admirer, staring from a distance, wistfully wishing that I can ever reach something that high. Enter Air Gear, a shonen manga drawn and written by Oh Great! and adapted by studio Toei in 2006. The series is easily among the most enjoyable shonen I've ever had the pleasure of watching, and a relaxing series that can be watched with little to no effort on the viewer's part. The series is best watched if the viewer wants a rather flawed yet extremely entertaining shonen with love-able characters and an interesting (though incomplete unless the manga is read) story-line. The story is interesting, no doubt about that. It follows the adventures of a charismatic high school delinquent called Ikki, who starts off his journey looking for a passion to love and something more than his rather mundane and (in his eyes) meaningless life. Enter Air Treks, this universe's version of skates. Ikki falls in love with the Air Treks at first sight, and aspires to become a leader of his own team and later even attempting to become the greatest Stormrider (what skaters are called here) there is. What is interesting is that in spite of the story's lack of originality, the passion which went into it makes up for it, giving us a simple yet heartwarming story of friendship and passion for a sport they love. Events take place that are absurd and lack realism, yet this show is aware of what it is and what it isn't most of the time, making it easy to enjoy and simply have a great time. Fanservice is abundant, the show takes its themes a bit too seriously and the characters are a ridiculous, yet lively as well as loveable bunch, but the charm and comedy present makes up for it as well as how Ikki and his team drive themselves forward. This show is character driven and it knows it, relying on the characters to make an otherwise mediocre plot exciting and uplifting. The show is incomplete, however, and it is unlikely that it will get a second season at any point in time. That is to be taken with a grain of salt by anyone wishing to watch this show, and be noted that the manga is even more absurd than the anime, so approach that with caution. Production values are pleasant to look at though far from exceptional, and the soundtrack is absolutely fantastic, fitting the atmosphere at every scene I can remember. The voice acting is top notch, with an excellent dub and a decent Japanese voice over. The characters, as stated before, are a lively bunch yet also the core of what makes the show so easy to watch. Ikki's struggles to find something to pour his passion into are portrayed in an easy going fashion, lacking the angst normally present in shows that revolve around similar themes. Kazu attempting to live up to Ikki's shadow and the struggles of the other characters are also portrayed in a sympathetic yet refreshingly simple fashion, and while the development of most of the cast is incomplete, the development that is present is utterly fantastic.  Ultimately, this is an extremely enjoyable shonen that doesn't bring anything new to the table yet is full of charm and humor, and I recommend giving it a shot if you want something entertaining yet relaxing to watch.

One of my personal favorite series to date like I am just genuinely disappointed that it didn't have a longer lifespan considering the length of the manga like this series had fanservice but the characters were so lovable that when recommending it to other people I completely forget to mention the occasional nudity.

Start a new discussion for Air Gear anime. Please be fair to others, for the full rules do refer to the Discussion Rules page.