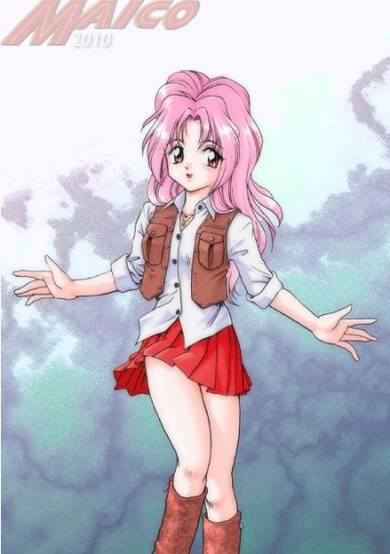 In the year 2010, the Japanese radio industry is in decline. To reverse their flagging ratings, a station staffed with perennial losers makes a daring gamble: to hire the industry's first android on-air host. Maico is cute, but it will take more than novelty to win over the fickle audience -- especially with a crew as inept as this one.
User Count331
Favorites Count0
Start Date6th Apr 1998
Next ReleaseInvalid date
Popularity Rank7475
Rating Rank4562
Age RatingPG
Age Rating GuideTeens 13 or older
SubtypeTV
Statusfinished

I Want to See You Right Now

Bear in mind the length of episodes for Maico is about half of typical anime. With that in mind: **Story******What you read in the description is pretty much what you get. A group of flawed individuals must make a radio show together with Maico as the host. Running gags prevail and the stories each week tend to involve the group trying to make a show despite some problem. This anime has no overall plot beside the basic premise, basically.<strong> </strong>The story is not the focus of the anime, however.**** **Animation** The background is CG enhanced, there is no getting around it. It's not pure CG, but this show was part of a anthology segment and the budget for animation was not enormous. Given the entire anime takes part in a studio, however, you do get used to it. Note very light nudity is present (unboxed android nipples, above waist only) Here is an example: **Sound** Nothing noteworthy. Typical background music as well as faint radio songs in the background of scenes. Again, not the focus of the show. **Character** The main focus of the show. The core of the show revolves around the interactions of various character personalities and their development. That being said, pretty much all character development happens in about the last 6 episodes. Before then, all development is episode exclusive. *However*, it is some excellent character development in the end and is extremely gratifying. **Enjoyment** Maico 2010 is consistent: it's not bad or particularly good for the majority of its run but it is somewhat unique. If you get to the final 6 episodes, you are in for a real treat. ***Overall*** Solid and fairly unusual. I think the greatest draw of this anime is that it is a situational comedy - it places a group of individuals and an android (philosophical concerns not withstanding) in a room and let's them interact. As I said, it is consistent but not particularly thrilling till the very end. Perhaps best enjoyed if you don't have any previous engagements with other anime or in-between other anime.

Start a new discussion for Android Ana Maico 2010 anime. Please be fair to others, for the full rules do refer to the Discussion Rules page.