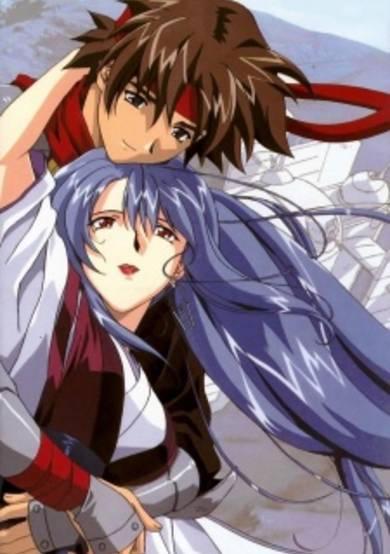 The story follows Elk, a bounty hunter in some strange futuristic world. On this world archaic but advanced technology exists side by side with primitive attitudes, beasts and magic. In other words it's got a bit of everything. It also has an evil conspiracy who are able to produce powerful monsters called chimera, who can also appear as human. Naturally it is not long before Elk has rescued a young female beast-master and gained himself some serious enemies. (Source: ANN)
User Count1174
Favorites Count3
Start Date5th Apr 1999
Next ReleaseInvalid date
Popularity Rank4481
Rating Rank8002
Age RatingR
Age Rating Guide17+ (violence & profanity)
SubtypeTV
Statusfinished

All Arc the Lad released episodes 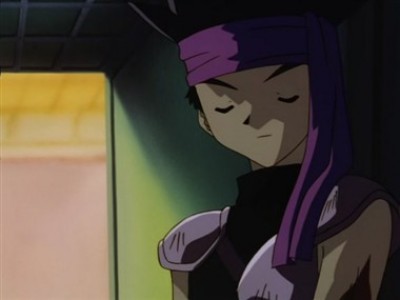 The Boy with Flame

A mysterious air ship hijacking triggers a distress call to which bounty hunters Elk and Cougar respond with explicit instructions to rescue the passengers and capture all hijackers. Aboard, they realize that there's only one highjacker, and his motives are baffling at best. Soon, Elk and his team find themselves unwittingly at the center of an elaborate conspiracy that involves a young girl, Lieza (who has the ability to control monsters), her lion-like pet, Pandit, and a government agency engaged in human experimentation. 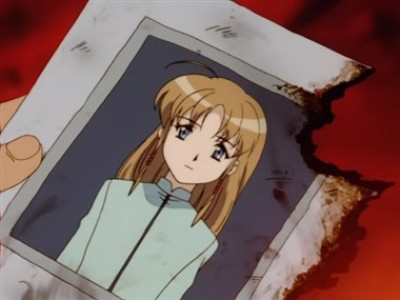 Beginning of the Destiny

Following a narrated musing on destiny, episode 2 opens with Elk listening to a doctored radio report of the air ship catastrophe, just before receiving a bonus reward from the Mayor for rescuing the passengers, most of whom are guests at the opening ceremonies to unveil a new statue in reverence to a goddess, a political valuable publicity stunt for the dubious politician. Eager to start another bounty job, Elk asks Shu, a father figure to the young hunter, to join him in protecting Pandit and Lieza, now on the run from brasher bounty hunters, and man-made chimeras with government connections. 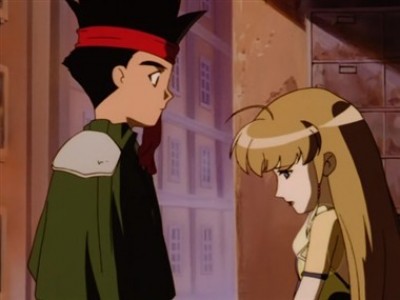 Feeling in the Rain

Another narrated monologue, this time on the duality mankind's brutality and altruism, yields to Shu leading the quartet into the safety of this hometown, a place where Elk feels comfortable enough to outline the whole government plot, which involves the kidnapping of children with rare powers (such as Lieza and Elk) and transforming them into monsters. An incensed Elk storms out allowing Shu the luxury of explaining Elk's tragic past to Lieza, and the young bounty hunter's vow to avenge himself on Arc, the man he believes destroyed his village and killed his family (and a man about whom the Mayor and his minions speak about with concern). And Lieza, in turn, explains her past. 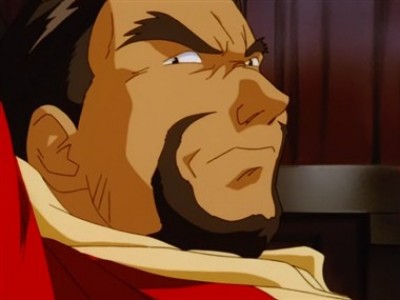 When the bounty on Pandit is suddenly withdrawn, Elk and Shu redouble their efforts to discover who is chasing Lieza and the monster, and for what reason. Meanwhile, Mayor Galuana of Prodias unveils his statue of the Goddess of Peace and spares no expense, including the hiring of White House chimeras, to guard the statue against Arc. When the statue is unveiled, an orb in its hand begins to glow, immobilizing the audience. But a bolt of laser fire from the Silver Noah, the airship of the renegade Arc, destroys the statue. 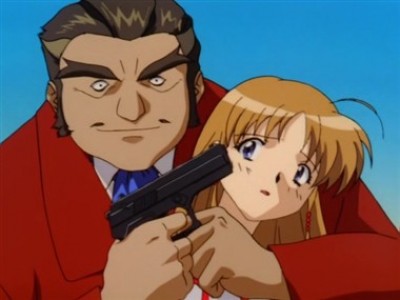 When Elk realizes that Arc is responsible for the attack, he springs into action immediately, pursuing the villain he believes killed his family. A chase ensues in which Elk tries to reach Arc, Arc tries to reach Mayor Galuana, Mayor Galuana captures Lieza - who initially tries to restrain Elk - and threatens to resume the experiments she had endured before her escape. Arc, not Elk, ends up rescuing her. But when the girl tries to persuade Elk that Arc is not a villain, Elk refuses to believe her. 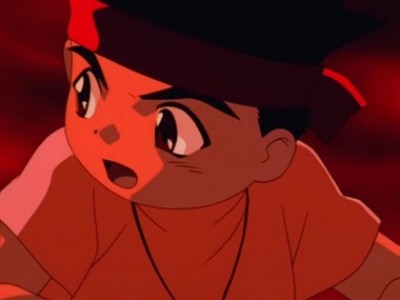 Beyond the Sound of Waves

Elk pursues the Silver Noah in his airship Hien in a desperate attempt to catch up with his nemesis, destroying its engine and crashing the ship on a remote island. Elk, Lieza and Pandit awaken in the care of two of the island's inhabitants, Dr. Vilmer and his granddaughter Lia, but Shu is nowhere to be found. Although Elk does not recognize him, a flashback reveals that Dr. Vilmer had worked with the young fire master in White House, though the doctor has since left Prodias to hide. On the island, Elk tells Lieza about his boyhood experience with Arc, when soldiers destroyed his native village of Pilka in an attempt to capture the statue of the spirit of flame. With the help of some islanders, Elk begins to repair the Hien so he can return to Prodias, locate Shu, and continue his quest to bring Arc to justice. Seeing Elk's frustration in repairing the Airship Hien, Lia allows her puppy love to get the best of her and tells the young Hunter about a forbidden cave allegedly inhabited by an ancient warlock. In the cave, Elk, Lieza and Lia discover Gequebec, a mechanical golem constructed by ancient warriors and designated the Guardian of the Seven Heroes. Meanwhile, the Hunters' Guild places a bounty on Elk, accusing him of kidnapping. 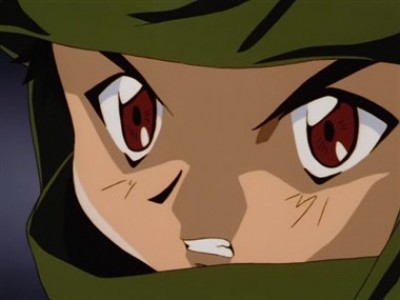 Elk learns of the bounty on his head as soon as he returns to Prodias. Before long, Elk is able to track down Shu, who conceals the full extent of his injuries. Deducing the involvement of Mayor Galuana and White House in the bounty, Lieza determines to head back to her home village of Horn to make sure her family is all right. Elk accompanies her, but they run into trouble when a military force inspects their train. 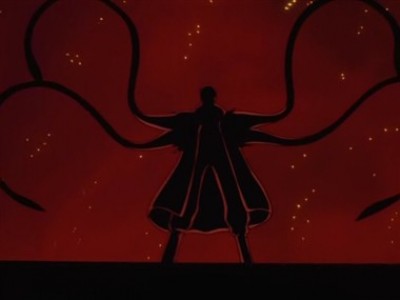 Friend Who was Left Behind

Lieza and Elk arrive in horn to find the village decimated and empty. While Lieza mourns, Elk encounters Gene, another child from White House who had been tortured and blames Elk's for abandoning him and a third child, Meril. During combat-induced catharsis, Gene reveals the location of White House and makes a startling request of Elk. 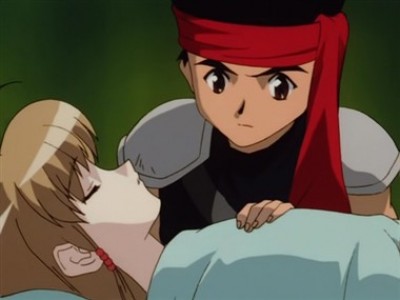 The Crusade with No Name

Unprepared for the trek across the desert, Elk, Lieza and Pundit succumb to the elements only to be rescued by Celendia, part of a camp serving the wounded in the struggle over the disputed region. Ostensibly benevolent, Lieza grows suspicious of the operation, and with good cause - Mayor Galuana funds the camp.

Start a new discussion for Arc the Lad anime. Please be fair to others, for the full rules do refer to the Discussion Rules page.