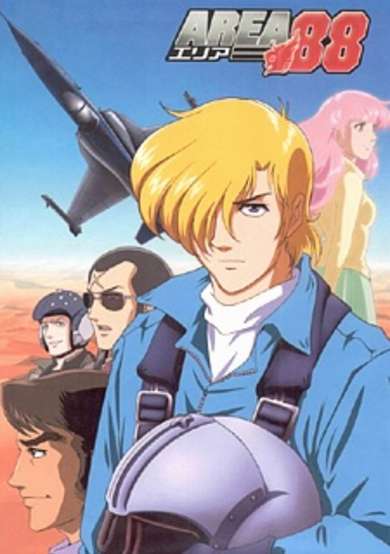 Deep in the sandy plains of the Middle Eastern kingdom of Asran, Japanese photojournalist Makoto Shinjou travels to the remote airbase Area 88 to document the activities of the mercenaries who destroy the country's enemies for a living. Among their ranks is Shin Kazama, a Japanese ace pilot who was tricked by his former best friend into signing a contract with the Asran's fighter squad. Because of this, he lost his career as an airline pilot and the chance to marry his fiancee Ryoko Tsugumo. Now, Shin has three choices in order to leave Area 88 and return to Japan: serve the mercenary group for three years, earn US$1.5 million, or desert the base, risking imminent death. (Source: ANN)
User Count1108
Favorites Count5
Start Date9th Jan 2004
Next ReleaseInvalid date
Popularity Rank4600
Rating Rank5880
Age RatingPG
Age Rating GuideTeens 13 or older
SubtypeTV
Statusfinished 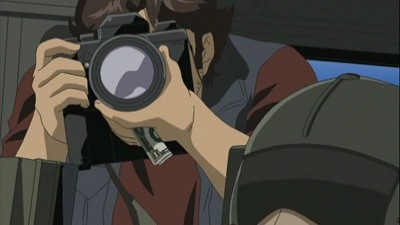 Photographer Makoto Shinjou arrives at Area 88, an airbase for mercenary flyer's in the Kingdom of Aslan which is fighting a war against anti-government forces. 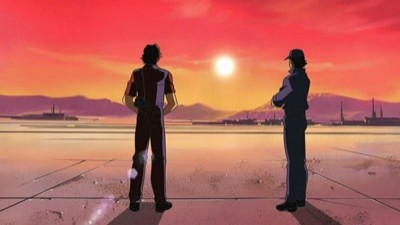 Boris - Tombstone of the Setting Sun

Pilot Boris is called the Angel of Death because he always loses his companions on missions and returns alone, and therefore nobody wants to fly with him. 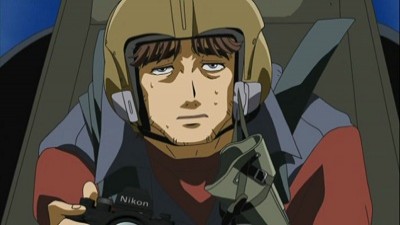 Shin and Kim shoot down an enemy transport plane, and McCoy tells all the men on base there was gold on board, so the pilots go out in a feeding frenzy to find the downed plane. Shin engages a large number of enemies all alone and his Crusader is destroyed. He manages to eject just in time to run into a sandstorm. 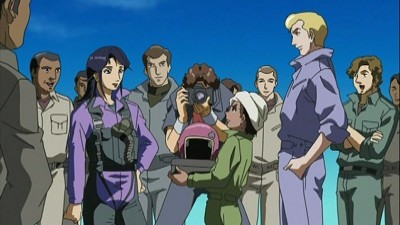 Kitri Parvaneh, cousin to Saki Vashtar, makes her first appearance just in time to save the lives of some of the Area 88 pilots, Kim in particular. 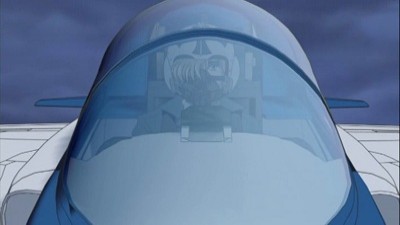 Cross Over - Intersection of Solitude

Shin's new fighter arrives and he sets out on a training flight to break it in, just as Kanzaki is piloting a commercial flight nearby under the watchful eye of Captain Shibukawa, who is evaluating him. 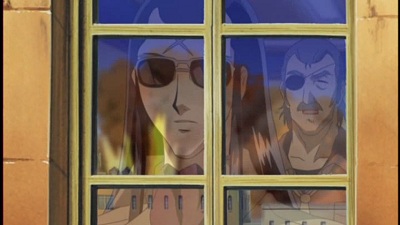 Kitri expresses doubts about Kim's abilities as a pilot, and Kim's Harrier is in bad need of parts and repairs, but when an enemy bomber squadron draws near, the shortage requires her, Shin, and Kim to fly out alone to defend the base. 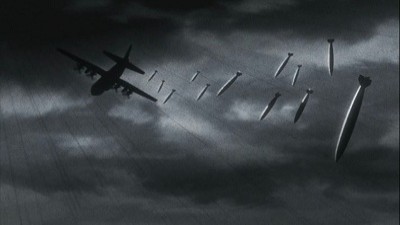 A lone sniper brings operations at Area 88 to a halt with a few well-placed shots. A plan is conceived to get Shin up in the air using a decoy (Saki) to buy him time. 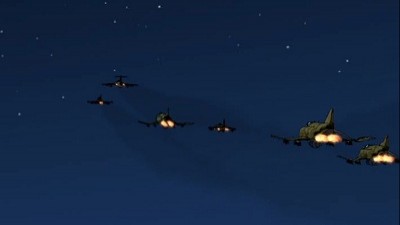 Canyon - Tightrope at the Speed of Sound

The Area pilots are ordered to attack a well-guarded base that defends a rebel oil refinery the government wants to capture. Area forces are sustaining heavy losses due to a rebel pilot with a lizard mark on the nose of his plane. This pilot turns out to be Patrick Reed, who flew under Mickey's command in Vietnam.

Start a new discussion for Area 88 (TV) anime. Please be fair to others, for the full rules do refer to the Discussion Rules page.