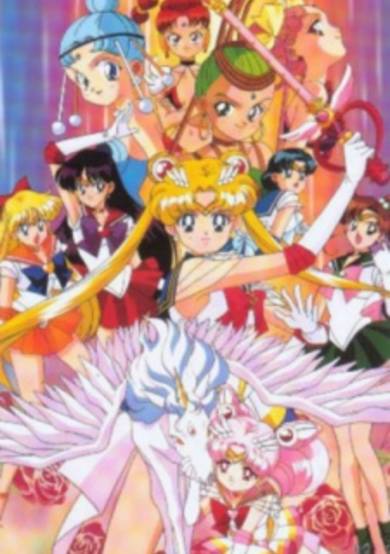 SuperS centers heavily on Chibi-usa and the Sailor Team. A new enemy, the Dead Moon Circus, has now appeared. Their motive is to find the Golden Dream Mirror that would be used to rule the world. To do this, the enemy attacks innocent victims for their Dream Mirrors and test their energy. Chibi-usa also has a new ally on her side, Pegasus. This season also sees the Sailor Senshi obtaining new powers.
User Count6621
Favorites Count65
Start Date4th Mar 1995
Next ReleaseInvalid date
Popularity Rank1679
Rating Rank2234
Age RatingPG
Age Rating GuideTeens 13 or older
SubtypeTV
Statusfinished 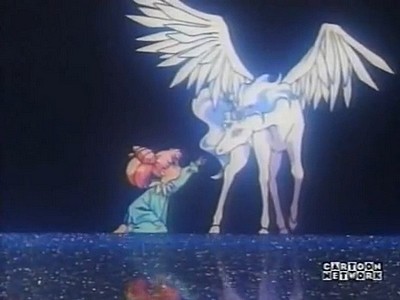 Meeting of Fate! The Night where a Pegasus Flies

Chibiusa is in a trance, and is lead to follow a young male voice...suddenly winding up in a crystal forest. Chibiusa meets a white unicorn named Pegasus, and they talk. Usagi wakes her up, and they go out on the town, to hang with Mamoru, Motoki, and Motoki's sister Unazuki. Usagi tries to spook Chibiusa about eclipses, when suddenly a tent appears in the area after the eclipse has taken place. In the tent, we see Madame Zirconia ruling over her Amazon Trio, Hawk Eye, FIsh Eye and Tiger Eye, and they discuss the dream mirrors. Naturally, the target is Unazuki. On a bus, Tigers Eye attacks Unazuki, and the s hear her shrills and run to her aid. Karakuriko is the lemure used, so Sailor Moon and Sailor Chibimoon fight her off, and save Unazuki's dreams. 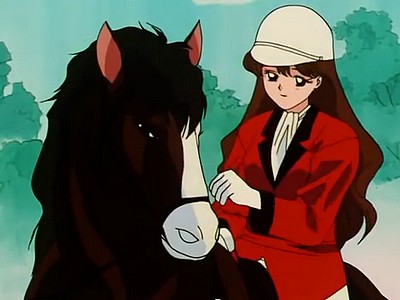 Thanks to the mysterious pegasus, Usagi gains the power of Super Sailor Moon. 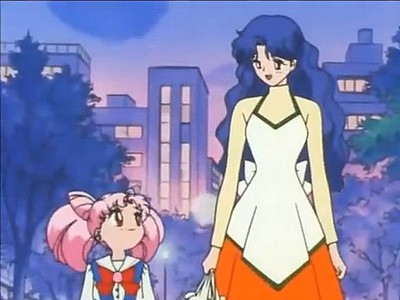 Protect a Mother's Dream! The New Attack for Double Moon

Usagi has a fight with Chibiusa, Shingo and Ikuko over lemon pie (very Usagi like) and despite Ami and Rei's attempts to calm her, she stays angry. Hawkseye takes his turn, and goes after his new target, Ikuko! Ikuko is with Chibiusa when she is attacked, so Chibiusa fetches Usagi's help. They transform, and try to fight Hawkseye, and his lemure, off but no dice. Pegasus grants Sailor Moon a new attack ""Moon Gorgeous Meditation"", which works like a charm...and Ikuko's dream is saved. 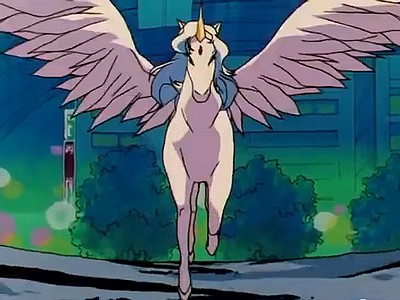 Capture the Pegasus! The Amazon's Trap

Usagi and the girls try to help Naru and Umino, when Naru becomes the target of Tigers Eye. She gets trapped into Tigers Eye's cage, but Pegasus helps save her, and her dream is saved. Sailor Moon and the soliders use their attacks, and are able to defeat the lemures. 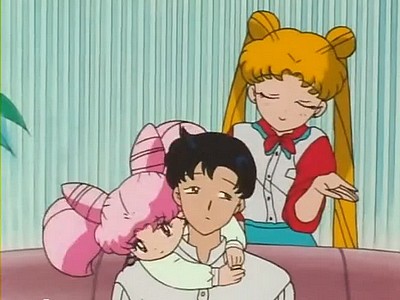 A Couple Made for Each Other! Usagi and Mamoru's Love 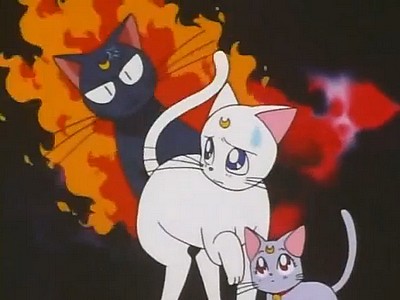 When a cat from the future appears to the past, Luna thinks Artemis cheated on her and had a kitten. 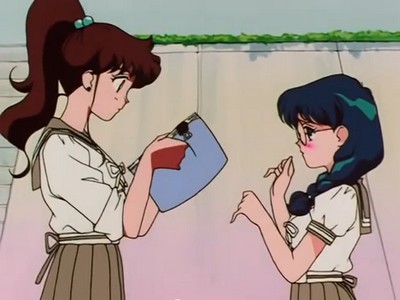 Makoto's Friendship! A Girl Who Adores a Pegasus 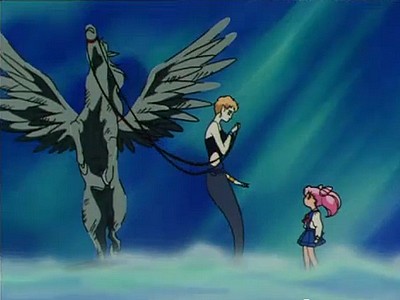 Hearts that Communicate! Chibi-Usa and Pegasus 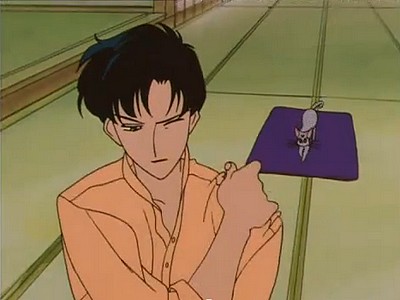 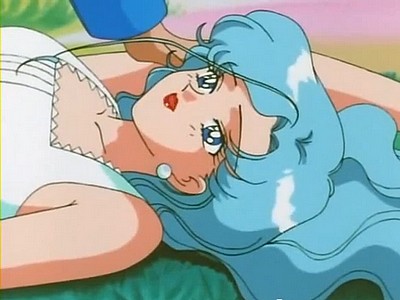 Forest of Illusion! Invitation of a Beautiful Fairy

\[Old review is old.\] (This review proceeds from Sailor Moon, so start from the beginning if you haven’t already!) After I mourn the absence of the Outer Soldiers from this season, Sailor Moon Super S does not follow its namesake to present itself as an even better season than S. In the fourth season, Chibi Usa befriends a mysterious pegasus that appeared to her in a dream, and it turns out that the mystical creature protects other people’s dreams fro being destroyed or tampered with. The villains this time come in the form of an evil circus troupe, with three members who go out to do the dirty work, then eventually replaced with four girls. In order to combat them, the pegasus gives the Sailor Soldiers the power to destroy their minions and save the people whose dreams have been tampered with. A lot of the aspects that made Sailor Moon S enjoyable are gone. The darker mood is brought down, the surprisingly good characters have disappeared, and everything awesome that Usagi did in the final few parts of the season had no effect on her ability to unsuccessfully lead and fight. The other big thing that bothers me is that the pegasus is a male. Not that there’s anything wrong with male pegasi, it’s just that once again the way the Soldiers actually get results in battle is through the help of a man, not by winning themselves. This show has so many opportunities to show how these girls can be victorious in their struggles, and it so rarely takes them, which I find very annoying about a show supporting full-on girl power. At least the Soldier characters themselves continue to be their lovable selves and they keep growing as the show goes on, even if they’re still leaving Usagi behind in said developments. The first group of villains were my favorite out of all the Sailor Moon baddies. They were interesting an fun to watch, they play around with how manipulative they can be, and when they all come together to discuss their failures and plans, there seemed like an odd chemistry between the three of them that just worked. They were also able to get in a respectable presentation of a transvestite with these guys (though they would perfect that next season). Top it all off which each of them getting a satisfying and actually emotional resolution, and I have my pick for the best villains of the show. The later villains weren’t as memorable at all, and I forgot about them halfway through the next season, unfortunately. We are also treated to a ‘final boss’ at the end with a well done past and a good finale for the show, so props to that. The only other thing I can talk about is how certain aspects carry over to this season. Even though the pegasus is still giving them power, that doesn’t stop Tuxedo Mask from saving their butts every episode as well. This season didn’t make any huge advancements in characters, everyone stays the same by the end of it aside from those well done villains. If anything else, the comedy from S was able to stay relatively effective in this season. The show focuses on Usagi and Chibi Usa fighting as a pair, and even though in Sailor Moon fashion they can’t get anything done, they make a pretty good comedic duo. I admit, Usagi’s style of humor grew on me since Sailor Moon S, now that the anger of never being able to see a fantastic hero figure has mostly subsided. In the end, this season is nowhere near as good as Sailor Moon S, but it wasn’t exactly as bad as the first two seasons either. It had one or two surprises, which is a nice bonus for a typical season of Sailor Moon. But aside from that, this season did very little for me in the other departments that I can’t put it much higher than Sailor Moon or R. (This review continues on to Sailor Moon Sailor Stars. My final score will be given at the review of Sailor Moon Sailor Stars.)

Start a new discussion for Bishoujo Senshi Sailor Moon SuperS anime. Please be fair to others, for the full rules do refer to the Discussion Rules page.