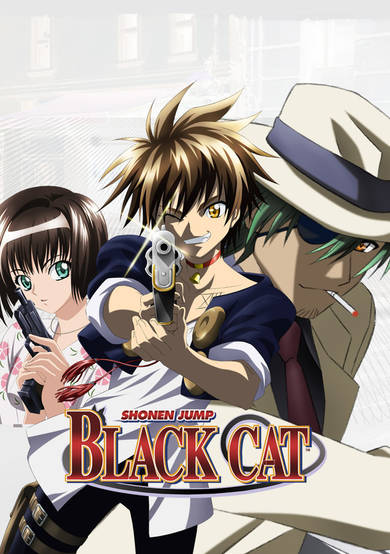 The bounty hunter Sven is barely scraping by when he crosses paths with the Black Cat (a.k.a. Train Heartnet) and the young bio-weapon Eve. The three new companions will need more than luck to survive when they find themselves sought by both the Chronos Numbers and a Taoist revolutionary group called the Apostles of the Star. (Source: Funimation)
User Count16321
Favorites Count155
Start Date7th Oct 2005
Next ReleaseInvalid date
Popularity Rank708
Rating Rank3024
Age RatingPG
Age Rating GuideTeens 13 or older
SubtypeTV
Statusfinished 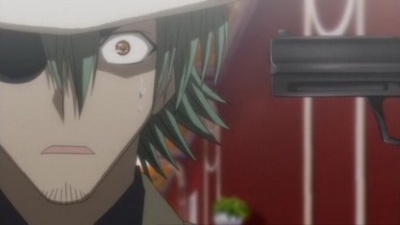 Train, better known as Black Cat, completes another mission for Chronos, and is informed of his next mission. Later, Sven is inside a restaurant, planning how to catch his next target. A parade is happening outside, celebrating a new governor coming into office. One of the waitresses informs Sven that the new governor is also a gangster, the same man that Sven is targeting. A party is held that night, and Sven learns he isn't the only one targeting the governor. The infamous Black Cat is as well, though with a very different objective... 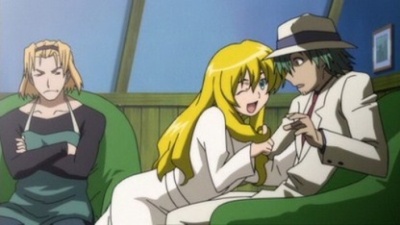 Sven goes back to his usual sweeper to find some more work. Not long after, a girl runs in with a couple of thugs not far behind. Sven steps in and drives the thugs off. After talking to the girl, he finds out that the thugs have her little sister hostage, and she has the ransom money for her sister's return. She offers Sven the money if he can get her sister back. Will Sven take the job? 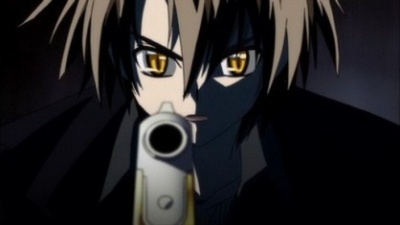 The Cat in the Dark

Sven accepts the task of rescuing Elena's sister, Eve, and makes an attempt to infiltrate the manor, but without success. Afterwards, Sven learns that Eve is not really Elena's sister, nor is Elena who she appears to be. Later, Sven discovers Eve in a park, and decides to talk with her, and he shows Eve there's a entire world outside the manor she's been held in. Unfortunately for Sven, Torneo's men find them, and forcibly take Eve back to the manor. Sven comes to realize that Eve is not merely a bio-weapon, she's a human being with thoughts and feeling of her own, and becomes even more determined to rescue her, no matter what the cost. 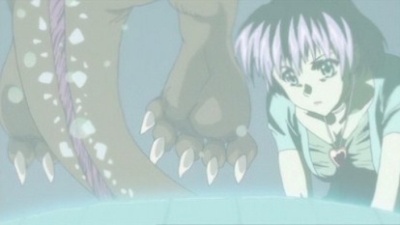 As Sven begins to put his plan into action, to save Eve from Torneo, Black Cat is right behind him. Meanwhile in the Torneo's basement the thief Rinslet discovers a shocking truth about Eve. Back upstairs Sven and Black Cat make their own attempts to get Eve, with their own reasons. Who will get Eve and what is the shocking truth? 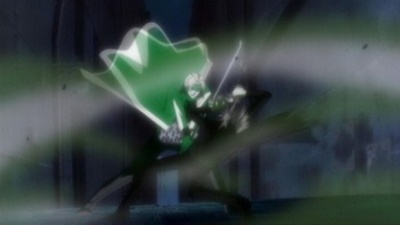 As Sven heals at a hideout with Eve and Rinslet, Train's conscience grows. With his decision to leave Chronos, Creed is sent out to pull him back in. When he fails Chronos sends more operatives. Will they pull Train back to Chronos? 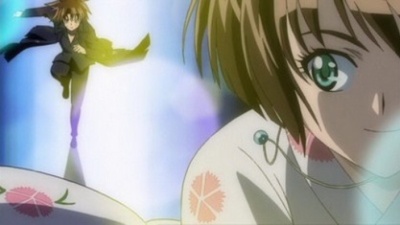 The Cat Under Fire

Coming back from his first failed attempt to bring back Train, Creed returns. With Train fully turning his back on Chronos it is all up to Creed. Since his first attempts failed Creed uses his magic to kidnap Train. When that doesn't work he goes for the thing Train cares about the most... Saya. Can Train stop him? 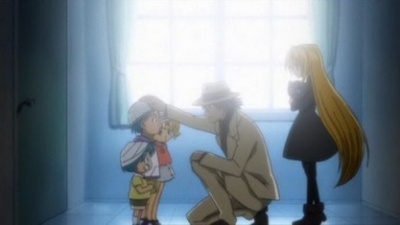 Train awakens in Sven and Eve's company. Confused and saddened, he has to decide what course of action to take with his life next. As Sven goes out to get supplies, Eve comes to realize that she has to repent for her sins as well. Meanwhile, someone from Chronos is close by, looking to capture Eve. 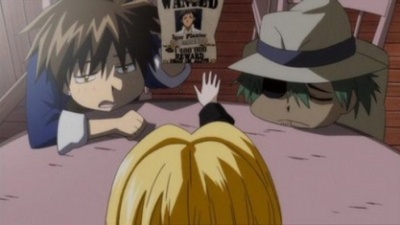 Rinslet Walker accepts a dangerous new job, seeking help, she looks for Sven to ask for his assistance. Meanwhile, coming to a new town, Sven, Eve and Train look for their next target, a man who works at the town's garden. Unbeknown to them, a group known as the Apostles of the Stars, people bent on the destruction of the world, are also targeting this man, though for a different reason. 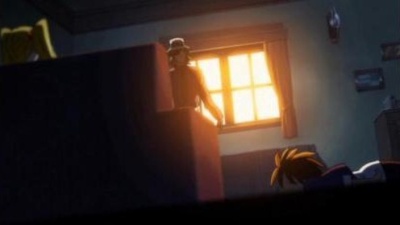 A man named Ganza is terrifying the residents of a town, coming out at night and killing people with his bare hands. Two members of the Apostles of the Stars attempt to recruit him to their group, but Ganza refuses, he'd much rather spend his time killing innocent people. Meanwhile, Train and the others learn of Ganza. Train, Sven and Eve come up with a plan to lure out and capture Ganza, but their plan doesn't turn out the way they had hoped. 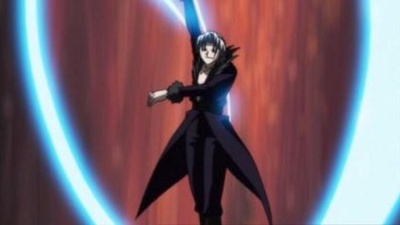 A summit conference between leaders is being held, and the Apostles of the Stars plan to interrupt it in the form of a revolution. Train, learning that Creed is alive, goes to confront him, abandoning his friends in the process. Eve and the others follow to try and stop the Apostles of the Stars from causing chaos. Sven has a terrible vision, and races to find and protect Train from powers beyond his current state.

When the world is full of corrupted people a secret organization chronos will sent an assassin to eliminate the said person but what if their greatest assassin got tired of killing and want start a fresh life will he find peace or just end up dying. Although you might find black cat a little unfinished because in the end Train will just disappear leaving his friend behind (not in the bad way) but i guess that's what he's like a stray cat. Black cat is one of the first anime that i watch and also an anime that i can recommend because its an anime consisting of good fight scene, a little humor and mystery.

I was apprehensive at first going into this anime and it was confusing at parts, however the characters were fun and the art was enjoyable, overall, it was worth watching.

Start a new discussion for Black Cat anime. Please be fair to others, for the full rules do refer to the Discussion Rules page.