15 children, 8 boys and 7 girls, are enjoying their summer camp together when they suddenly discover a grotto by the sea. When they enter the mysterious place they find a room full of computers, as well as a man named Kokopelli, who introduces himself as the owner. He claims to be working on a game which involves a giant robot that has been designed to protect the Earth from 15 different alien invasions. Kokopelli hasn't been able to test the game yet, so he persuades all but one of the children to sign a contract in what he claims will be a fun adventure. However, as soon as the contracts are signed things start to take a much darker turn. In Bokurano, the children must now pilot the giant robot Zearth one at a time in the hopes that they will have what it takes to defeat all of the upcoming enemies. But Kokopelli has left out one very important piece of information: the giant robot Zearth's energy source.
User Count12841
Favorites Count99
Start Date9th Apr 2007
Next ReleaseInvalid date
Popularity Rank921
Rating Rank1823
Age RatingR
Age Rating Guide17+ (violence & profanity)
SubtypeTV
Statusfinished 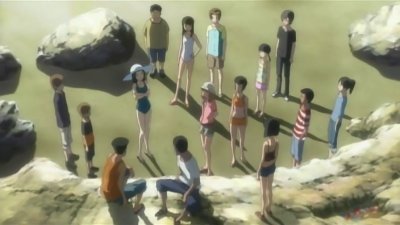 Fifteen children at a summer school program encounter the mysterious Kokopelli and agree to be testers for a game he claims to have completed recently. Soon, they are summoned into the cockpit of a giant mecha, with Kokopelli piloting. Thus the first round takes place. 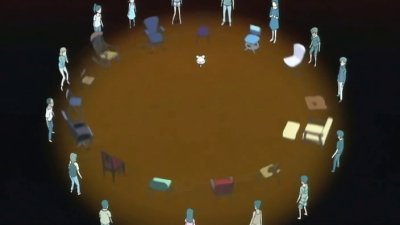 The children start having second thoughts about the game, but a floating being known as Dung Beetle appears and teleports them to the cockpit of the mecha, which the group later dubs Zearth. On the evening of the same day, a new enemy appears, and Takeshi Waku is chosen to fight it. 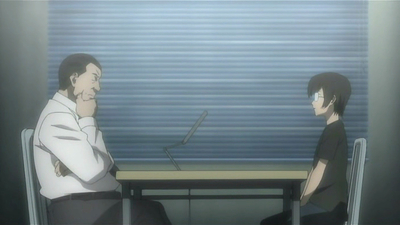 Takami "Komo" Komoda reveals the truth to her father, and while Waku's funeral is being held, Masaru "Kodama" Kodaka is selected to be the third pilot. 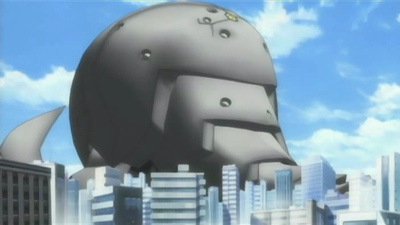 Kodama fights the third enemy without caring about his surroundings, causing many casualties in the process, until he discovers the meaning of losing someone important to him. 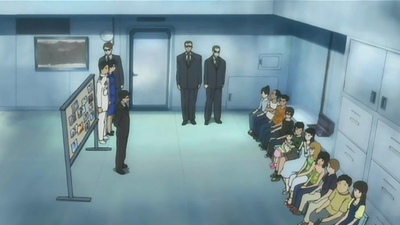 After the children discover the fate that awaits them, they are assembled and interrogated by the military, except for Isao Kako, who coincidentally is the next chosen pilot. 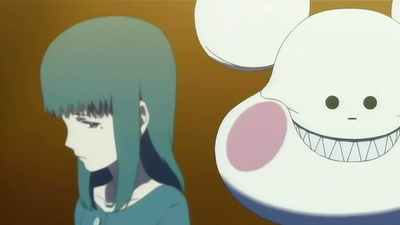 The children try to find Kako without success, until Chizuru "Chizu" Honda discovers where he is hiding and tries to cheer him up. However, Kako has other plans for her. 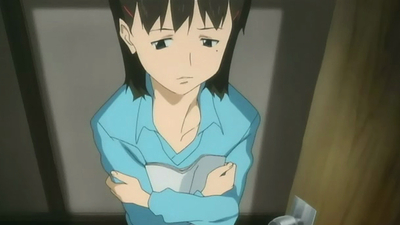 The story of Chizu's relationship with her teacher is revealed, before she is selected to replace the deceased Kako. 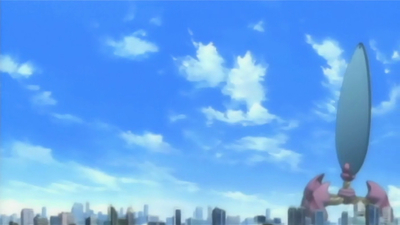 The fourth battle begins, but Chizu is more worried about taking revenge on her teacher than facing her enemy. 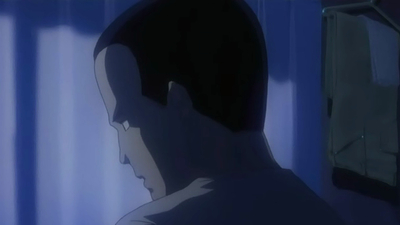 Selected to fight the fifth enemy, Daiichi "Daichi" Yamura's final wish is to spend his remaining time happily with his siblings, but his plans are ruined when the battle starts sooner than he expected. 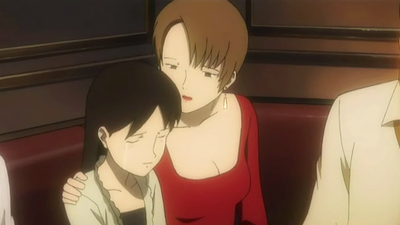 Bullied by her classmates because of her mother's questionable occupation, Mako "Nakama" Nakarai, after being chosen to engage into the sixth round, resorts to extremes to arrange money enough to complete a personal project of hers in time.

it wasnt sad enough honestly. Originally when i read the plot of this anime, i was expecting tears. When i started watching it, it amplified the thought. It was heartwarming and tear inducing. (not literally but im not an easy crier- so for anyone else it would make them teary eyed). Unfortunetly, the only thing that truely threatened tears, was the plot. The beginning helped formulate the storyline and exposed how depressing and traumatic the experience would be for those kids. As you go through the episodes, there are some sad moments, but after you go through half the series, it's not as touching. The individual stories are definitely heart breaking, but it never felt like the deaths of the children prior had any permanent or lasting effect to the kids that were left. The anime never emphasized how each one of them was TRUELY gone. As the anime progressed, i expected them to show how one more chair was empty, but when a character was gone, i didnt really miss them. It felt like once the characters died, it was like they never existed. I have conflicting feelings about how they progressed the story. Like i said above, they never emphasized how hopeless the situation is. After each episode, a kid would disappear. It personally didnt seem like the characters remembered them anymore. I would rather see how the kids were tormented about their hopelessness, but the story seemed to focus on acceptance and each individual kids problems and resolving them before they died. The anime focused more on individuals instead of friendship. I gave this anime a solid 8 because it was a great anime indeed, but it didnt focus on what i personally wanted to see. Like i said, i wanted to see a little more of how they reacted to the characters before them gone. The individual stories were amazing in itself, and maybe they didnt create character ties because they didnt have enough episodes. (24 is a set i think- ...) Maybe if they had more episodes they would have been able to emphasize how death amongst friends impacted the characters. EDIT:my gradebook is slightly different then most- but even if i gave it an 8, for most others it probably would have been a 9.im bad at explaining myself but to wrap it up and repeat myself for those that STILL dont understand what im saying:what i expected to watch was a little more trauma between the deaths of their friends- but the plot only expressed the trauma on their own deaths. The characters were heartwarming, but the ties between the characters were almost non-existant.

A great, strong plotted and deeply interesting series. Personally, I found that the flagship of this series in undoubtedly in it's strong, and incredibly enticing story line. The play of events were very smooth, wholly consistent and genuinely pulled me in to the anime. I was able to fully immerse myself in to Bokurano (nothing too overboard though, haha) as different emotions were passed through the story. Possible spoiler As the anime goes through the lives of the 15 main characters, several different emotions and ideas are vividly brought out. The strongly contrasting characters, with their equally as contrasted history and backgrounds, really did provide a gripping strong story line. I was practically able to watch the whole series in one go; no tension, suspense or excitement is lost through episodes. The ending too I feel is something to really comment on. It wasn't anything which made you feel as if you were still hanging on to something. A nice well rounded ending I believe is something crucial to a good anime, and this series certainly has one. End of spoiler Visuals, perhaps, I wouldn't regard to be the epicenter of this anime, however will not say that it was anything far too disappointing. Character development was rich and very well done. To those who ponder, this series I feel will be an especially enjoyable one as it provides you with several ideas and issues to think about. You'll see yourself being immersed in such thoughts as you go through this series. **<u>Conclusion:</u>** In my personal opinion, I would say this anime is not for those who are specifically interested in to hardcore action and mech-*stuff*. It is more for those who have an open mind, and like to think on ideas and thoughts of others. I find it somewhat difficult to categories this anime in a particular genre, as it does exhibit several different feelings and emotions. Looking at what HB has said, I would put emphasis on Psychological, Sci-Fi and Drama. Being a science fiction story, I still do think that it is down to earth, in its own respect; somewhat Slice of Life too. Well, I guess you won't know till you watch it ;) In terms of episodes, I don't think this series is too long or too short. The story is very nicely covered in the provided 24 episodes.

Honestly, it's been weeks since I finished it and this anime still haunts me. I would describe the tone as "ominous"; there's always the foreboding sense that something is going to go awfully wrong, and yet when it does, it is still surprising. I would highly recommend it to fans of shows like Madoka and Evangelion, as like those works, it is also a brilliant deconstruction of its genre. Overall, a very memorable watch.

GIant fighting Robot Battle Royale. What more could you want?

Start a new discussion for Bokurano anime. Please be fair to others, for the full rules do refer to the Discussion Rules page.