A great war occurred in the 20th century between humans and monsters. Since that time, the monsters rule the world in fear but keep relatively hidden from public view. A boy named Bokka ponders the past and wonders what became of the Meros Warriors who defended the world so bravely against the demons. He soon meets Kurofune and learns of the power of the Meros and the I-bar machines they ride in battle. Warriors are the only ones who can see and hear the Melody of Oblivion, a phantom girl hidden away waiting to be rescued and be the savior of mankind. During a battle between Kurofune and a demon, Bokka discovers something only his wildest dreams could possibly imagine...he too can hear that melody. Throughout his journeys, Bokka meets many monsters and their agents, friends, and companions as he discovers the true extent of his new powers. He must continue to battle evil in the hope of releasing Boukyaku no Senritsu and free a world that has forgotten its once beautiful melody. (Source: ANN)

All Boukyaku no Senritsu released episodes 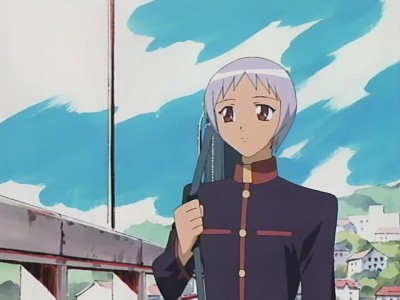 Bocca Serenade, is unhappy with his high school life. And wants to become a warrior like the ones from the story told to him by Tsunagi. 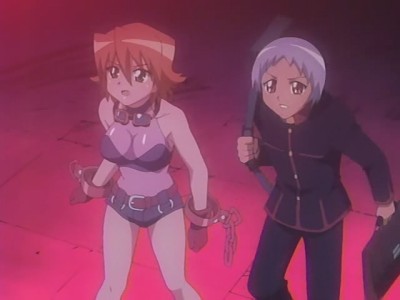 The Beginning of the Long Journey After-school

Bocca has become a Meros Warrior, and Tsunagi gives the young warrior his own Aibar machine. Left with more questions than answers when Tsunagi abandons him, Bocca once again encounters the pickpocket, Sayako. And the pair soon finds trouble in school. Cape of the Midnight Sun

After going on their journey, Bokka and Sayako arrive in a town called "Bakuyagou", or "White Night Cape", where it's always dark, and morning never rises, making it a perfect place for tourist attractions. It also seems like whenever the mysterious lighthouse shines red, no child appears on the streets, for they fear that their children would be killed by something. Bocca came to ask a knowledgeable lady about Melos Warriors. Bocca also found himself saving a young girl, Kew, from a robot creature, who was conveniently a little sister of the owner of an inn, who allowed them to stay for the night, as a debt. The two travelers knew there was something wrong with the city, since the residents didn't seem like they wanted to be saved or anything, even though there was something as dangerous as the robot creature. What lies in store for them? What is wrong with White Night Cape? 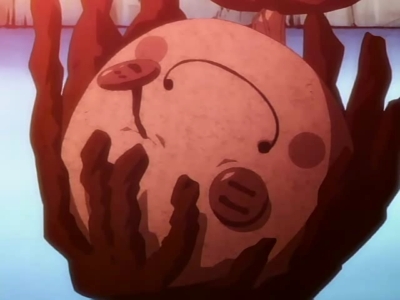 Bocca finally learns that the robot creature he fought before was from the organization, Monster Union, who are humans who serve under the monsters, using the robot creatures as their weapons.Keiko Hamasaki, the sister of Kew, and the owner of the inn, remembers her past, and is reminded of why she joined the Monster Union. Later, the robot creature strikes again, and Bocca is faced with it again, giving Bocca a great surprise. A Voice That Will Reach You

Although knowing the problems of White Night Cape, Bocca continues to try and destroy the Monster Union robot creature. Everyone in the town knows of his intentions, and sends Bocca into jail. Sayako finds out that Kew knows about Keiko siding with the Monster Union, and saves Bocca from jail. Even with Sayako's warning, Bocca still calls for his Aiba-Machine and tries to save Kew from her sister's hands. The battle of Bocca vs. Midnight Fledgling begins. Valley of the Pyramid Scheme

While following Kurofune, Bocca and Sayako encounter a dead end, but finds 'Nezumikoukoku', or 'Pyramid Scheme Valley', and also find a dam with a mural of a tear on it. The duo goes to it, and find a beautiful boy with sky blue hair. They also meet up with the artist of the mural, Eichi Hikoyama, who seems to be hired by a woman named Miri Kanaya who owns the dam. Miri also owns mice that gather tears around the world for her dam. Bocca and Sayako pass as art students for Eichi, and stay in the village. The two find out from Eichi that the boy from the dam was neither Monster nor human, and people call him a demon, and despise him. The next day, Sayako found a girl with a large jewel around her neck, and decided to try and steal it. Meanwhile, another robot creature appears in the valley, of which Bocca quickly drives away. While he tries to chase it, he encounters a whole bunch of mice, who attack him. With an odd sound, he realized he was saved by the girl Sayako met. When she saw he was a Melos Warrior, she quickly drew her bow, and pointed an arrow at him. Exactly what's up with this place? 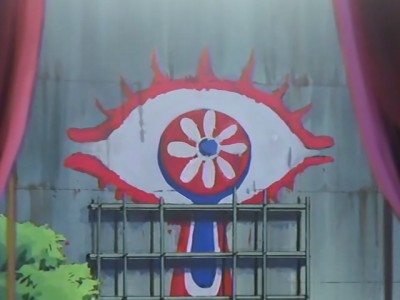 Bocca learns that the girl who had aimed her arrow at him is named Tone. And she appears to hate Melos Warriors. He also learns that the technique that she uses to drive the "working mouse away" is a Melos technique. However he notices that she has no stigmatic mark on her arm. On learning of Tone's return to the valley, Miri Kanaya becomes agitated and recalls back her earlier years, of how and why she joined the Monster Union. The relationships between her, Tone, Eichi Hikoyama and the blue-eyed boy are also revealed. 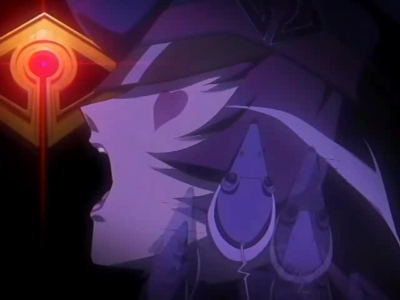 The Distant Road of Destiny

Eichi completes the mural on the dam's wall, he tells Tone that the rest will be left to them before he leaves. Miri under the orders of the Monster, rides her 'Rat Monster' for a final battle with Bocca. Bocca uses the "Crying Bow String" technique to defeat Miri. The Dam is destroyed to reveal Eichi's final work. When Tone and Bocca part their ways, it is revealed that the blue eyed boy is Tone's Aibar machine. Bocca also spots Tone's stigmatic mark on her thigh. 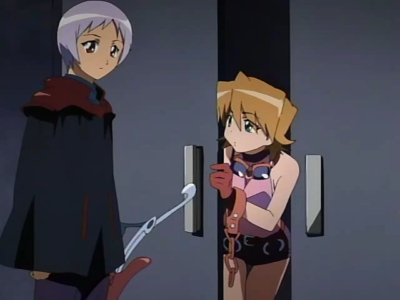 Bay of the Ape-man

Bocca and Sayoko arrives at a huge industrial region. Sayoko befriends a strange girl by the name of Coco. Coco tells Sayoko that she is involved in a theatrical play nearby. Bocca and Sayoko later meet up with a guy who offers Bocca a job as a security guard. And while Bocca faces a team of saboteurs of the delivery truck that he is protecting, Sayoko is taken prisoner by the guy, who reveals himself to be a member of the Monster Union. Bocca's bow is damaged during battle, but his Aibar machine provides him a more stronger bow. As the battle goes on, the saboteurs which includes Coco, realizes who Bocca is and stops the battle. They show Bocca the contents in the truck and brings him to see someone he knows. 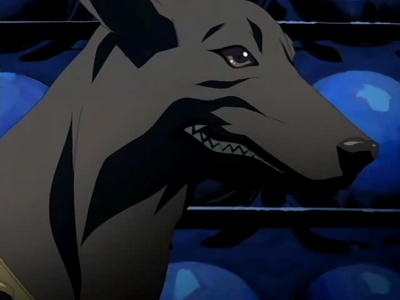 Start a new discussion for Boukyaku no Senritsu anime. Please be fair to others, for the full rules do refer to the Discussion Rules page.