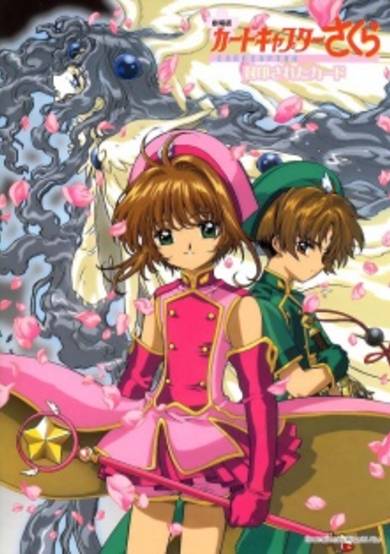 During the summer holidays, Sakura and her class are preparing to present a play at the annual Nadeshiko Festival. The unexpected arrival of Syaoran (and Meiling) give Sakura the courage to finally reciprocate her feelings. But as the cards begin to disappear one by one, Sakura discovers a single cards still remains. One with power equal to all hers... It is during this summer that Sakura faces her final battle.
User Count9182
Favorites Count81
Start Date15th Jul 2000
Next ReleaseInvalid date
Popularity Rank1254
Rating Rank556
Age RatingPG
Age Rating GuideChildren
Subtypemovie
Statusfinished

\*This will just be a brief, non-spoilery collection of my general impressions of this film.  \- This film contains a bit of everything: great comedy scenes consisting mostly of the gags that you know and love from the TV series, colorful action sequences that arguably surpass those from the TV series, and a fair share of well-realized intimacy and small, cute interactions between certain characters. Admittedly I was left wanting a bit more at the end, but that didn't detract much from the overall immense enjoyment I got out of the film.  -The animation is vastly improved and the art is distinctly more crisp compared to the TV series. Viewers will notice a clear upgrade in visuals.  -The credits song to this movie, "Ashita e no Melody," by CHAKA is an upbeat pop song that serves its purpose to a tee in illustrating the mood of the ending moment.  The background music does its job well in accompanying scenes without becoming overbearing, mostly utilizing music from the TV series except in a few instances.  Overall, I thought this movie delivered on all fronts and would fully recommend it.

Start a new discussion for Cardcaptor Sakura Movie 2: Fuuin Sareta Card anime. Please be fair to others, for the full rules do refer to the Discussion Rules page.