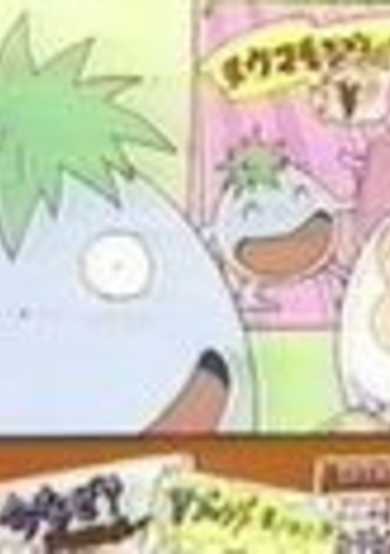 It’s the night before the fair celebrating the Kingdom of Guardia’s one thousand year anniversary. When the humans have gone to sleep for the night, excited about the next day’s celebration, the monsters come out to play. Nuu and Mamo are two little monsters itching to have their own adventure in time and space, and their adventure group Nuumamonjaa is recruiting new members. Since neither is particularly strong in the brains department, their adventure turns into a disaster as they get into one mishap after another. A fast drinking competition, a close encounter with a robotic cat, and a high-speed car chase—this might be more adventure than the tiny duo bargained for!
User Count696
Favorites Count1
Start Date1st Aug 1996
Next ReleaseInvalid date
Popularity Rank5542
Rating Rank10640
Age RatingPG
Age Rating GuideTeens 13 or older
SubtypeOVA
Statusfinished

I'm just going to start off by saying Chrono Trigger is one of my favorite games of all time, so I'm coming in a little biased to this... or that's what I would be saying if this was anywhere as enjoyable as the game. This was one of those anime that I really wanted to like, I went in excited to see what a Chrono Trigger OVA would be like. It turns out that it was nothing like I expected, and not in a good way. The final product turned out mediocre at best, which might be the worst for anime since it's not a fun watch, nor is it laughably bad. If you are a fan of Chrono Trigger, check it out, you might like some parts of it, though if have never played the game before, sit this one out, you'll be doing yourself a favor.

Start a new discussion for Jikuu Bouken Nuumamonjaa anime. Please be fair to others, for the full rules do refer to the Discussion Rules page.