Ryo Saeba works the streets of Tokyo as the City Hunter. He's a "sweeper" and with his sidekick Kaori Makimura, he keeps the city clean. People hire the City Hunter to solve their dangerous problems, which he does with a Colt Python. When Ryo's not working on a case, he's working on getting the ladies, and Kaori must keep him in check with her trusty 10 kg hammer. (Source: ANN) 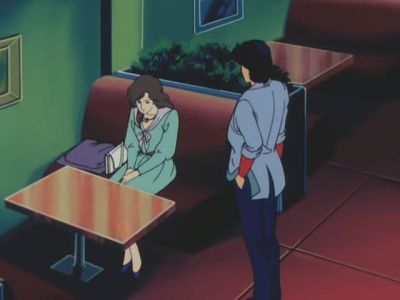 One Cool Sweeper! XYZ is a Dangerous Cocktail

When there is a spate of random shootings in Shinjuku, a sister of one of the victims wants Ryo to catch the killer and bring him to justice. But Ryo can tell that there is much more than justice that his client is interested in. 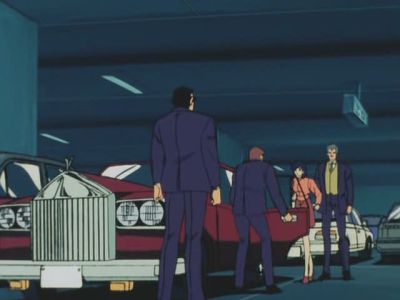 Ryo's client is a daughter of a known scientist who developed a deadly microbe that could render humanity sterile. His client wants him to protect her at all costs while she develops a vaccine, but should she be captured, she wants him to kill her before terrorists can extract the knowledge of the microbe from her. 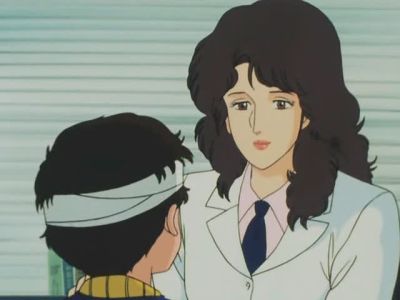 Love Don't Leave Me! A Ten-count to Tomorrow

A boxer is killed over a fight for a championship title, and Ryo must deal with the victim's rival obsessed with glory. At the same time, he must deal with the boxer's girlfriend, whose pain is not only in her heart, but also in her body as well. 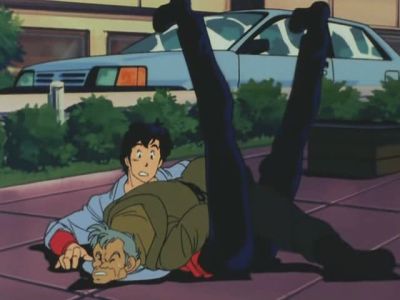 Lady Vanish! Boutique of the Shadows

Ryo's partner Hideyuki is frantic over the disappearance of her sister Kaori as a spate of abductions of women have swept Shinjuku. As he is trying to find his partner's sister, he comes across a man who is not who he seems to be. Together, they must find the secret into the kidnappings. 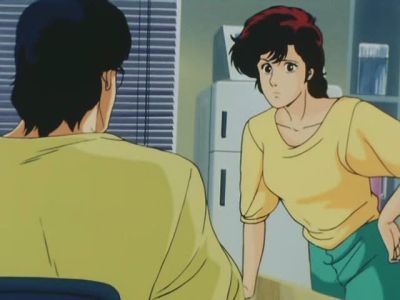 Goodbye Makimura. A Tearful Birthday on a Rainy Night

Hideyuki is killed on Kaori's birthday as he refuses to do a request for the head of a powerful crime syndicate. Ryo must avenge his death.

No Romance for This Actress! The Last Shot for Hope

As Kaori takes over as Ryo's new partner, Ryo is called upon to solve a string of incidents involving actress Yumiko Sato. As he delves deep into the mystery, he comes across a powerful adversary, as well as a client who may have a deadly death wish. 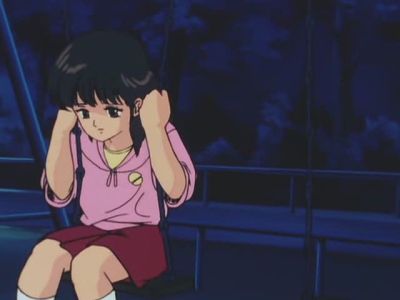 A Gunshot to Set the Heart A Flutter! Sad, Lonely Girl

Ryo's client is a man who wants to fake his own death to be free from a powerful politician so he could be reunited with his daughter. The man admits to be spineless but he is more than meets the eye. Ryo must masquerade as the hitman not only to save his client, but to ensure that the men working for the politician do not bother his client again. 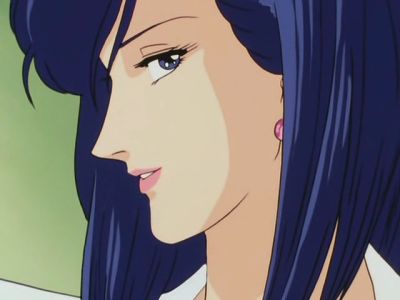 A One-Hole-Shot to a Lovely?! Hands Off My Lady Detective

A Police detective named Saeko Nogami hires Ryo to obtain a crown containing a microchip which has stolen top secret plans inside. While Ryo agrees to do his job, he awaits his ""payment"" which leaves Kaori confused as to how this payment would be applied. 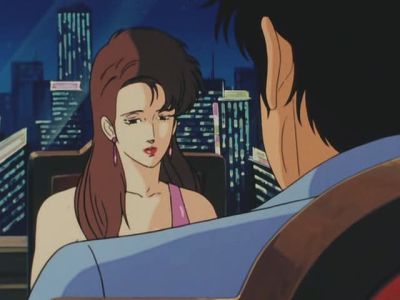 The Gambling Queen. A Bet for Wonderful Love

Ryo must protect a lovely casino dealer as she prepares for a showdown with a rival syndicate in order to win her freedom. Meanwhile, Ryo is pitted against a powerful gambler who exploits Ryo's weaknesses to their fullest extent. 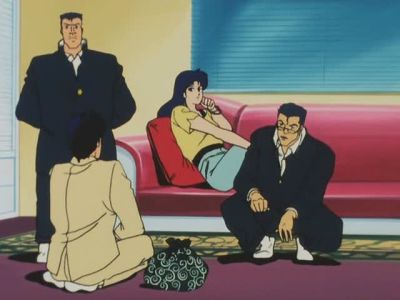 One Dangerous Tutor: Home-Cooking from the Heart for a Sukeban

Ryo is tricked into doing bodyguard work for the daughter of a Yakuza Boss being stalked by a biker team. Ryo realizes that the daughter is the leader of a female gang at her school, and finds there is much more than what the Yakuza boss is requesting.

This masterpiece is truly one of a kind. I have no clue as to why this gem of the late 80's is barely known. Story - 8This anime follows the adventures of Japan's premier hired gun, Ryo Saeba. I gave the story a 9 as there is really no overarching story, or various story arcs. Instead, this series is rather episodic, with many single story episodes with a few 1-3 mini arcs spread throughout. This, however, can also be seen as a forte to this series, as this series isnt hindered by fillers, drawn out fights, repetition, or slower parts like some other series of similar lengths are. Each episode is interesting, especially the mini arcs which usually tend to be deeper in nature. Basically, almost all the episodes follow the basic formula of a beautiful female client who calls upon the help of the highly skilled Ryo Saeba. Do not worry if this sounds repetitive, as each episode definitely holds its own. A great overall story is usually a big must for me in judging an anime, but City Hunter easily gets away with this with its engrossing episodes and strong character interactions (especially if you consider day-to-day living, slice-of-life, etc) and various developments. Basically, this aint no Death Note in terms of plot, but there is a tale of being to be told.Art - 10I give the art in this anime a 10. First of all, I am judging the art based on the time period it was made. Still, even compared to modern drawing techniques, this anime would get a 9. The art in this anime is fantastic, even by todays standards. The backgrounds are highly detailed and truly give a correct feel for the atmosphere of the settings. The drawings of Shinjuku really come to life as a bustling metropolitan area. Details are not spared in any way. Drawings of the characters are also top-notch. There is a perfect mix of realism and cartoonism. The characters are realistically drawn, with the exception of some disproportion during the comedic moments. Sound - 10The soundtrack of City Hunter is a serious plus for this series. The opening and closing songs perfectly capture the late 80's feel of the series. The background musics are also fantastic and are reminiscent of an 80's/early 90's Hollywood cop movie. Fitting songs pretty much play at all the right times during the series. Character - 10City Hunter makes up for a lack of overall story with incredible characters. This is especially evident in none other than the main character, Ryo Saeba. Ryo Saeba is typically seen as lazy, easy-going, jovial, and perverted man despite his reputation as one of the most skilled sweepers in the world. However, underneath this appearance is an extremely complex character with an intriguing past. Furthermore, he also has a very strong sense of justice and has a strong sense of what is right and wrong. He is pretty much what many of more recent series' main characters are based on (ex - Spike from Cowboy Bebop, Onizuka from GTO, etc). Besides Saeba is a host of other characters. There is his partner, Makimori, who is also a very complex character. There are also re-occurring characters whose relationships with Ryo become uncovered during the course of the series. Basically, this series has very likable, three-dimensional cast that will make sure that you keep on watching.Enjoyment- 10The enjoyment factor for this series is immense. High quality action, loads of comedy, and engrossing characters pretty much define this series. Although City Hunter might seem like a serious, action oriented series at first, the comedy in this series is plentiful and is amongst the best i have seen in an anime. Overall - 10This timeless classic excels in pretty much everything and is definitely unique amongst the 1000s of animes out there. I am very glad that I didnt miss this great series about one of the greatest characters in anime.

Seriously.. 80s anime does had some content in it. One of my all time favourite anime. Ryo Saeba + Mokkori = Unlimited Enjoyment xD

Start a new discussion for City Hunter anime. Please be fair to others, for the full rules do refer to the Discussion Rules page.