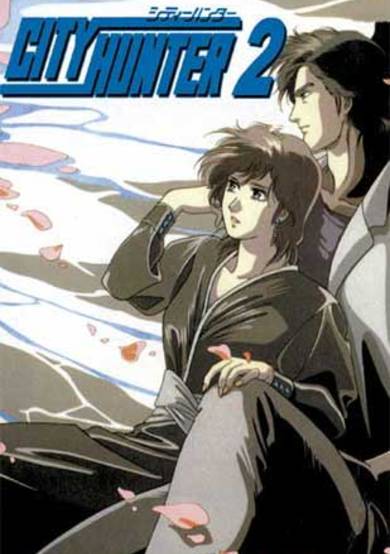 Ryo Saeba is a "sweeper" know as the City Hunter. He and his sidekick Kaori Makimura are hired to solve problems that the police can't (or won't) handle. When he's not keeping the streets of Tokyo clean, Ryo is chasing the ladies, and Kaori chases after him with a giant anti-ecchi hammer. (Source: ANN)
User Count1666
Favorites Count9
Start Date2nd Apr 1988
Next ReleaseInvalid date
Popularity Rank3824
Rating Rank843
Age RatingPG
Age Rating GuideTeens 13 or older
SubtypeTV
Statusfinished 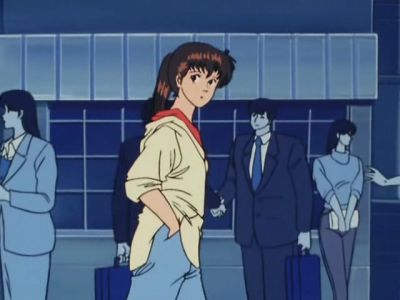 Ryo's her Future Husband? Her Horoscope says she will meet and marry him! (Part 1)

After helping to protect a young girl named Akemi from some ruthless thugs, she insists that Ryo is her future husband and that they were destined to be married. While Ryo is able to get away, Akemi decides to enlist his help as her bodyguard to protect her from an unknown assailant named Kaijin X. In fact, the marriage story is a farce so that Akemi can leave her career as a young model. 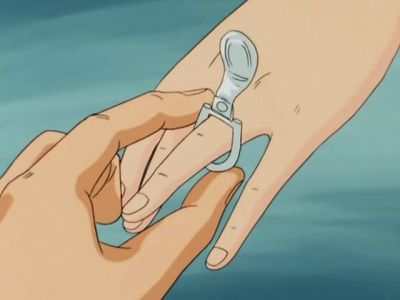 Ryo's her Future Husband? Her Horoscope says she will meet and marry him! (Part 2)

Ryo discovers that Akemi is being targeted by a professional assassin named the Silver Fox. Ryo must protect her while helping her get out of a career in entertainment. 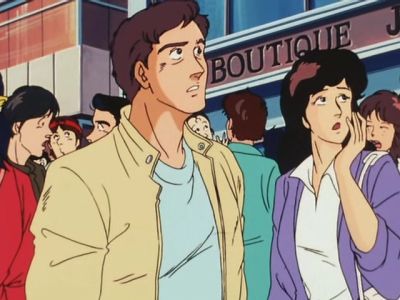 Humiliated in their last encounter, the Silver Fox pledges revenge against Ryo. He issues a formal challenge to Ryo by saying that he has targeted Kaori, Ryo's "lover" for death and that Ryo must protect her from his attacks. When Kaori confronts Ryo about this, Ryo acts non-commital to the challenge. After an incident in which Ryo falls for a trick set up by the Silver fox, he informs Kaori that she is no longer to be his assistant. 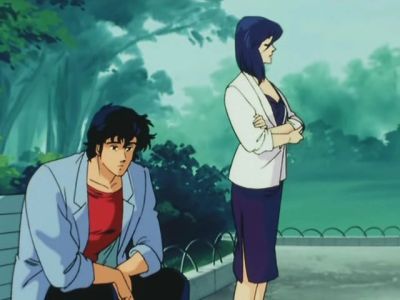 Kaori seeks hiding from the Silver Fox with Umibozu. She then catches Ryo babbling to Saeko babbling about how Kaori is just crazy about him and how he does not really care about her and that Kaori is unfit to be Ryo's partner (even though Ryo really cares for Kaori). With that revelation, she seeks training in creating boobytraps from Umibozu and seeks to take matters in her own hands by challenging the Silver Fox herself. 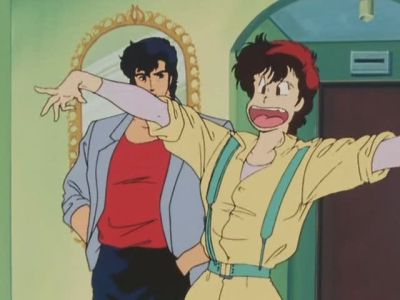 While doing research for a hardcore mystery novel, the publishing company sends a bodyguard to guard Azusa while she completes her book. Her adventures include visiting friendly Yakuza, an interview with Umibozu, and a plot to kill the friendly Yakuza boss. What she does not realize is that the City Hunter is the bodyguard hired to protect her. 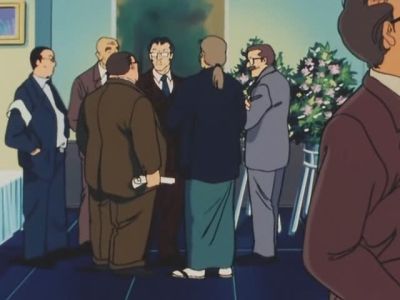 Ryo's a Nude Model: The Beautiful Artist who stole a Masterpiece

After stealing a supposed forgery of a masterpiece, the daughter of a famed artist requests Ryo's services to help her expose her father's former protege as a fraud. 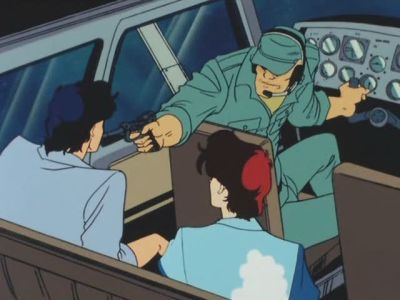 Ryo and Kaori travel to an isolated tropical island to help a young girl protect the ecologically sensitive island from thugs looking to harvest its valuable mineral resources. 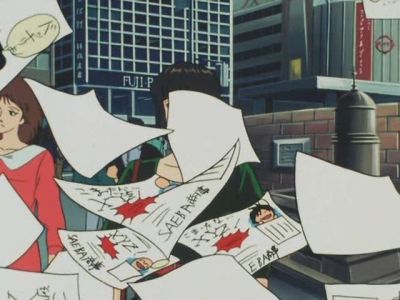 A Dangerous Detective before you know it: Welcome to Tokyo, Father

While shopping for dates, Ryo comes across a young woman who decides to parade him in front of her country-living father in order to convince her father that she is seeing someone and wants to stay in the city. When her father notices that Ryo has a gun, Ryo tries to pretend to be a police detective, steals a police car, and promptly gets involved in trying to break up a hostage situation during a bank robbery. 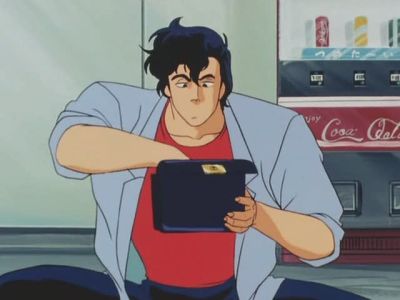 Moving Violation in Love: Ryo and the beautiful Motorcycle Cop.

Ryo and Saeko's date is interrupted by the discovery of a known fraud, and the subsequent traffic stop by a beautiful traffic cop. Meanwhile, Kaori finds that she was ripped off into buying a fake designer fur coat. The traffic cop then decides to help Ryo find the fraudster, whom is also the suspect Saeko is after. 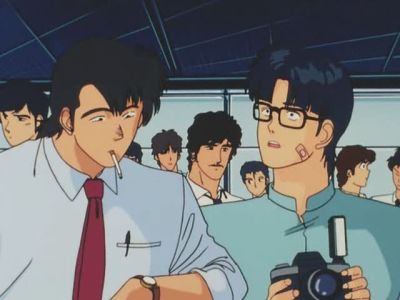 Ryo is hired to protect Princess Alma, an apparently bratty young but smart girl, as well as her servant, the beautiful Salina. When Ryo initially refuses to do the job, Princess Alma offers to give him his very own personal "harem" in their home nation. But Ryo is enchanted by Salina, but is unable to touch not only out of fear for losing the harem, but because Salina possesses a strange aura that prevents Ryo from touching her. Kaori discovers the truth about Alma and Salina, that they had switched identities in order to throw Ryo off. But when Kaori and the real servant plant an idea that Salina (who is really Alma) is really a man, the real Princess Alma gets upset and runs away, realizing that she has fallen in love with Ryo.

Start a new discussion for City Hunter 2 anime. Please be fair to others, for the full rules do refer to the Discussion Rules page.