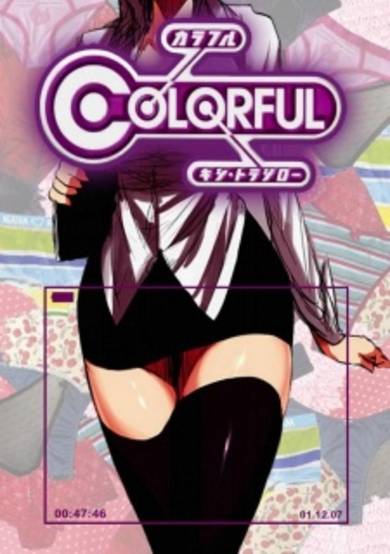 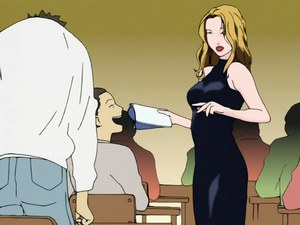 Much to the Coach’s dismay, track star Yamamoto has a conflict—the big meet is the same weekend as her starring role in the school play. 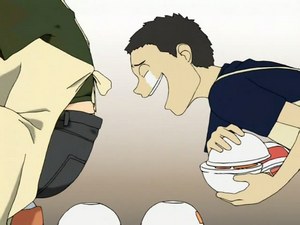 When a religious celebration hits campus, Itani falls for a beautiful born-again Christian, while Hirokawa comes up with a brilliant moneymaking scheme—the Jesus Piggy bank. 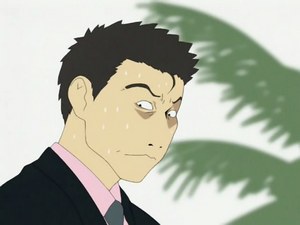 It’s war between Itani and Hirokawa when Professor Pamela needs a teaching assistant. Meanwhile, Coach’s mother blows into town. And when a real hurricane approaches, the local weathergirl’s career aspirations whip up a competitive storm for Shimoi. 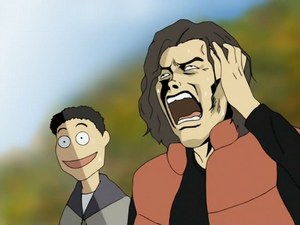 As the holidays approach, the boys get jobs for Christmas. Shimoi tries her hand at consumer reporting. The Coach’s Christmas turns tragic when Yamamoto gets an offer from another college. 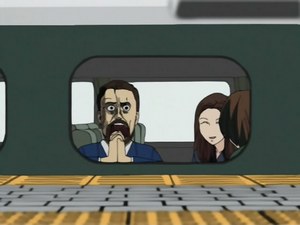 Afflicted with a losing streak, the Coach is forced to come up with some kind of healing for the girls who believe their team is cursed. Meanwhile, Itani tries to win a real live woman with dire consequences. 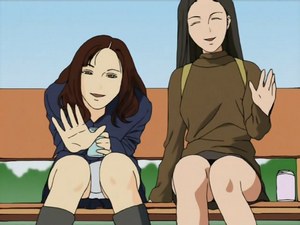 When Itani finds out his GPA is so low he may get kicked out of school, Hirokawa suggests sneaking into Professor Pamela’s home. But the boys find something much more shocking than the answers to the upcoming final. 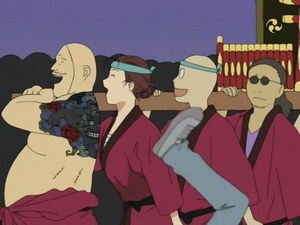 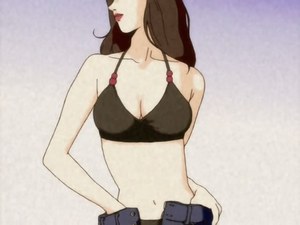 Itani checks out some sexy girls at the mall. Meanwhile, the pervs at the shoe store play paper-rock-scissors to decide who will get to assist the store's sexiest patrons. 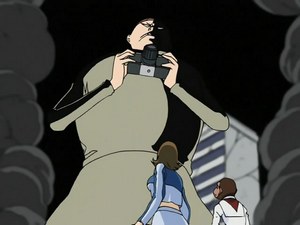 A darkened movie theater proves to be the perfect place for looking up skirts. Springtime is nigh and full of blossoms. One photographer's desires are blossoming along with it! 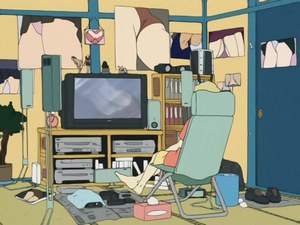 Itani almost can't handle how hot his professor is.

"Colorful" is basically an anime comedy sketch show. Some of the clips are running jokes featuring recurring characters, but most are independent from one another. One thing all the clips have in common is that they're all ecchi in nature, primarily backed up by the same idea - they're all about lecherous men thinking up new and "innovative" (I'm putting the word in quotes cos it seems kinda wrong to use it in this fashion) ways of peeking up girls' skirt. Considering the "inspiration" (again... just doesn't seem right to use a term with positive meaning here) behind this show, it would need to do something pretty damn special to end up as anything other than awful. It probably comes as no surprise that it doesn't manage to do it. A lot of the jokes are very repetitive, with almost exactly the same idea often being applied over and over again to different clips featuring different characters. Admittedly, some of the jokes were actually quite cleverly executed and had me chuckling in mild amusement... but those are in the minority. Most of the material were just dull, and seeing them recycled didn't make them any funnier. The ending was completely random... I've no idea what they were trying to do there, but it totally sucked.I'll say this for "Colorful" though: I haven't seen the sketch show format being used in anime before, so I guess it's kind of original in concept. And that's about all the positives I can think up. I guess you could try it out if you're desperate to watch something mildly amusing to burn time. Since each clip is only a few of minutes long, watching this isn't too painful. In fact it's a bit like reading a couple of paragraphs from a tabloid newspaper while you wait for your takeaway - short, crap, but funny... funny in a so-bad-it's-funny kind of way.

Start a new discussion for Colorful anime. Please be fair to others, for the full rules do refer to the Discussion Rules page.