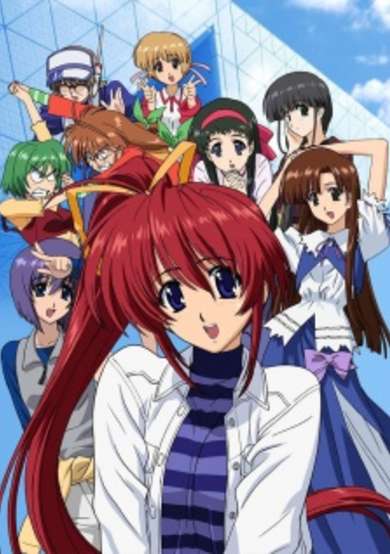 Aya's comic sales are nonexistent, but Subaru is determined to save the day. Soon enough everyone is giving Aya advice. Reiko's got the best idea: costumes! Can Aya's new look draw the fans she's been hoping for at the next ComiPa? 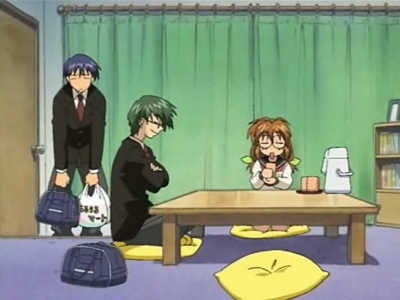 With all your Heart and Soul

Eimi's never been to the beach, and when she's assigned a summer class her dreams of a vacation are dashed. She schemes to keep it a secret so Kazuki will take her anyway - but she's got to avoid everyone else, too! Something smell fishy to you? Rivals Eimi and Yuu are booked for the same table for the upcoming ComiPa, and sharing for these two is not an option. To settle the matter, the girls unleash all their secret weapons at a baseball game showdown of epic proportions! 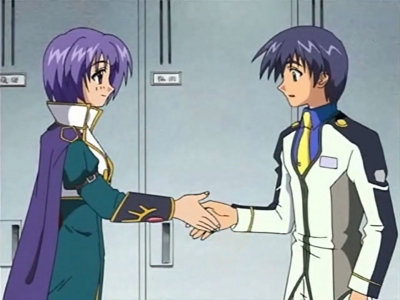 I Really have NO Money

Convinced that all manga writers must experience the throws of love, Minami innocently confuses idol Asahi for an aspiring doujinshi author and sets her up on a date with Kazuki! Asahi's disguise doesn't fool Kazuki, who gets to the heart of the matter. 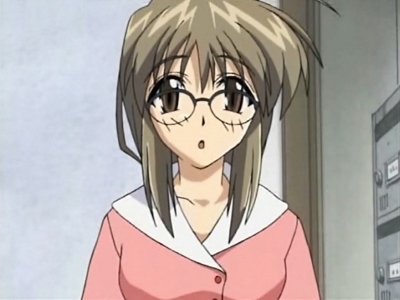 That is the Question

Mizuki has a knack for cosplay, but she's totally creeped out by the obsessive fans. When a cosplay contest comes to town, Reiko, the reigning queen of costumes, makes a bet with Mizuki, and Kazuki's future is the prize! Why doesn't he have a say in this? 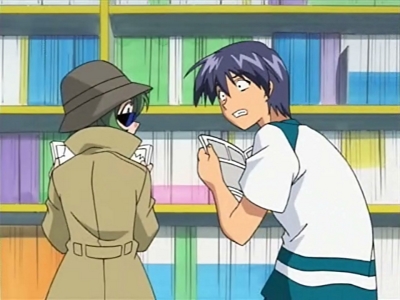 Chisa's father collapses at their family print shop. Subaru comes to the rescue, and the two form the ultimate team…of utter chaos! When Subaru's plan to pull the shop out of debt backfires, they'll need a miracle to keep the printer's rolling. Hope of the Festival

An out-of-town Comic Party is on as the whole crew travels to Yuu's family inn for a steamy hot springs vacation. Yuu's got enticing plans for Kazuki, and he's got nowhere to run to avoid the inevitable. Hop in, the water's fine! 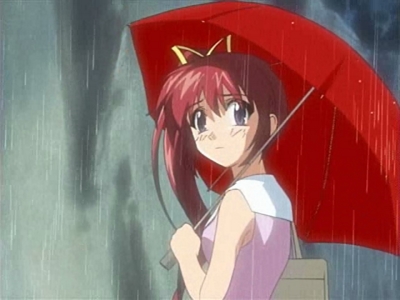 The heat is on when all the girls of ComiPa partner up for a doubles tennis tournament. When healthy competition turns into foul play, Mizuki holds nothing back to get the sickly - but determined - Ikumi the victory she deserves. 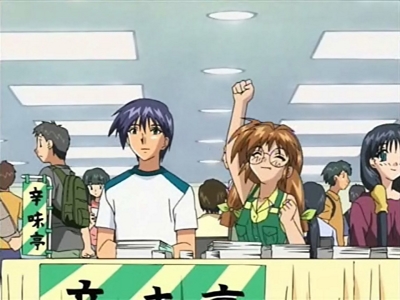 I Can't Throw Away my Dreams

What the gang expects to be a peaceful camping trip becomes Taishi's hysterical idea of survival training: they must win a game of laser tag against an undefeated team of weirdoes in fatigues in order to return home. The Distance between the Two

When Eimi spots Asahi alone at the arcade, she decides what the famous singer needs most is a best friend. While Eimi teaches Asahi the ins-and-outs and ups-and-downs of friendship, the idol's fans won't stop mucking up the fun.

In my experience in life, which albeit isn't very long in the grand scheme of things, have I ever seen a man who writes doujinshi or comics have as many as 6 women fawning over them. Now this is anime and this is a work of fiction so realism is out the door, but I mean what in the hell. How does this man just magically have these women surround him in a fashion that is akin to flies and crap. It would be much easier to follow the story (or what is called the story) if there wasn't so many freaking characters. I found myself having to pause to see who was talking in what scene and what they were saying. I get the creators were trying to add some slap-stick humor in it, but it honestly felt really forced and I didn't laugh. Overall I didn't enjoy it and I do not recommend people to waste their time with it.

In order to understand the horror this anime inspires in me, you have to understand that it was follow-up to one of my favorite anime, *Comic Party*. The show, while not perfect, was very inspiring to me, seeing as I make comics myself. It actually showed the process of selling fan comics at a convention, and somehow managed to transport you into its world. The series covered similar territory as *Bakuman*, however it brought its own style to the table with its quirky humor, dōjinshi-focused angle, and arc regarding lost motivation. After finishing *Comic Party*, I dove into *Comic Party Revolution* with high expectations, which were crushed within the first minute. Why did they destroy the only interesting aspect of the show to focus on annoying, repetitive jokes and formulaic plotlines?! Where the first series was cute, the second was obnoxious, where the first was charming, the second was galling, you get the idea. Even on it's own terms it's a terrible anime. I hope someone comes along and offers a proper sequel at some point. Until then, switch to *Bakuman*.

Start a new discussion for Comic Party Revolution anime. Please be fair to others, for the full rules do refer to the Discussion Rules page.