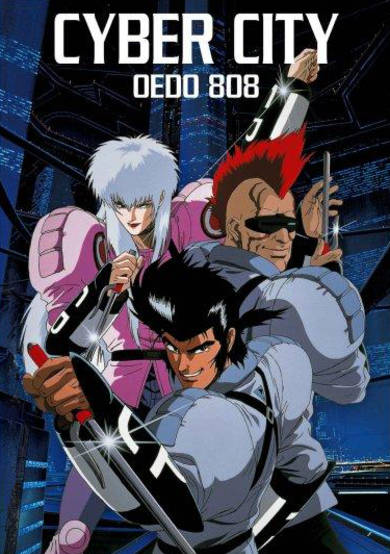 It is the year 2808. Three convicts are recruited as members of the Cyber Police to keep major criminal activity in Oedo (formerly Tokyo) in check. In return, their life sentences will be reduced by a few years for every mission accomplished. However, to ensure that these convicts are doing their job, the police have secured special collars around their necks. If they attempt to remove their collars or fail to meet the time limit of their mission, the collars will self-destruct. (Source: ANN)
User Count1807
Favorites Count11
Start Date21st Jun 1990
Next ReleaseInvalid date
Popularity Rank3690
Rating Rank3881
Age RatingR
Age Rating Guide17+ (violence & profanity)
SubtypeOVA
Statusfinished

Start a new discussion for Cyber City Oedo 808 anime. Please be fair to others, for the full rules do refer to the Discussion Rules page.