Based on the American cartoon, "The Powerpuff Girls." Professor Utonium and his son Ken are studying the strange Chemical X. When a mochi cake falls into the formula, it changes into Chemical Z. Ken fires a ray of Chemical Z at a glacier in Tokyo Bay, however that causes strange black and white lights to scatter. The black lights turn its victims into monsters, with emphasis on a black light hitting a zoo monkey and transforming him into Mojo Jojo. The white lights, however, aim at three normal girls, Momoko, Miyako, and Kaoru. This gives them the power to transform into superheroes, the Powerpuff Girls Z! 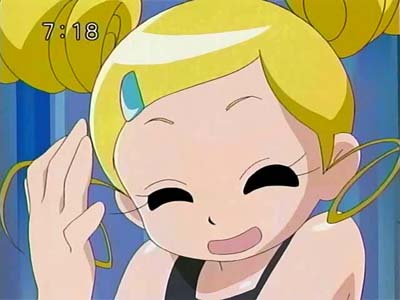 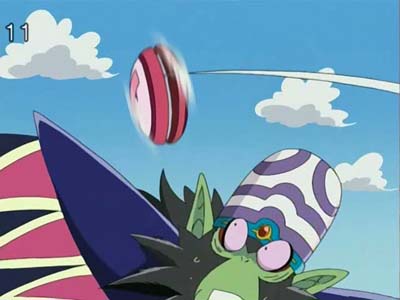 Professor Utonium, his son Ken, Blossom, the Mayor, and Ms. Bellum and the others find Bubbles as she is attacked by Mojo Jojo and take them in for research. 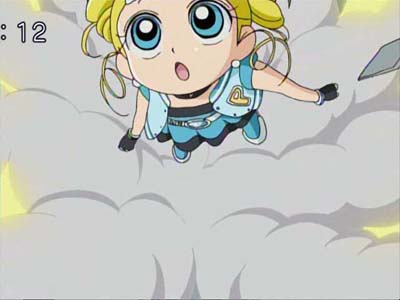 And Then There Were Three

Buttercup reluctantly joins the group, the girls are put into the same class to make them get along, and they stop Mojo from causing more trouble. 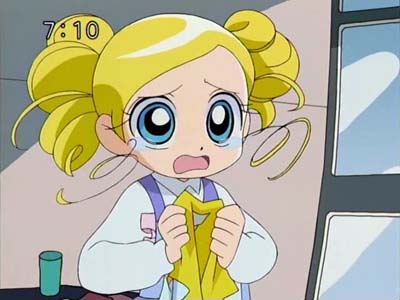 All In the Family

The girls take turns being a mother figure to Ken, while Mojo plans to turn everyone into monkeys. 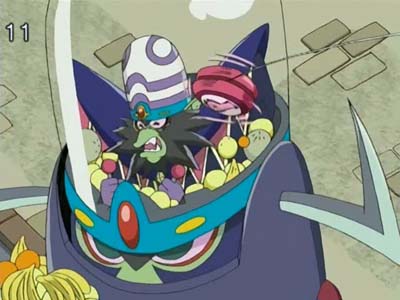 Mojo's Revenge: Angry with being teased at the zoo, Mojo attacks a fruit seller. Climbing the Walls: Mojo decides to move his base to the new observation tower being constructed, but the girls think otherwise. 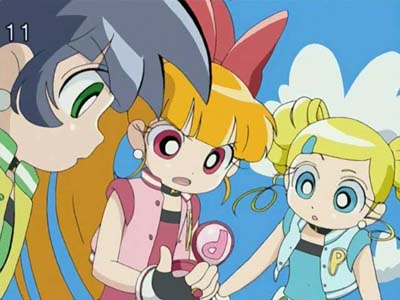 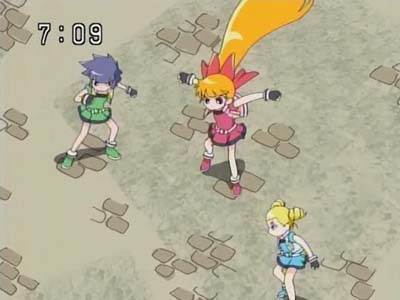 Mayor for a Day / The Infamous Amoeba Boys

Mayor for a Day: Blossom is given the task of being the bodyguard of her favorite TV hero when Mojo threatens him. The Infamous Amoeba Boys: The Amoeba Boys (now including a lady) attempt to become villains. 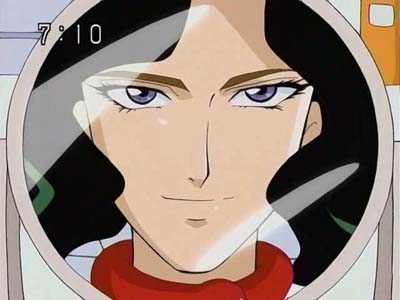 A local shop owner, Sakurako, is hit by black Z-rays and turns into Sedusa. She attempts to glamour herself to win the heart of her friend Souichirou. Coach Buttercup: Buttercup trains a younger kid to become a better soccer player. Fuzzy in Love: After falling in love with Ms. Bellum, Fuzzy decides to take her back to the woods. 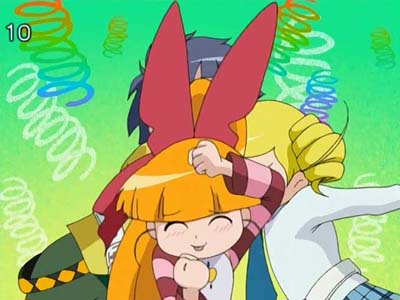 The arrogant hairdresser Gigi is hit by black Z-Rays and uses her power to hypnotize the customers to accept her eccentric hairstyle.

Who thought this was a good idea? No seriously, who in their right mind would greenlight this!? Sigh... anyway, onto the review and comparisions... Story: In the Power Puff Girls cartoon, it centered around a guy named Professor Utonium as he was trying make his own perfect little girls by mixing in sugar, spice, and of course, everything nice. It seemed like it would go along perfectly, however, as he was about to finish, Utonium accudentally put in Chemcial X, causing an explosion to occur: thus The Power Puff Girls were born! He names the little girls Blossom (like a beautiful elegant flower), Bubbles (for her bubbly personality), and Buttercup (it sounds cool, and it starts with a B). Thanks to the Chemical X that was mixed in, they end getting super powers like flying, strength, etc. Now they must endure everyday life while keeping crime away from Townsville... all before bedtime. In the anime, Professor Utonium, his son (he has a son?), and his mascot robot dog (O\_O) all experiment on an iceberg that nearly destroys the town when black and white orbs fly out of it and hit three random teenagers: Momoko, Miyako, and Kaoru. It gives them all magic powers that can give them (I am not kidding here) a yoyo, a bubble wand, and a hamer and now they must use these to fight evil (who get hit with black orbs just because) and... yeah this is stupid. Animation: The PPG cartoon has nice vibrant colors, fast paced animation, and unique designs, and since they were made from an experiment, it made sense that they would have big eyes, no ears, and no fingers (yet they can still hear cries of help from afar). The anime on the other hand had stiff and slow animation, sloppy character designs, and bland and stale colors. Its not just the main three but everyone has weird designs on them and its a little hard to look at, why? Also, most characters do not look like the ones in teh cartoon. Yay. Sound: The cartoon's opening gives a brief description of how the girls were made and story of it (you know, in case certain people have not watched the awesome movie where it all began), while the ending gives a brief description of the girls personalities (I'll get to that in a bit). The voices for the characters were perfectly matched and fit with there personas (some were annoying but thankfully they didn't get as much screen time). The anime's opening and ending is J bubblegum pop junk/crap that I do not particularly care for... and I like J bubblegum pop music! The voices are also grating and annoying, no question &gt;\_&lt; Characters: I'm just gonna give a brief description for the main characters and villains, ok? The girls in the cartoon were great, they had loads of personality, were easy to symphatize and empathize, and they were given development as the show progressed. The villains were pretty memorable too as they were both threatening and funny/goofy and played off eachother very well (kind of). In the anime, for some reason the girls names in the cartoon are their transformation names (Hyper Blossom, Rolling Bubbles, and Powered Buttercup) and they take way too long. The girls in this are terrible. Blossom is loud, clumsy, whiny, and is obessed with boys and fun instead of being smart, mature, serious, and kind. Yeah she had her loud and fun-ish moments, but this Blossom makes it seem like she has no redeeming qualities whatsoever, never learning from her mistakes, and comes off as arrogant. Bubbles is still nice and... well bubbly, but this Bubbles makes her seem like a dumb blonde who giggles at everything and is a nuisance. Bubbles may have made some dumb choices before, but she learned from them and she was a little kid in that show. This Bubbles is a freaking teen and she should know better! Buttercup seems like herself except I'm not entirely sure since I quit the show before I could get that far. The villains are also pretty lame in this unlike the cartoon. Have I mentioned that the humor in this anime is terrible and forced? NO? Well I certainly did now! Enjoyment: The cartoon I still enjoy even to this day, it was nostalgic and it was a very fun experience. Even the last episode I really enjoyed and was a nice climax (yes, really). The anime on the other hand is a big flop and is a huge disgrace to the cartoon is was based off on. As a standalone, its mediocre. As an adaption, its one of the worst I've ever seen in my life. Overall: Watch the cartoon instead and stay away from the anime (hey I rhymed that time :D) And I'm off! Thanks for reading my 29th review~ Next time I'm going to review the second worst anime I've ever seen in my life... wish me luck.

Start a new discussion for Demashita! Powerpuff Girls Z anime. Please be fair to others, for the full rules do refer to the Discussion Rules page.