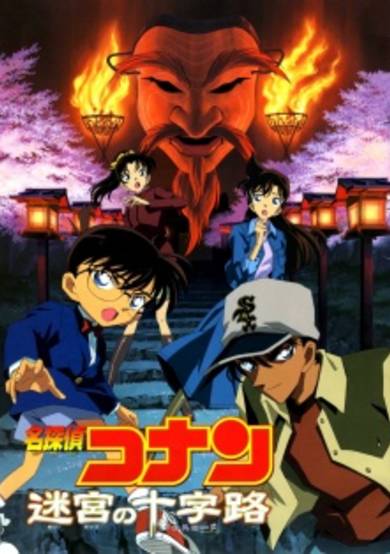 This is a very good film in the <i>Detective Conan </i>film franchise. The setting is quite original, and it focuses on old Japan, with plenty of action scenes with samurai swords and fighters. The characters are all well developed and there is plenty of tension to keep you guessing until the end. There are some sweet, heartfelt scenes which elevate the movie from just a boring mystery film. My only complaint would be that people who do not know anything about Japanese history may struggle to understand the film, and the animation is sketchy in parts, but overall, this is a great mystery which will leave a good lasting impression.

Start a new discussion for Detective Conan Movie 07: Crossroad in the Ancient Capital anime. Please be fair to others, for the full rules do refer to the Discussion Rules page.