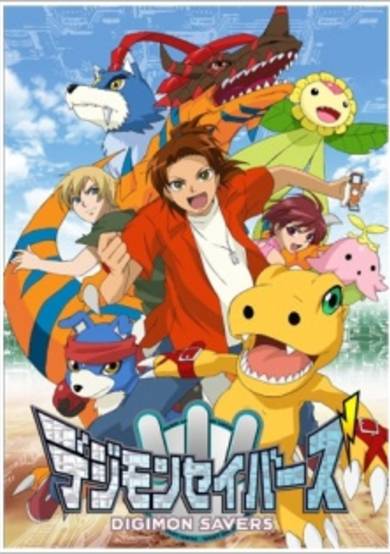 Masaru, a second year Junior High student and undefeated street-fighter, is about to learn the meaning of the word "teamwork." After Agumon escapes DATS, an organization that deals with Digimon, it winds up in a fight with Masaru. Soon Yoshino and Lalamon come to capture Agumon, and the two fighters escape. After an evil Digimon appears, it's up to Masaru and Agumon to defeat it with their DNA Charge. Soon, Masaru must join DATS to put an end to the Digimon coming to Earth. With the help of Yoshino, Ikuto, and Touma, the group must stop any evil Digimon that appear, and return them to the Digital World. But not everything goes as planned...
User Count4860
Favorites Count25
Start Date2nd Apr 2006
Next ReleaseInvalid date
Popularity Rank2076
Rating Rank6454
Age RatingPG
Age Rating GuideChildren
SubtypeTV
Statusfinished 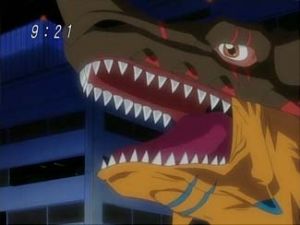 There Are Monsters Among Us

Fourteen-year-old street fighter Marcus meets a strange dinosaur-like creature. This strange creature, "Agumon", is a "Digital Monster" from the "Digital World". Marcus and Agumon agree to communicate by fighting. However, Agumon had escaped from and was being chased by an organization which investigates digital phenomena, "DATS". DATS attempts to recover Agumon from Marcus... 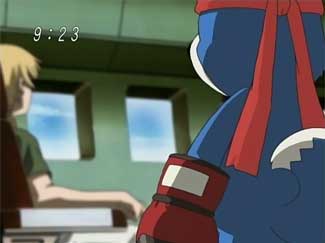 Marcus tries to hide Agumon from DATS in his house, but DATS quickly concludes that he is there, so they send Yoshi to investigate. Marcus's family comes into contact with Agumon, and they all quickly become friends, much to Marcus' annoyance. In the meantime, a Kunemon appears at Kristy's (Marcus's sister) school, takes over a young boy, and evolves to Flymon, forcing both Marcus and Yoshi to fight it. 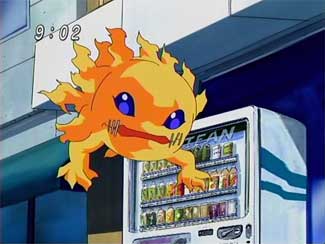 The Return of Thomas!

A new member of DATS appears from Austria: Thomas H. Norstein, a fourteen-year-old genius who looks down on Marcus. Because of their different behavior, the two start to fight over everything. Meanwhile, several DemiMeramon appear in the city and the DATS members have to fight them. However, all the DemiMeramon fuse together to form Meramon. 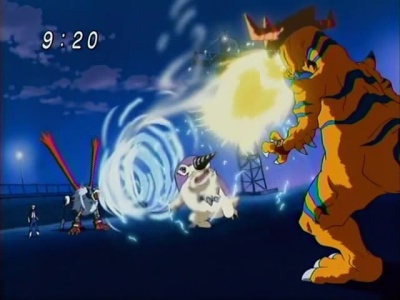 The New Team of Marcus and Thomas!

Marcus and Thomas are ordered to work together, but they aren't able to do so, which becomes clear during the pursuit of a group of Numemon. Suddenly a Drimogemon appears and helps two burglars steal money. Marcus and Thomas try to capture it, but because of their quarreling, it escapes to the Digital World. To capture it, Thomas decides to follow it, even against the orders of Commander Sampson. 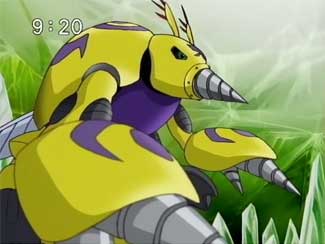 Marcus and Thomas, together with their Digimon partners, enter the Digital World to capture Drimogemon. They fall into a large underground labyrinth, Drimogemon's home, and escape seems impossible. Thanks to Marcus' unconventional methods, they manage to leave the labyrinth on Drimogemon's back, but then, the wild Digimon evolves to Digmon. 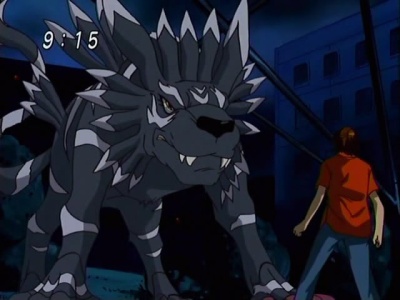 The Ultimate Team No More?

Although Agumon and Marcus work well together to defeat a Tortomon, Agumon gets angry at Marcus after a comment of his and now hides in his Digivice. Meanwhile, an Elecmon wreaks havoc in the city, causing car crashes. Marcus tries to defeat it alone, but Elecmon Digivolves to a black Garurumon, which even Sunflowmon and Gaogamon can't defeat. Marcus and Agumon must work together again to beat this new threat. 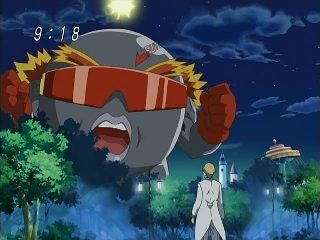 A Birthday Kristy Will Never Forget!

It's Kristy's birthday and Marcus must attend supplementary exams to save his grades. Unable to be by his sister's side on this day, he asks Thomas to take his place. A Citramon, however, threatens to ruin everything. 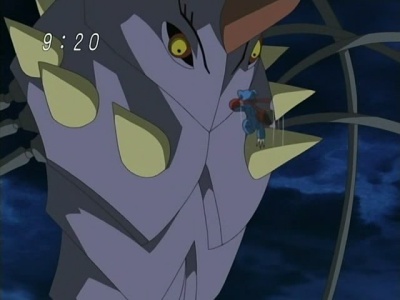 Yoshi is dating a famous musician, Neon Hanamura, who is also her childhood friend. The real reason for her to approach him is because he is suspected of hiding a Keramon who digivolves into Kurisarimon, and using it to bolster his career. 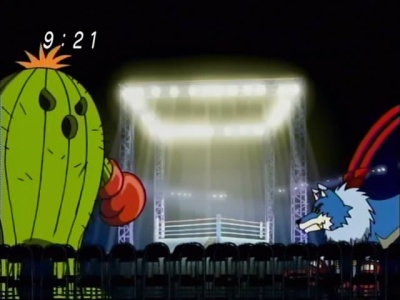 A famous boxer has a fantastic comeback after being absent for some years because of an injury. Thomas is a great fan of his, and when rumors of him using a Digimon to help him in his fights start to spread, he investigates, determined to prove his innocence. 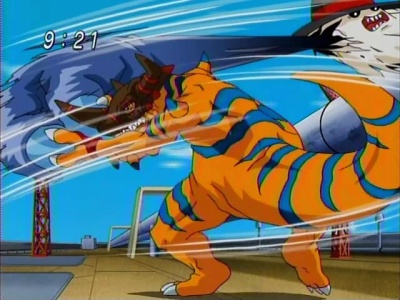 Thomas invites Kristy, Marcus, and Agumon to his mansion for lunch. Marcus becomes the unfortunate victim of strange unexplained accidents. Agumon sees the culprit is a Soulmon, who is invisible to everybody else except for him. Marcus and the others do not pay attention to Agumon's warnings, and the pranks become more frequent and more dangerous.

This is my first review, so please bear with me because I am not used to writing reviews.Oh, and please bear with me if you love the anime because I will be a little critical about this.Digimon Savers is a sequel to the other Digimon seasons. The main character is Masaru Daimon who loves to fight. His Digimon is a new Agumon, and I'm saying new because this Agumon doesn't look like the old Agumon we all know and love. This fella is taller, his nostrils are bigger and he has these weird red bracers.Now I haven't watched a lot of this season, and I have dropped it but I might come back to it. Why? Well the story in my opinion is pretty good. It might not interest some Digimon fans into watching it since the story has changed quite a bit. These guys don't go into the virtual world that we know as the Digital World people. However, the series is quite funny in some stages.Art looks generally alright, this is what IO wouold expect from an anime, especially from the year this was made. The colours are beautful and some of the backgrounds are nice and detailed, simply lovely.The sound is pretty good as well, it's nice to listen to and it changes into well fitted music for each scene. Nothing else needs to be said here!The characters are quite good in their own sense. The development in these characters are shown straight from the first episode. From the first episode you knwo the main character loves to fight, and he ends up fighting with Agumon and stuff. Throughout the anime and the storyline, you get to really know the characters.Enjoyment, eh? Well I did enjoy this quite a lot, but the one thing that annoyed me the most was how Agumon looked. No-one can really blame me on this, since I've grown up with Pokemon and Digimon, and the monsters on these ttwo shows. If I see a Digimon I love get changed then I wouldn't say 'yay', I would say 'ney' because I grew up loving that Digimon. However, Digimon Savers is a good anime. I might even start watching again after finishing this review.

Start a new discussion for Digimon Savers anime. Please be fair to others, for the full rules do refer to the Discussion Rules page.