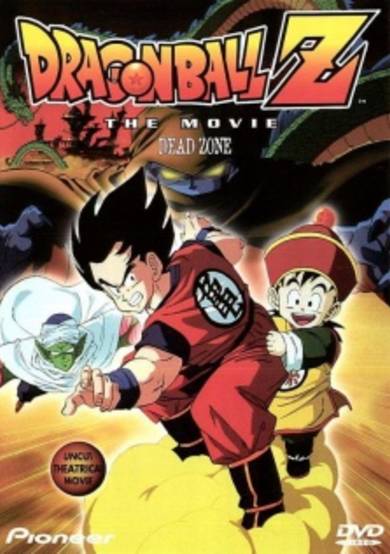 Wow, these Dragon Ball Z movies do actually get better and better... but only if you watch them in reverse order! After watching this movie, I can almost see a trend here of the makers running out of ideas as they squeezed out more and more movies and episodes out of the show. This, being Dragon Ball Z movie numero uno, managed the epic feat of being quite exciting AND funny on occasions. It also feels like there's more of a story than the later movies. In fact, even the music isn't too bad. Definitely the best out of all those Dragon Ball Z movies that I've seen so far. Unfortunately, as this is movie 1, I'm guessing this is probably as good as it gets... and it's still not very good. But it's very good by Dragon Ball Z standards though :P

Story: For once a dbz movie had a good plot. Garlic jr wishes to be immortal and the z fighters must stop him. And it actually could fit in with the show. Animation: Great for its time. Sound: catchy as always. Character: I actually like Garlic jr, even if some people don't. A midget that can become a 9 foot monster is always cool in my book. His minions left something to be desired though. All the main characters from the show were the same as always. Enjoyment: The fights are what these movies are about and I really enjoyed this one. Overall: I would highly recommend this to anyone who like dragonball z. The villain is pretty cool, and you get the enjoyment of watching the z fighters kick butt. If you haven't watched any dragonball z, I would recommend giving this a try as a introduction to the world of dbz. 7/10

Start a new discussion for Dragon Ball Z Movie 01: Ora no Gohan wo Kaese!! anime. Please be fair to others, for the full rules do refer to the Discussion Rules page.