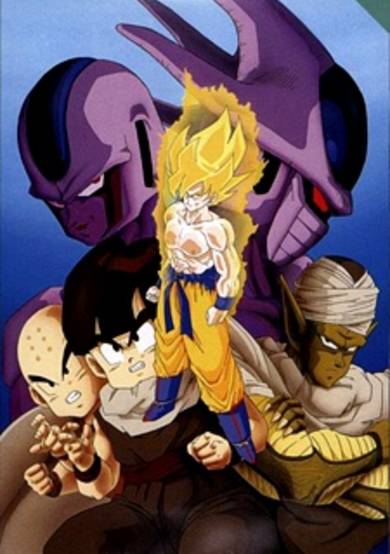 After defeating Frieza, Goku returns to Earth and goes on a camping trip with Gohan and Krillin. Everything is normal until Cooler—Frieza's brother—sends three henchmen after Goku. A long fight ensues between our heroes and Cooler, in which he transforms into the fourth stage of his evolution and has the edge in the fight ...until Goku transforms into Super Saiyan. (Source: ANN)
User Count8758
Favorites Count17
Start Date20th Jul 1991
Next ReleaseInvalid date
Popularity Rank1317
Rating Rank5250
Age RatingPG
Age Rating GuideTeens 13 or older
Subtypemovie
Statusfinished

Coolers Revenge Story: Cooler comes to Earth, along with lame minions, to get revenge for the death of his brother Frieza. Not to avenge his brothers death, they were rivals, but to get revenge for a sayan ruining his family name. I love Frieza so anything related to him I just eat up. This is really like all other DBZ movies where its just a new bad guy that Goku must kill but I really liked Cooler. This one like all the other DBZ movies does not fit in the timeline of the show. The only thing that bugged me about this was Goku took so long to become a Super Sayan. Animation: Normal DBZ stuff Sound: Always catchy. Character: Cooler is a badass, the entire family is aside from King Cold. If him and Freiza had ever fought it could have been one of the best fights in DBz lore. Goku is really stupid in this though, more so than usual. Gohan, Piccolo, and Krillin are the same as always. Coolers minions were a stupid bunch. I hate that little flying dragon Icarus so much. Enjoyment: The main fight in this I really enjoyed. Goku versus the minions however was just time killer though. Would of enjoyed this so much more if it wasn't for that stupid dragon Icarus. Why does it exist. Overall: If you love Dragonball z watch this. Defiantly watch if you like Freiza. If you don't know what DBZ is or you don't like it than you more than likely would not enjoy this. 7/10

Start a new discussion for Dragon Ball Z Movie 05: Tobikkiri no Saikyou tai Saikyou anime. Please be fair to others, for the full rules do refer to the Discussion Rules page.