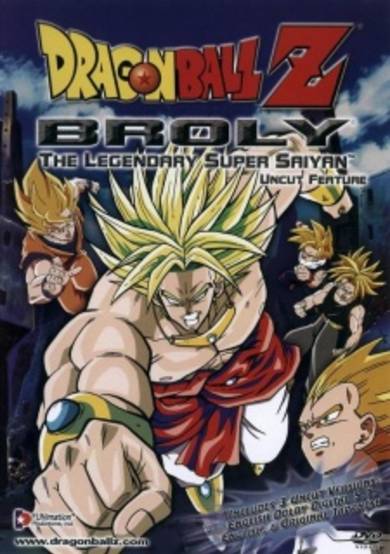 I have to say, at one point, I thought this anime was going to be half decent. Primarily, it has a story that, though painfully transparent, is quite complex when measured against other Dragon Ball Z movies. They actually spend about half the movie (rather than the usual 5 - 10 minutes) setting up the inevitable brawl that we all know is coming. But having gotten everything set up, this movie is actually let down by the fighting. It's just so... uninspiringly dull. The way Goku seems to be only half seriously going about his usual job of kicking villains' butts and the way they keep throwing in crappy jokes meant that in the end they completely failed to create a decent battle atmosphere. There's also a certain consistency missing from the movie. For one thing, Vegita's change of heart is so badly done I was completely unconvinced. And if they could transfer ki like they did in this movie, why the hell did Piccolo have to do it the harder way in the last Dragon Ball Z movie that I watched (movie #4)?? Speaking of Piccolo, his appearance is becoming kind of boring and predictable too - he makes this surprise entry in the middle of the battle in this movie... except it's no longer very surprising when I've seen him make exactly the same kind of entrance in just about every other Dragon Ball Z movie that I've watched. They really need to think up some new "twists". And the ending... I can't believe how badly this movie failed at creating a climax at the end. It just sort of... ended, and that was that.This movie COULD have made it up to a 5. Hell, it almost made it up to a 6 at one point, but it goes downhill so fast in the last few minutes that I had to do some serious down marking.

Spoiler warning Story: Vegeta is brought to the New planet Vegeta to become king. While Goku gets word form King Kai that a galaxy was destroyed and goes investigate. For a DBZ movie it is a decent story. Vegeta is tricked and he is just brought there to be killed by Broly, a crazy super sayan. Goku ends up tracking them to this planet, and a fight between super sayans erupts. Animation: Great for its time. Sound: Always catchy opening theme. Character: Vegeta is stupid as always. Goku is the same as in the show. Master Roshi is at it funniest. Broly is just straight badass, he just wants to kill everyone and everything. Even his own father. Broly is the best DBZ movie villain, that I've seen. And Piccolo is just there just because they wanted him in the fight I guess. Gohan really annoyed me for some reason. Enjoyment: The fight with Broly is one of the best in a DBZ movie very entertaining. Has a few quality laughs as well. Overall: While the story is nothing special the villain and the fights make this a must watch. Truth be told Dragonball Z is all about the fights and this has a great fight. 7/10

Start a new discussion for Dragon Ball Z Movie 08: Moetsukiro!! Nessen, Ressen, Chougekisen anime. Please be fair to others, for the full rules do refer to the Discussion Rules page.