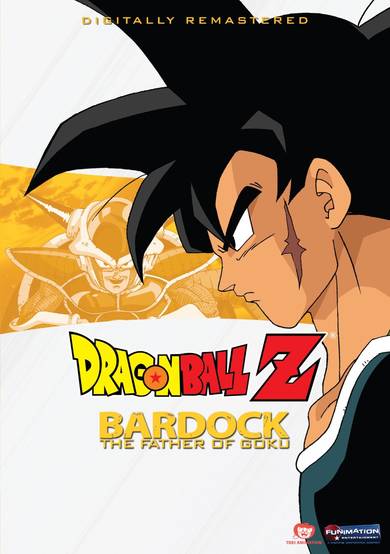 Bardock, Son Goku's father, is a low-ranking Saiyan soldier who was given the power to see into the future by the last remaining alien on a planet he just destroyed. He witnesses the destruction of his race and must now do his best to stop Frieza's impending massacre. (Source: ANN)
User Count6464
Favorites Count22
Start Date17th Oct 1990
Next ReleaseInvalid date
Popularity Rank1708
Rating Rank2240
Age RatingPG
Age Rating GuideTeens 13 or older
Subtypespecial
Statusfinished

Story: Background on Gokus father and the near extinction of the sayan race. This was very interesting, always wanted to see how freezer destroyed the sayans. Animation: Good, but for some reason didn't seem as high quality as the show. Sound: Catchy as always. Character: Bardock, Gokus father, was a real badass. The other sayans seemed to pale in comparison though. Freezer is as evil as always. Dodoria is annoying as always. King Vegeta was a real moron. And Vegeta has a cameo, as a kid, he never did grow. Enjoyment: Every fight was good. Really makes you want to see Freezer get his butt whooped. Overall: A decent prequel, that gives a good history of events. Really enjoyed the new characters and the fights. Recommend this highly to Dragonball z fans. If you haven't watched dbz you should probably start somewhere else. 7/10

Bardock: Father of Goku, is a 40 minute 'movie' that shows some backstory into Goku's father, Bardock (in case you didn't get that from the title). It begins in the aftermath of Bardock, a low level saiyan, and his squad, conquering a planet long desired by Frieza. As the saiyans celebrate there victory a final enemy appears and grants Bardock psychic powers before dying. However this was meant as a curse for destroying his home, as Frieza is threatened by such low-level saiyans performing as well as his elite soldiers. Bardock must now watch horrifying visions of his own planet's destruction as punishment. However his visions of the future also show Kakarot's (Goku's) future, giving Bardock hope as he believes Goku will be the one to defeat Frieza. Bardock as a character is one of the most 'real' characters in the entire Dragonball Z series. As he is portrayed as neither particularly good or evil. He initially shows little interest in the birth of his son and commits genocide in the name of Freiza like any other saiyan. But later on shows clear concern for his squad and his home planet. He's not a saint like Goku, but neither is he as ridiculously evil as saiyans were portrayed early on in DBZ. If that isn't enough of a reason to watch the movie, there's also kawaii Vegeta and Nappa with hair. But no Raditz, because seriously who gives a fuck about Raditz. The movie is definitely worth the 40 minutes it takes to watch it. The movie could technically be watched at any point in Dragonball Z, as it is set before the beginning of Dragonball and contains no spoilers for the rest of the series. However I would recommend watching around episode 43 of Dragonball Z (episode 20 in kai) as it acts as a good introduction to Frieza, Dodoria and Zarbon.

Start a new discussion for Dragon Ball Z Special 1: Tatta Hitori no Saishuu Kessen anime. Please be fair to others, for the full rules do refer to the Discussion Rules page.