Sena is like any other shy kid starting high school; he's just trying to survive. Constantly bullied, he's accustomed to running away. Surviving high school is about to become a lot more difficult after Hiruma, captain of the school's American football team, witnesses Sena's incredible agility and speed during an escape from some bullies. Hiruma schemes to make Sena the running back of his school team, The Devil Bats, hoping that it will turn around the squad's fortunes from being the laughingstock of Japan's high school leagues, to title contender. To protect his precious star player from rivaling recruiters, he enlists Sena as "team secretary," giving him a visored helmet and the nickname "Eyeshield 21" to hide his identity. The Devilbats will look to make their way to the Christmas Bowl, an annual tournament attended by the best football teams in Japan, with "Eyeshield 21" leading the way. Will they be able to win the Christmas Bowl? Will Sena be able to transform from a timid, undersized freshman to an all-star player? Put on your pads and helmet to find out! 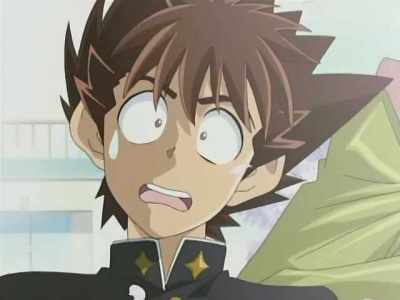 The Man with the Lightspeed Legs!

It is Sena's first day of High School. And from now on his school life will be different. Sena has vowed not to be made a gopher like he has been in the past. But its bad luck for Sena after the Football Team Captain, Hiruma catches Sena running away from the Hah Brothers. Will Sena join the team and help the football team make it to the Christmas Bowl? 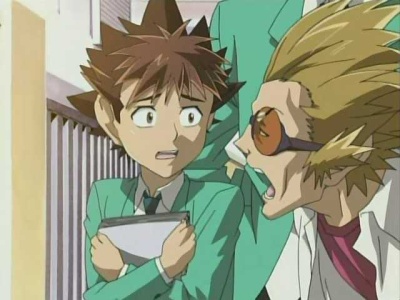 Sena may be on the Deimon Devilbats football team, but he realizes that he doesn't know anything about the game of Football. Can Sena learn how to play, or will he give up before the Spring season? 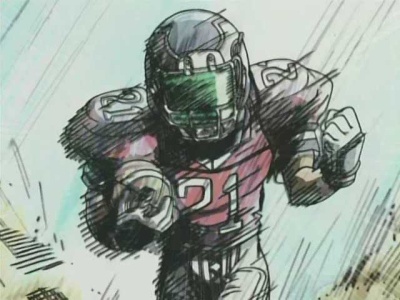 Blaze a Path Down the Field! 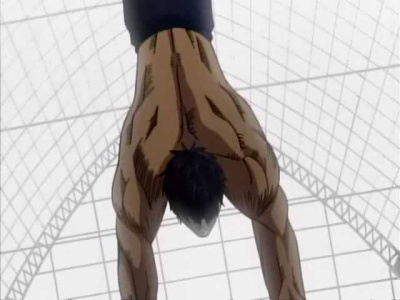 What I Hold In My Hands!

Sena decides that he needs to get away from having Mamori babying him all the time, so he decides to train alongside the football team, much to her objections. 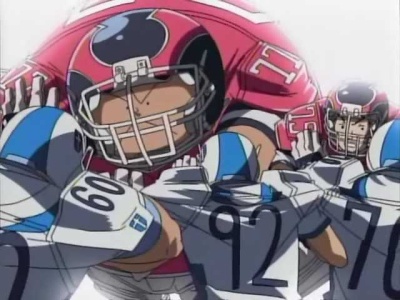 The power of the Ojo White Knights almost overwhelms Sena, but a little pep talk from Kurita boosts his spirits and he begins to run with a new confidence in his teammates. 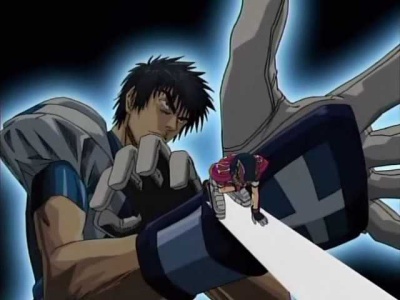 The Pierce of the Spear Tackle!

After watching Deimon score so easily with Eyeshield-21's speed, Ojo's coach sends in Shin to put an end to Eyeshield 21. 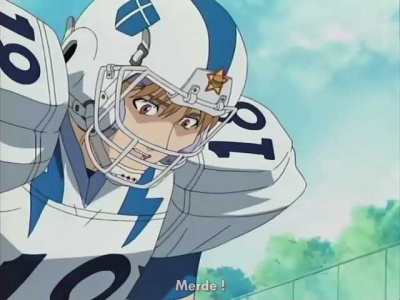 With Shin on the field, Oujo retakes the lead and sets the tone for the game. Sena, having suffered the brunt of Shin's tackles, begins to have second thoughts about playing. 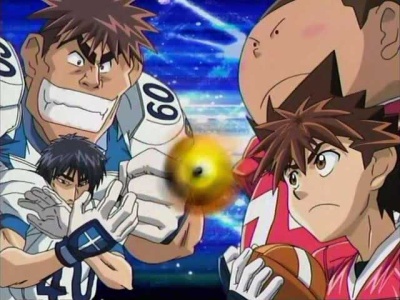 Despite Ojo's overwhelming lead, the Devil Bats keep going. Unfortunately, for Ojo, Sakuraba strays onto the field and gets knocked down by EyeShield. Sena scores a small victory for himself, having managed to finally out-run Shin. 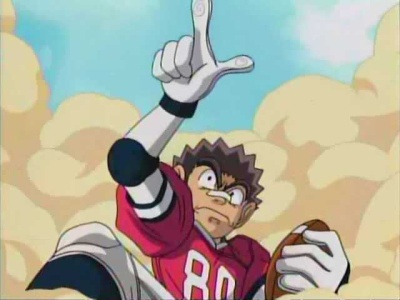 While searching for new players, including a Reciever, Sena finds a player named Raimon Tarou, who has great catching skills. But he is too late because Raimon is already trying out for the baseball team. 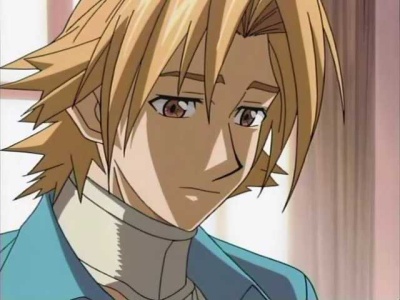 Sena, feeling very guilty about Sakuraba's injury, goes to see him in the hospital with Monta. Seeing how despondent Sakuraba is, Sena challenges him to be the hero he truly is.

If you're a American Football fan or maybe a sports anime fan, Eyeshield 21 are one title that i recommend. Because it tell you about the basic stuff about american football and it makes you want to watch it and watch it again The story is about Kobayakawa Sena a kid who are typical bullied high school kid to be a hero athlete. There are many references in the jersey number they use, #21 taken from L.T (Ladanian Tomlinson, CMIIW), #80 taken from Jerry Rice and my guess like #11 taken from Sebastian Janikowski &amp; #1 from Warren Moon. Other than that the story are just like any other anime who have the same genre, how a really weak team are getting better and finally be the strongest team (although the story was cut off in the anime and the manga will continue after that). Some problem that i find are #1 the techniques in this anime sometimes are so exaggerating, because if you see in the real game (NFL) technique like Sena Devil Bat Ghost are rarely do instead they use only power, but some techniques like Monta Devil Backfire sometimes been used by a player or so on. And lastly about the story that was cutoff. Because if you see only the anime, you will be leave guessing what to happen next (although the anime cut off the manga until the end, because in the epilogue you can see the player in Eyeshield play in NFL(after manga). In the end if you love sports anime or the sport itself i reccomend you to watch it

Eye Shield 21 is an awesome anime that can define the meaning of friendship and sportmanship which is really good for everyone Story The story is all about playing american football almost the whole story revolve around it but eventhought the whole story is about football mean you'll get bored, no! you can never get bored watching Eye Shield 21 because you'll always be exited no matter how may times you've watch it Animation The animation is good but still its not perfect but i really enjoy the animation Character All character of Eye Shield 21 is out of this world for real they all have this super ability that make american football so much awesome from how it is today

great sports anime, good soundtrack, good animation, and character development, specially if you consider that a lot of them uses the "I just like the sport" as an excuse to why the characters play, the characters (specially Hiruma) have a charisma that draws you to them and their exploits, even those who you are only supposed to dislike, the only problem is that this does not have an ending and it ends way before the manga does, which detracts from it.

Pretty simple. You like sports anime? you like to see people training to become stronger and better? Then you should definitely watch this anime it also has some awesome soundtracks which i personally love

Start a new discussion for Eyeshield 21 anime. Please be fair to others, for the full rules do refer to the Discussion Rules page.