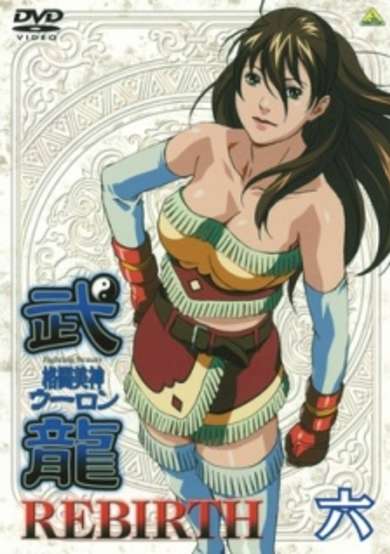 Mao Lan continues growing into her path in life through what she learns while fighting. Her grandfather thinks that she has grown complacent and decides to train an adversary for her next Prime Mat appearance. Training with her friends and companions Mao Lan slowly advances through life. (Source: AniDB)

What Are You Doing?

Only to Farewell to All the Sorrow

So I Became Perplexed

Lucky to Meet You

I'm truly shocked regarding "Fighting Beauty Wulong Rebirth". I'm shocked for two reasons. The first one is with regards to its existence - I can't believe that someone gave the go ahead for this sequel when the the original series was so terrible. I can't imagine there could have been many more than 5 people who demanded this. But nevertheless here it is, a full 20+ episode season no less.The second reason, arguably even more shocking than the first, is that "Rebirth" is actually good. And by this I don't just mean good in a relative way, like "this is pretty good for a crappy harem series" kind of way (not that I'm saying this series is a harem - it's not), this is good in an absolute kind of way. Continuing down the same route as its predecessor, "Rebirth" is also pretty plot driven for a fighting anime. Unlike the first season, however, they actually came up with a pretty coherent and interesting plot this time round, even if it does have a couple of bumps in it.Credit has to be given to the story line of "Rebirth" for trying to go for some pretty unconventional twists. To kick it off, Mao Lan, the main character from the first season, has given up fighting and tries to just settle down and be a normal school girl instead. It's certainly a neat idea and it's one that's convincingly executed, as is her return to the arena (you didn't really think she'd stay away for good did you? :P) But what's more interesting about the storyline of "Rebirth" is that it brings to the table fresh twists on the much used wise old mentor template as well as some contrasting ideas regarding martial arts philosophies (while most shows of this nature will just explore one idea, "Rebirth" explores two different paths). Despite there being some plot twists that feels a little forced as the story strives along its planned out path, and despite the occasional subplots that doesn't go anywhere and just peters out (most notably the brief attempt at romance mid series), most of the story is pretty competently done, and almost always kept me interested.I'd never thought I'd say this for a fighting anime, but there aren't actually enough fights in this series. Like many similar series, there's a tournament taking place and in the creators' infinite wisdom they decided to take a long break midway through and no fights happen for what feels like half a year and you just get to see the characters training up. I'm all for concentrating on story, tension building and character development, but I have to say they got the pacing wrong here and left way too big a gap. The training part isn't exactly dull, but there's only so long you can anticipate the next fight in a tournament for before impatience sets in. Part of the problem appear to be the that the tournament is smaller than it was in the first series. With less rounds there doesn't seem to be enough fights to distribute across the twenty odd episodes, so it's a good job that the fights they do have are pretty exciting on average - much more so than in the original series.Interestingly, the fights in "Rebirth" aren't good because of how good the fighting sequences are. In fact the opposite is true - the fighting sequences in "Rebirth" look very cheap (as it did in the original series) and the choreography isn't exactly spectacular. However, the fights are quite exciting nevertheless because of the situations the fighters gets set up into. This is a good example of where the story and narration is the driving force behind making the fights good. Like the first season, Megumi is annoying as hell, and her matches always seem to drag on and on because of her meaningless chit chat. However even in her matches, there does exist a shocking twist that really surprised me when I encountered it.Like its predecessor, the sound production in "Rebirth" is great. Once again, it managed to come up with some maddeningly catchy themes (albeit some are a little too cheesey). There doesn't seem to be that many different background music tracks, but what it does have is used to great effect. The voice acting is also surprisingly competent as all the voices fitted their roles pretty well."Fighting Beauty Wulong Rebirth" is a sequel that takes all things that the first season attempted and failed, and made them successes... or at least better than they were before. Big improvements are made to the storyline and there is a surprising amount of convincing character development. As much as I dissed the original series, I'm glad they made the (admittedly bewildering) decision to have a second season. It's great entertainment for a casual watch, and is enough to make me wish all low budget shows are this good.

Start a new discussion for Kakutou Bijin Wulong: Rebirth anime. Please be fair to others, for the full rules do refer to the Discussion Rules page.