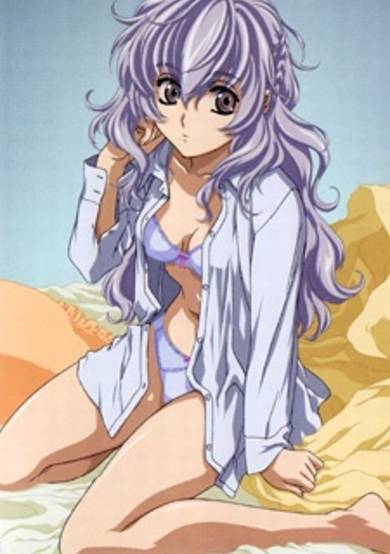 On her day off, Tessa wakes up in her commander chair. After regaining her composure, she notices that her favorite stuffed animal is missing and thus tries to remember what actually transpired the night before. To do so, she will spend time with all the main characters of the Danaan crew, and eventually recalls the events of the previous night. [Written by MAL Rewrite]
User Count6496
Favorites Count19
Start Date26th May 2006
Next ReleaseInvalid date
Popularity Rank1701
Rating Rank1589
Age RatingPG
Age Rating GuideTeens 13 or older
Subtypespecial
Statusfinished

Since its a 30 minute OVA, a short review is in order.Story - Tessa has lost her Bonta-Kun plushie last night... and got drunk! Who knows what could've been said!? She retraces her steps by asking everyone on the ship about her "lost item", but no luck.. and she then proceeds to PANIC! that she might have told something to Sagara...or anyone else for that matter.Art/Animation - It's KyoAni, clearly, it was nice and pretty, like all of the previous series I've watched from them. I expected nothing but the best and I got it. The backgrounds were especially amazing.Sound -It was nothing remarkable. Yeah, that's all.Character -I learned one thing character-wise: Tessa is so darn adorable. Enjoyment - Anyone who doesn't enjoy Tessa walking around in a nightie of somesort really has no sense of humor or no power of love. I, for one, enjoyed every minute of it.Overall, I'll give it a 9/10. It mostly feeds the Tessa fanservice group, but it was indeed nice and filling. :)

Start a new discussion for Full Metal Panic! The Second Raid: Wari to Hima na Sentaichou no Ichinichi anime. Please be fair to others, for the full rules do refer to the Discussion Rules page.