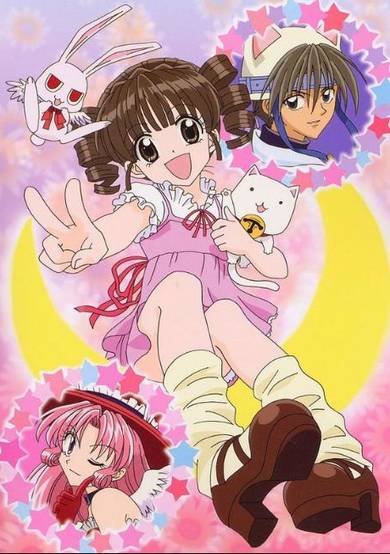 12-year-old Mitsuki Kouyama's dream to become a professional singer is shattered when she's diagnosed with throat cancer. If a tumor isn't horrific enough, how about being met by two angels of death shortly after? Meroko Yui and Takuto Kira, of the shinigami duo "Negi Ramen," inform Mitsuki that she has just one year left to live. Instead of getting discouraged, however, Mitsuki decides to make the most of her last year, and pursues her singing dream with a passion. Aided by Meroko and Takuto, Mitsuki finds success and failure, love and loss, and deals with her fate and other difficult subjects the best she can. Full Moon wo Sagashite is the story of a little girl who refuses to let something as insignificant as fate slow her down.
User Count6681
Favorites Count117
Start Date6th Apr 2002
Next ReleaseInvalid date
Popularity Rank1669
Rating Rank1204
Age RatingPG
Age Rating GuideTeens 13 or older
SubtypeTV
Statusfinished I Want to Sing!

12-year-old girl Mitsuki Kouyama dreams of becoming a singer and of reuniting with her childhood friend, Eichi Sakurai. However, she has sarcoma, a tumor in her throat. A pair of shinigami, Takuto and Meroko, emerge from Mitsuki's wall, arguing and not realizing that Mitsuki can see them. They are surprised, but introduce themselves and explain that Mitsuki only has one year left to live. 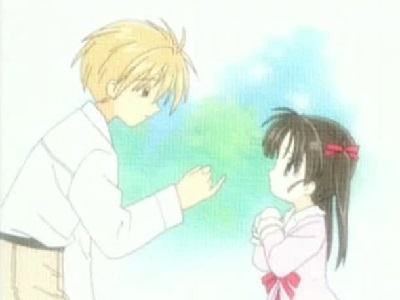 My Promise to Eichi

Meroko and Takuto argue about letting Mitsuki audition. Mitsuki, Meroko, and Takuto talk about why she wants to become a singer. Meroko and Mitsuki go shopping, and then Meroko pretends to be Eichi. In the end, Mitsuki tells Takuto that she really does love to sing and it's not just for Eichi, and the two make up.

Along Came the Manager

After a day of school, Mitsuki gets a call from Dr. Wakaoji. He explains that Mitsuki's new manager Masami Oshige wants to meet her at the hospital. However, Mitsuki will have to be in her 16-year-old form in front of the manager, and she'll have to be in her regular 12-year-old form in front of Dr. Wakaoji, with them both in the same room. Since telling the truth isn't an option, Meroko takes it upon herself to solve the problem. In the end, Mitsuki and the shinigami manage to trick them.

Thoughts On a Song

Mitsuki's debut CD is already being discussed by her producer, Mr. Takasu. Takasu wants her to sing a pre-written song for her debut, but Mitsuki wants to sing a song with her feelings in it. So, now Mitsuki has three days to write her own song.

Mitsuki's first job starts out rough because she worries about whether or not she's acting her age. But, after talking to three high school girls, she manages to get through the day, now reassured of herself.

A Long Day in the Studio

Mitsuki and Takuto (pretending to be a doll) go to the studio to do a recording while Meroko stays at home, posing as Mitsuki. While Mitsuki learns what to do in a recording booth, a little girl named Nanami sneaks in and takes Takuto away. When Mitsuki finds them, Nanami refuses to give Takuto back.

It's time for Full Moon's first live performance! But when a girl from the past questions Mitsuki's abilities as a singer, she begins to doubt herself.

Is It Really a Hit?

Full Moon's debut maxi single, "Myself," is now on sale! The good news is that it's a smash hit! The bad news is that no one at Mitsuki's school seems to be talking about the CD, and Mitsuki doesn't have any friends nor the confidence to spread the word about her single.

I Want You to Hear It!

You'd think that since "Myself" is such a big hit, everyone must have listened to it. But, Mitsuki soon learns that Dr. Wakaoji has not listened to "Myself," and she really wants him to hear it.

The Rules of Show Business

Mitsuki gets to debut on TV on a show starring Fuyuko Komaki. However, Komaki doesn't seem to like Mitsuki very much.

To pursue one's dream with unrelenting dedication with little of even a sliver of hope is a not-so-easy pursuit for anyone, and even less so, when a fatal condition shackles that diminutive hope to the realms of the harshest realities. Twelve-year old Mitsuki, diagnosed with sarcoma (a rare cancer) in the throat, strives to fulfill her promise made with Eichi (to become a professional singer), despite the harsh restraints and limitations set by her illness, doctor and grandma. One fateful day, she is confronted by two shinigami, bearing an unembellished "truth", that death will befall her, in just one years time. Her ambitions now challenge the race of time. While dealing with a life-threatening disease which limits her singing capability, Mitsuki must also deal with her strict grandmother. And to top it off, the entertainment industry is NOT something to be underestimated. Never has been, never will.  **Story - 10/10** In essence, Full Moon wo Sagashite falls nothing short of what a sentimental drama should achieve. Normally, from our perspectives on Earth we see only one side of the moon, though Tanemura provides an insight to a metaphorical "dark" side of the moon, thus glimpsing cutesy screenshots and previews of Full Moon will inform you very little of the darker themes residing in Full Moon. Don't be discouraged by the ambient &amp; solemn appearance. Full Moon fails not, to disappoint. I guarantee. Of course, that isn't to say, that Full Moon is not without flaws. Full Moon, clutching to the standards of the dramatic arc, begins its exposition with what appears to be a childish &amp; naive concept, though matures through time, into a sensational piece bearing unexpectedly profound themes, breaking away from the stereotypical shoujo anime. Despite its "convenience" and seemingly illogical developments at times, the story remains consistent within the high quality outlined at the start, only to undoubtedly improve.  **Art - 8/10**To those already familiar with Arina's works, her artwork bears a distinct, unorthodox style, paralleled to none. Whilst not being the greatest of artwork/design, the sheer detail in each individual's appearance - hair and eyes is piercingly sharp, yet simultaneously, not such a burden to the eyes when watching. It is visibly well drawn with little debate over such.  **Animation - 5/10** The animation appears nothing of real significance, yet at the same time, nothing of disastrous levels. "Average" seems to fit the mark perfectly. Despite this, the animation remains fluid and consistent throughout the whole series, and affects the series in no manner at all. Of course, keep in mind that this anime WAS made in 2002-2003, so if you're comparing it with a recent anime, it obviously will seem pretty low quality. **Sound - 8/10** As expected from an anime revolving around music, the sound department practically antagonises the definition of "lacklustre". Dulcet yet meaningful songs are as presented from the associated band - "Changin' my Life". Of which, the lead singer "Myco" also voices the MC of Full Moon, Mitsuki. The band provides the majority of songs used in Full Moon, though two in particular, "Myself" and "Eternal Snow" carry uncontroversial significance throughout the story. While they may not cater to some people's musical preferences, it is undeniable that these songs, are imbued with intense and impassionate meaning. A common point of disagreement is the repetition of these mentioned songs, though when watching Full Moon, I cannot emphasize enough, to take note of the time frame - how many songs can people honestly produce within a year? To be blunt, I personally think the two opening songs for Full Moon are crap, but more so, the second opening. Not only do they sound ridiculous, they essentially add to the childish essence of Full Moon, which only leads to invite more misunderstandings on the nature of Full Moon. The ending themes however, are at high quality, all four being performed by Changin' My Life. The background music is found to be INCREDIBLY repetitive, yet this in fact, aids towards creating a sentimentally superb series almost superficial to be a work of Studio DEEN. Excellent in creating an intense atmosphere, I wouldn't have changed a thing with the background music. **Character - 8/10** In regard to quality of characters, albeit being at an amazing level, actually falls SHORT in comparison to the quality of characters shown in the manga. Despite what I may say, the protagonists are developed realistically and certainly may prove to be more complex than initial impressions may suggest. Within fifty-two episodes, character development may diminish in some anime, and some may argue that this is the case for Full Moon. And I would be inclined to agree - there isn't so much character development in this anime, thus I'll go 100% asspull and say that "Quality over Quantity".  **Enjoyment and Overall - 9/10** You may have already inferred from my rating (9/10), this anime is one that I thoroughly enjoyed; though what is to note, is that I seldom bestow such high ratings. Would I recommend Full Moon? Without a doubt. If someone as I, can find enjoyment from such an anime, you can too. You may find yourself pleasantly surprised from what Full Moon essentially appears to be. **Additional notes** -There IS a timer on the top left of every Full Moon episode. Don't mind it much, seriously. I don't think there are any available versions without that timer, so there isn't much point looking for one without it. -The highest quality I have found is 480p unfortunately. You won't find any higher I assume. -Don't watch the OVA. Seriously, don't. I don't recommend it anyway.  -If you don't like it by the 4th episode, then I recommend dropping it, since the atmosphere/tone remains the same for a good while to come. If you find it "alright", then I do recommend toughing it out till the moon waxes/wanes into the awesome second half.

Start a new discussion for Full Moon wo Sagashite anime. Please be fair to others, for the full rules do refer to the Discussion Rules page.