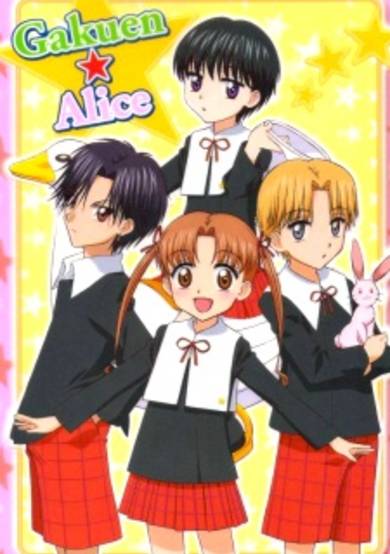 Mikan Sakura is a normal 10-year-old girl. Optimistic, energetic, and overall a very sweet child, Mikan is the complete opposite of the aloof, intelligent, and somewhat cold-hearted, Hotaru Imai. Despite their glaring differences, the two girls have been best friends for a very long time. So when Hotaru suddenly transfers to Alice Academy, a prestigious school in the city, her best friend is devastated—especially when she hears of the horrible rumors regarding the academy's harsh treatment of students. Beset with worry, Mikan runs away to see her best friend! Upon her arrival, Mikan learns of "Alices," individuals gifted with various supernatural abilities, and that the school is an institution built by the government to train and protect them. Discovering that she has her own unique powers, Mikan enrolls in the academy, and, after a lot of trouble, finally reunites with Hotaru.Gakuen Alice is a heartwarming comedy that follows Mikan and her friends' adventures in the academy, as well as their attempt to uncover the mysteries surrounding the problematic, fire-wielding student Natsume Hyuuga. [Written by MAL Rewrite]
User Count5503
Favorites Count61
Start Date30th Oct 2004
Next ReleaseInvalid date
Popularity Rank1906
Rating Rank1232
Age RatingG
Age Rating GuideAll Ages
SubtypeTV
Statusfinished 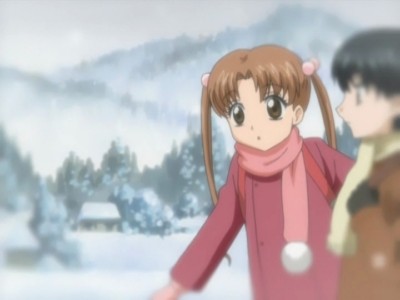 Our School Will Be Gone!

When Mikan's best friend Hotaru transfers to the mysterious Alice Academy a worried Mikan follows her. When she arrives she meets a teacher at the school, Narumi, who tells her the only way for her to see Hotaru is to become a student of the school. Without hesitation Mikan agrees and thus begins her life at Alice Academy! 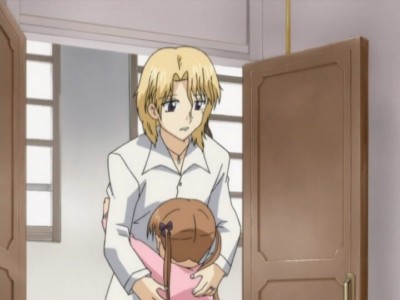 Mikan is accepted into Alice Academy and can finally see Hotaru again. She also meets the other people in her class and gets a huge shock when she finds out that everyone in the school has a special power or Alice. 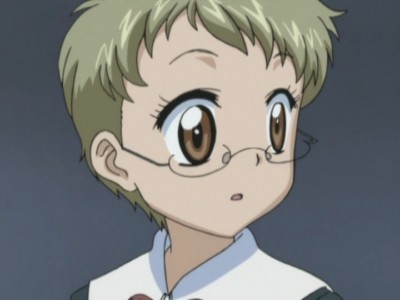 No Alice is Going to Defeat Me

Mikan learns that everyone in Alice Academy has an Alice and that people with Alices are valued by the world. Alice Academy was designed to train these "elites" and so only those with Alices are allowed in the school. When the class finds out that Mikan doesn't know her own Alice they start to bully her but Mikan stands up to them and says that she trusts Narumi who told her she had an Alice. Natsume then challenges her: if she can survive going through the North Forest then he and the rest of class will accept her. 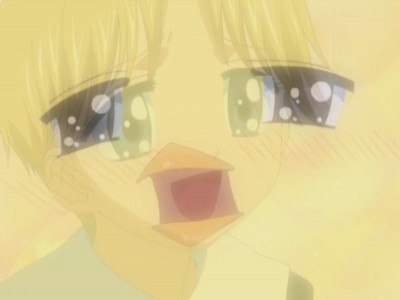 This is My Alice

In the North Forest Mikan, Hotaru, and Iincho get trapped by a violent Teddy Bear, and a giant chick. The group forces Ruka to help them as his Alice allows him to tame animals including the giant chick. When Natsume hears that his best friend has been forced to help, he gets angry and tries to burn Mikan with his fire Alice. Before he can do it though a bright blue light engulfs everything and Natsume is unable to use his powers. Could this be Mikan's Alice? The Star Ranking System Sure Can Be Severe

Mikan has finally been accepted by her classmates after discovering that she has the nullification Alice. However after getting on the wrong side of a teacher Mikan is given the lowest ranking of the school: a no star. This means that Mikan will now have to live with the worst of everything including food, dorm, and chores. Mikan begins to feel that her Alice is useless compared to her classmates cool Alices. The day arrives for the elementary students and the middle school students to have a combined lesson. Mikan learns that she is in the special class which is populated by those who Alices don't fit into the other groups. After getting into trouble with some older students Mikan is rescued by Tsubasa a middle school student. When he finds out that Mikan and he are in the same group he takes Mikan to their classroom. There they find that the group has put together a welcoming party for Mikan. Mikan is very happy to find out that there are a lot of nice students in her group and that she has a place where she belongs. 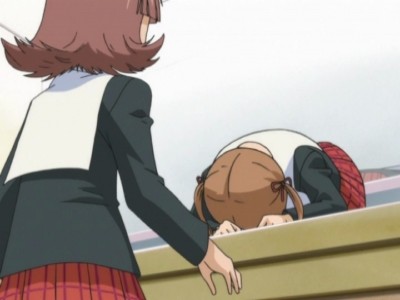 Natsume and his gang keep ditching class. Mikan makes a bet with Natsume that if she wins in a dodgeball game he and his friends will stop skipping class. Natsume agrees but if Mikan looses then she must do whatever he says. The game begins but with a twist: unlike regular dodgeball in this game people can use their Alices through the dodgeball! 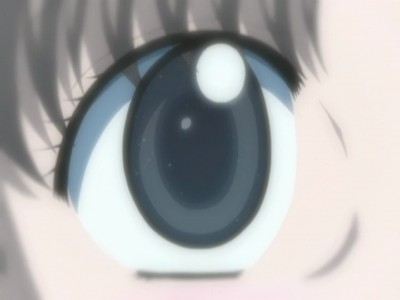 I Want to See Grandpa

Whenever Mikan writes a letter to her Grandfather, she gives it to Narumi who she believes is sending them to her Grandfather. However Mikan soon finds out that Narumi has not been sending them and instead has been hiding them in his desk drawer. An upset Mikan escapes from the Academy to go see her Grandfather. Some men try to kidnap her after finding out that she's from the Academy but luckily Narumi arrives in time to save her. Narumi gets shot while rescuing her which causes Mikan to get upset that she has put her teacher in danger. She agrees to go back to the Academy with Narumi after seeing that he's not such a bad guy after all. Hotaru is up for an honor student prize against an older student. Whoever wins in a robot fighting match will get the prize. Another robot that Hotaru built to resemble Mikan, Amanatsu, wants to help. The robot is sad when Hotaru tells her she doesn't need her help so Mikan tries to find other things that Amanatsu can do to help Hotaru. All efforts to help end in failure but then Mikan and Amanatsu hear that the older student is going to cheat in the match. Amanatsu enters the match to stop him and ends up finally being able to help her beloved Hotaru. All of the students get an allowance and one day they decide to go to the campus's Central Town, the mall for Alice Academy students. Everything sold there is made by Alices so Mikan is excited to see it. The teacher Jinno forbids her to go to Central Town unless she is accompanied by her partner Natsume. Luckily for Mikan Natsume is taking care of a little boy named Yoichi who is in the same group as him and Yoichi also wants to go to Central Town. Because Natsume has a soft side for the kid he agrees and they all go to Central town. Once there Mikan spends her money to set a talking apple free and is unable to buy the town's famous cotton candy. Mikan then earns the money to buy a small box and end up sharing it with everyone including Natsume.

For some reason all the romance in this manga got taken out of the anime, so if you're here because you got recommend to the title for a good romance story...go read the manga, and stay away from the anime for heaven's sake. Now the anime is a good way to skip the first 28 chapters of the manga if you so wish, however it is said that the show was toned down on the dark parts to make it more appealing to children. I have yet to read the first 28 chapters, so I'm not sure how much of that is true. I did watch this before reading it and I wouldn't have read it if I had not fallen in love with the show first, so it does do something right. It's until you find out how much is sucks compared to the manga do you start losing appreciation for the anime. Story-Mikan and Hotaru were best friends until Hotaru suddenly leaves without warming to go to a boarding school somewhere in Tokyo. After never hearing from her for six months even though she promised, Mikan runs away to go visit her and discovers the school and the people in it are very special, as well as herself. The anime follows the first 28 chapters of the manga almost to a fault. This manga has like 180 chapters so the first 28 is nothing but the intro to the characters, the setting, the world and the conflicts. The story ends with basically nothing being resolved, which is why I went and read the manga. It was recommended as a romance show, so when I got ripped off it helped motivate me to read the manga despite the crappy show. Don't get me wrong, it does *start* to become a romance show. You can see crushes being developed and a little rivalry going down, so on and so forth, but it never truly turns to romance until like 20 chapters later in the manga. Animation- Meh. That's the best word for it. There's nothing that stands out, and the colors are kind of dull. Setting the meter at about below average. The thing I hated the most was character design. The only person they did justice was Tsubasa because he looks way better in the anime than the manga. Everyone else looked like shit. They were drawn perfectly in the manga, so whoever went out of their way to redesign them needs to never do another show again because its bad. Sound- The opening is very childish, I can't recall a single bit of background music by myself and there really wasn't much it could do for the show anyway since the mood was mostly never changing unless there was actual danger. I've yet to watch the dub, but I'm doubting it's any good. Sub sounded fine so I would just watch that unless you like dubs. Character- Mikan is an oblivious child, Hotaru is a robot that can make robots (she can be caring *sometimes*), Natsume will seem like the biggest brat unless you read the manga and find out more about him, Ruka is the only slightly normal person, Tsubasa is probably my favorite, and Narumi just creeps me out. There is no character development to be herd of in the anime, like I've been saying this whole time, it's all in the manga. Enjoyment- I liked this show enough to go out and read the manga. I only think it's crap now because of what the whole story has to offer. I say watch it, but don't force yourself, because it's not worth it if you don't feel like it. My overall recommendation is to go read the manga and skip the show all together. If you're looking for something to watch for the hell of it they go for it, I'm not stopping you.

Start a new discussion for Gakuen Alice anime. Please be fair to others, for the full rules do refer to the Discussion Rules page.