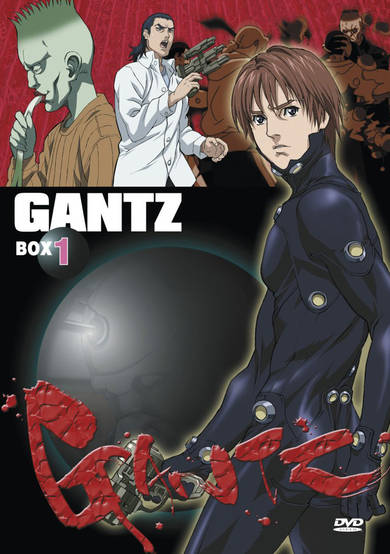 If you are chosen by the bizarre black sphere known as Gantz, you are already dead—yet you might be able to reclaim your mortality. First, Gantz demands that you undertake brutal missions of madness, killing aliens hidden among the population. It is your only chance and you have no choice. You must play this disturbing game. And if you die again—and you likely will—it's permanent. (Source: Funimation)
User Count18925
Favorites Count128
Start Date13th Apr 2004
Next ReleaseInvalid date
Popularity Rank609
Rating Rank5582
Age RatingR
Age Rating GuideMild Nudity
SubtypeTV
Statusfinished 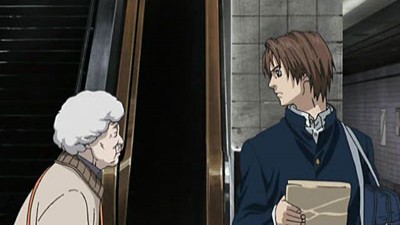 It's the Beginning of a Brand New Day

Introduction of the cruel selfish setting, Korono Kei, and Kato Masaku. This episodes ends with the first sight of the black sphere known only as Gantz and a couple of the other characters who will play more important roles later on. Most of the episode is done with the Korono's internal monologue. 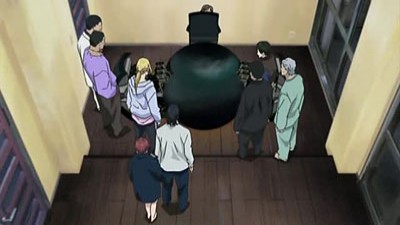 Green onions are enough for me. That's what the poor little alien says, but green onions aren't enough for the trigger happy alien hunters who are being controlled by the black ball known as Gantz. After seeing a dog going down on a girl, and the same girl nearly getting raped, you'd think it couldn't get worse right? Wrong. In this episode, we see just how rutheless the "dead" can be when given space age weapons and a mission. 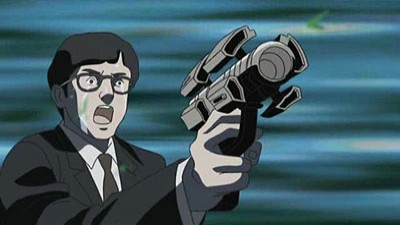 The new Gantz participants have to face off against a really nasty alien. 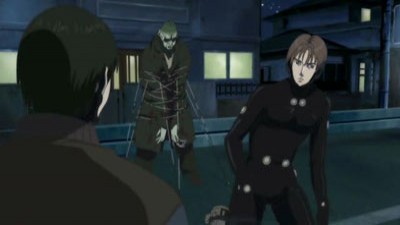 OK, Here Are Your Scores

Kei, Katou and Kishimoto learn from Nishi about the scoring system involved in the alien hunt. Nishi also tells them about boundaries and ground rules when they are not transported to fight aliens. 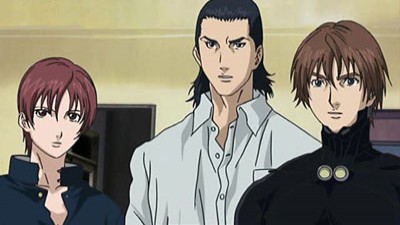 Then That Means, at That Time...

Now that Kurono, Kato, and Kishimoto are alive again, they can return to their regular lives… or can they? What trouble awaits the three in the future? Are they really alive? And, can Kurono survive a fight with a school bully? 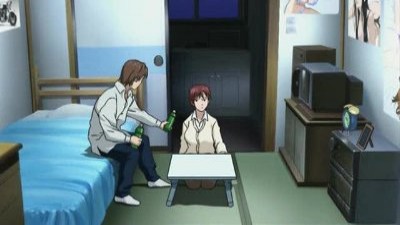 After finding Kishimoto asleep at his door, Kurono has one lucky streak after the other. Eventually, Kishimoto asks if she can stay with him! Kato is, however, unaware of Kishimoto’s problems. Will she tell him? Meanwhile, everyone else has problems of their own... 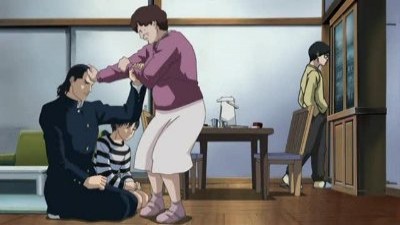 Kurono and Kishimoto decide to head to Kishimoto’s old house to see what the "other Kishimoto is like". What will they discover? Meanwhile, Kato is having trouble at home, with his aunt beating his littler brother, and at school, with bullies picking on his friends. When a senior challenges him to a fight, will he go too far? 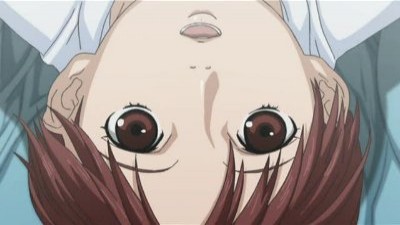 Gantz calls Kurono, Kishimoto, Kato, and Nishi once again. But, who else will it call and what new mission does it have for them? 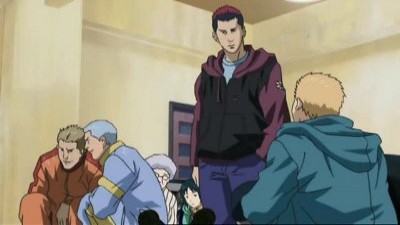 The bikers kick Tetsu out of the gang, Kurono doesn't have his suit, Nishi badmouths everyone, then the hunt for the Suzuki alien begins. 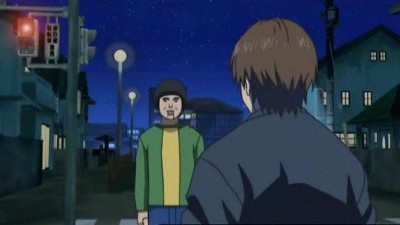 Kurono, without a suit, follows the Suzuki alien until he makes it mad, then leads it to the others. Nishi and the alien face off in the canal.

Its dangerous to go alone, take this piece of advice: This is a bad anime. I cant tell you why, but I can tell you that the "plot" is garbage. Please do not watch this. Unless of course you want to see the gruesome depths of mankind in a poorly written environment in addition to dull character design and no noticeable (or otherwise very far-fetched) plot and... well... just avoid this Anime You do not want to see such things anyway. (At least I hope so)

Why are you here? Do yourself a favor and go read the manga!

Gantz is horrendously stupid but quite brilliant at the exact same time. Too bad the stupid outweighs the brilliant. The characters are awful, but the premise is pretty damn engaging. Boobs are thrown at you left and right, and if you can stomach the gore, Gantz is a pretty subpar anime worth checking out for it's premise and unique style alone. \*This review is based on only seeing the first half of Gantz (1-13)\*

Couldn't make it past the second episode, the first of which shows a woman being violated by a dog and her NOT trying to stop it. Aside from the absurdity, pointlessness, and off putting act in the first episode there was pretty much no explanation for what happened or how the story got where it did, other than....it just did. They don't attempt to set up a mystery or encourage you to ask questions and keep watching, they just fill the blank space with cursing and absolutely mindless violence. Would take a lot for me to give this one another shot.

Not a bad idea for a show, has potential, but dosnt reach it

I found watching this show to be an enjoyable experience. Although this show is not particularly great, I'm not sure why it has such negative reviews. I don't believe that this show is necessarily as bad as people say it is. Overall, the animation of this show is well done. The dubbed version of this show is not too bad. This show has a fair amount of gore/blood, which I found to be entertaining. I believe that episode one was pretty well done, but after that episode it started to get less interesting and a bit strange. Even though I'm not sure if I would recommend this anime to other people, I personally enjoyed this show.

**Story:** Kei Kurono is our hight school main character. He is selfish, a pervert, and doesn't care about anyone except for himself. On day, he helps an old friend of him, Katou Masaru, to get a drunkard who's fallen asleep in the subway tracks out of there. When the subway came, Kei and Katou is run over, but at the last moment teleported to a closed apartment with others who have recently died. Their lives are controlled by a black ball called Gantz, and are forced to play in a game where they have to kill aliens. The show was interesting from episode 1 to 4, but from there had a slow downfall with a new story thread. The conviction behind the story sounded intriguing because it was people trapped in a game. Which made me believe it was similar to Deadman Wonderland/Mirai Nikki, but i was mistaken. The art and design is clearly detailed good, the animation is also good. The dub was okay, the sub was okay. I wouldn't recommend this anime, because 1) Over half of the anime was for the most part filler episodes.  2) Our mc is a pervert 3) We don't get to know our main characters, or their backstories.

<b>Title: </b>Gantz <b>Stars: </b>4.0 <b>Genres: </b>Supernatural, Action, Mistery **Review:** In a misterious dimension a group of guy get trasported with an objective. Kill Aliens. Gantz it's a unique anime, the animation it's not very good the action too, but the anime story is very interesting. I think you have to give one chance, but an advise is read the manga instead of watch anime. ***Just watch it.***

Start a new discussion for Gantz anime. Please be fair to others, for the full rules do refer to the Discussion Rules page.