In the 21st century mankind was on the brink of destruction. Through genetic engineering however they eradicated such feelings as love and the desire for power. Since women are naturally less agressive than men, women to man ratio was set to 9:1. Now people are engineered to have skills that others view as being necessary. There is a giant ring that now orbits the earth, that sits there and relays information back to an alien race that sent it. Now a team of five women will try to eradicate the alien threat. (Source: ANN) 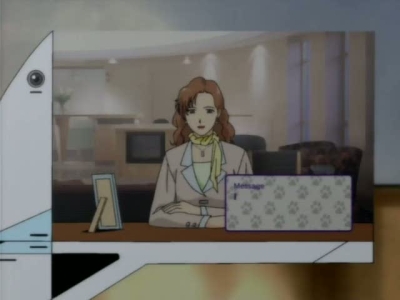 Mika Seido is on her way to her new assignment. She arrives at Maracanan Station. There she meets an old friend, Sofia, who is like a big sister to her. The happiness of their reunion is cut short, however, when Hiroto Amagiwa enters the room. Since heâ€™s a man, heâ€™s heavily guarded. Mika recognizes him as the one responsible for the death of her best friend, Ryoko. She tries to get to him, but she fails due to the high security around him. Mika and Sofia then decide to head to the bar. There they meet two other members of their new team, Tiki and Mario Musicanova, who are brother and sister. Mika is amazed, because siblings are very rare in the genetically engineered society. Elsewhere, Lord Sergei Sneak IV is making preparations. With him is his Register, Sibyl. On the Ring, Mir, arguably the most perfect human in existence, is on a mission. She encounters some rebels who attack the Ring and barely escapes. Through the struggle, there's an explosion that does some damage The Ship Who Sang

Maracanan Station is damaged and falls out of orbit. Will the people on board survive? And, can Mika and the others save the day? 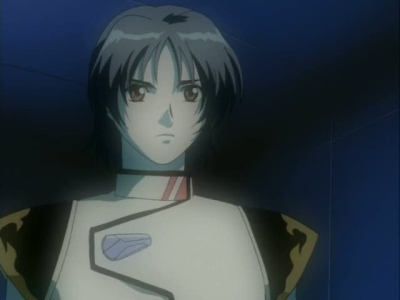 Now that everyone is aboard the Bilkis and the S-Mission has begun. Sergei orders the Ring destroyed. Mika, meanwhile, is selected to pilot the Shaft, with Sofia acting as the backup pilot. It's a dangerous mission, as the Shaft is still very buggy, and no one is really sure how to operate it. Onboard the ship, the squabbling between the debuggers and the operations staff gets out of hand. The other members of the mission, Tiki, Mir, Remmy, and Mario, can only watch and wait. Things start to look even worse when the Ring notices the Shaft and scans it. 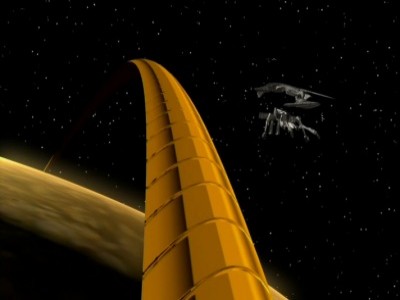 The Bilkis has been boarded by a Ring that can copy human form. When it copies an individual, it drains them of blood and leaves them in a comatose state. Once this Ring is discovered, a shipwide search begins. Mika encounters Hiroto and believes that he's the Ring. To prove his identity, he relays details of the incident in which Ryoko died and he survived.

Hotline from the Past

A strange vessel is detected and taken aboard the Bilkis. It turns out to be a space shuttle from 21st century Earth. Three male astronauts are alive inside. The crew of the Bilkis regards them as primitives, little better than Neanderthals, as they come from the time when humanity almost destroyed itself. However, Mika takes pity on them and tries to befriend them, sneaking them around the ship. But the astronauts may prove the fears about them true. They storm the bridge and take it by force!

The Ring that took the astronauts now attacks the Bilkis. Even worse, Beatrice is still unconscious from when the brain shut down from information overload. Hiroto passes out in the middle of the battle, and Mario assumes command of the Bilkis. Mika battles the Ring alone in the Shaft, but Mir suddenly switches positions and takes the main driver's seat. Before she can do anything, though, a script executes. The Shaft performs a new, incredible maneuver that destroys the Ring. Unfortunately, this only leads to the appearance of multiple Rings!

The Moon Is a Harsh Master

The crew of the Bilkis has been declared traitors by the I.E.O. To make matters worse, the I.E.S.A. fleet is pursuing them. With Captain Amagiwa still unconscious, the role of captain falls upon Mario. Meanwhile, Remmy's true nature is revealed: She's a terrorist working to restore the "natural" order of things. And she's working for Sergei! She announces this to the entire crew of the Bilkis. Mir doesn't take it well. They're both out to destroy the Council of Elders and the I.E.O. But Sergei's plans go even further than that. When she finds out what he really plans, will she turn against him, even at the cost of her own life?

The I.E.S.A. fleet arrives. Mario bargains with the fleet commander, who's an old friend, to buy the ship a little more time. But there's a wild card in the deck. Jean Gadot, who harbors an intense hatred of Mario, decides to take matters into his own hands. He stages an "accident" in which the fleet commander's ship is destroyed. Will his plan succeed?

With little choices left, Mario decides to assassinate Jean. Will his plan work?

Set some time in the distant future, "Geneshaft" takes place in a world where genetic engineering is widespread. One of the things it is used for is to ensure the women:men ratio in the world is at an "optimum" 9:1... for no good reasons that I can fathom. Of course, not only are the women genetically modified to be clever, but also good looking. Now, from this setting, you can probably guess the kind of anime this is gonna be. Yep, premises wise, this puts Geneshaft squarely in the middle of "Vandread" territory. But whilst "Vandread" is mildly enjoyable in a generic way, "Geneshaft" falls flat on its face.So why is "Geneshaft" worse than "Vandread"? The difference is that Geneshaft tried too hard to be some thing that it's not. Given its ludicrous settings, let's not pretend it can be much more than a shallow show aimed at satisfying the fantasies of male otakus. But this didn't stop Geneshaft from trying. From the pretentious heavy guitar music to the pitiful attempt at constructing an intelligent sci-fi storyline and convey across some deep and meaningful message about love, it fails on pretty much all counts. On the music front, it tries to do something similar to what was done in "Trigun"... and it failed. "Trigun" just about got away with it because it oozed style. "Geneshaft" is severely lacking in the style department. The attempt at a laid back and cool sounding ending theme is even worse - the awful song sounds like it's sung by someone half asleep. Trying to be cool and up failing is worse than not trying at all.Then there's the sci-fi story they tried to build up. They set up the whole thing well enough, giving the viewer enough questions to chew on (though I wasn't too interested in chewing on it since the anime failed to pique my interest in the first place). Problem is that they seem to have forgotten all about it half way through, because by the time "Geneshaft" ended you suddenly realise that the story is shockingly incomplete, answering hardly any of the questions posed in the first half. This is probably because towards the end it's too busy trying to force some generic "love conquers all" message down the viewer's throat, and... you guessed it - it failed. From my personal viewing experience, emotional messages generally works out only after the anime has already won over the viewer with its characters or story. Geneshaft's emotional messages were founded on hot air - it might have worked had I cared for any of the characters... but I didn't. The main protagonist is forgettable; the girl who is supposed to be genetically engineered to be perfect is such an idiot that it's laughable she managed to convince anyone in the cast to believe that she's perfect at all. The male captain is one of those emotionless people. It was obviously intended to make him "cool" and "mysteriously interesting". It failed. On both counts. He is so boringly cliched that I couldn't give a rats ass about his story. Ok I'll stop ranting on about the characters now... but only because I can't even remember any of the rest of the cast :PThe animation is just about the only thing about "Geneshaft" that I liked. I can't really say it looked amazingly polished, so I guess it's more to do with the style of the animation that I liked it. The computer graphics used for the giant robots are quite impressive, though the circular jets of fire that shot out from them when they get propelled forward is a little odd."Geneshaft" is quite a distance from being good. But then again, I can't honest say that it's incredibly bad either. It simply falls into that worst area of mediocrity that makes an anime not good enough to be taken seriously, but not bad enough to be funny. It's the kind of forgettable anime that makes you wish it was worse, cos then it would have been more entertaining than the yawn-inducing series it ended up as. "Vandread" flaunted its appeal to its targeted audience, and doesn't really try to be much other than the shallow fanservicey harem that it is, and as a result it succeeded in getting some things. In contrast, it's difficult to imagine "Geneshaft" appealing to any audience, as it flounders hopelessly against the limitations that it shackled itself to with its hilariously bad background. It ends up failing to the extent that I am reminded of a motto on one of those demotivational posters:"Incompetence - when you earnestly believe you can compensate for a lack of skill by doubling your efforts, there's no end to what you can't do".

Start a new discussion for Geneshaft anime. Please be fair to others, for the full rules do refer to the Discussion Rules page.