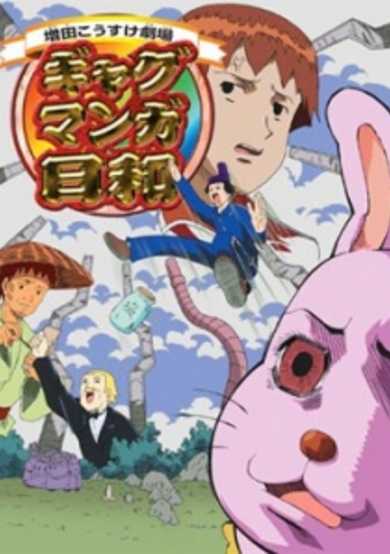 Gyagu Manga Biyori is an anime that is about absolutely nothing. It is comprised of 12 short stories (5 minutes long each) that only build up a small amount of plot for each story. The anime feeds off the stupidest things, but is quite humorous. (Source: ANN)
User Count954
Favorites Count8
Start Date7th Feb 2005
Next ReleaseInvalid date
Popularity Rank4896
Rating Rank3944
Age RatingPG
Age Rating GuideTeens 13 or older
SubtypeTV
Statusfinished 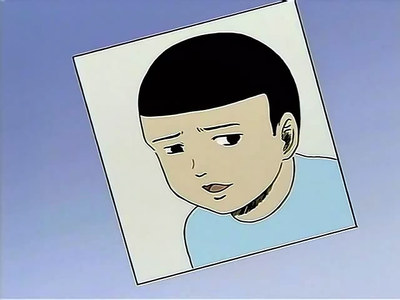 The CEO of the Uki-Uki Confectionary talks about the new product - the Dokkiri-chan Chocco (with a free sticker inside), and he wants to talk to the product development department. It appears that the stickers in the packages are all of a depressed (and mentally damaged) boy, and this is why the product is not selling well. In the second part, the CEO of the Macho Bread Corp goes down to the mall for a new Doki-Doki Bread. He opens to reveal... 3 Takeru-stickers in a row. The CEO knew that something wrong is going on. 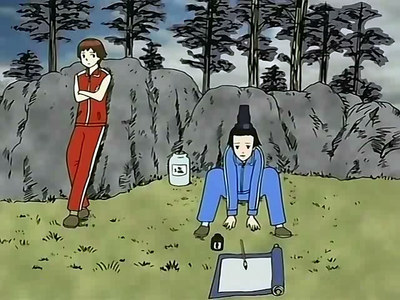 Yang-Ti Gets Angry! The Sovereign Letter

Prince Shōtoku along with Ono no Imoko have become Kenzuishi, imperial embassies to China. They were to meet the Chinese Emperor Yang of Sui and were heading to Luoyang by ship. They are, however, suffering from long-term travel insanity. Prince Shōtoku and Ono no Imoko arrive at their destination: Luoyang. They go to meet the Chinese Emperor Yang of Sui (who is really an alien from the planet Octopus pretending to be human and manipulating the people's minds) to give him the letter from the Emperor of Japan. However, in doing so, things go quickly and horribly wrong. 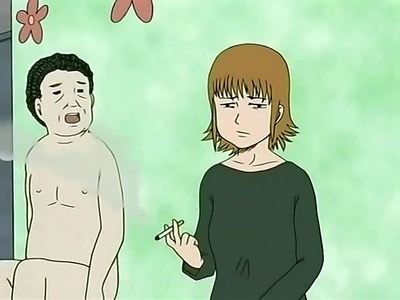 It is only three more mere hours till a giant meteor hits the Earth, wiping out all life forever. The world is in total chaos and insanity with the knowledge that in three hours the apocalypse will come. A TV station has invited five celebrities to talk about the end of the planet Earth - unfortunately, they are also affected by the worldwide chaos, as they show their true colors... and none of them are too pretty. 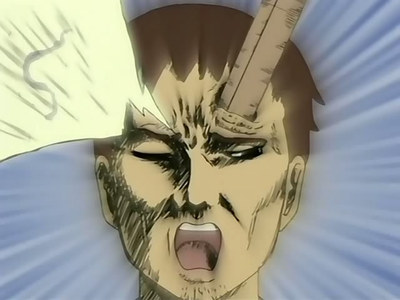 Down the Narrow Road, Episode 1

In 1689, the well-known poet (and wimpy looney) Matsuo Bashō took his apprentice, the "apprentice-teaches-master" Sora as his travelling company, and started a journey towards the narrow road to the deep north. This is the beginning of their story - and, in extension, their madness. 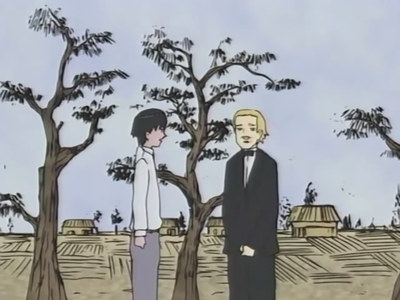 Consulate Townsend Harris and his Hollander personal secretary Heusken go to Japan to finalize the Treaty of Peace and Commerce. However, Harris is more absorbed in his plan to leave a historic impact to the Japanese - something that only results in madness. He made a plan for their trip in Edo - which is actually insane pictures of his visions of failure and success, including a drawing of Heusken smiling - while blood is flowing down from his mouth. 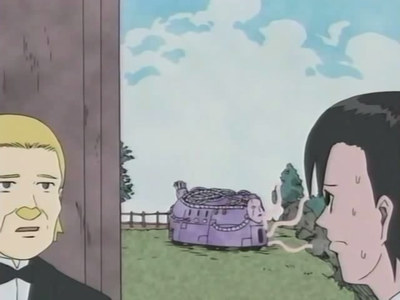 Harris and Heusken are ready to finalize the treaty, and they are going with a strange vehicle that Harris already made. Will Heusken survive this abomination of an invention that'll make him go up and down? Will the treaty be passed? Or is this the ultimate death knell for the Treaty of Peace and Commerce - and the world's sanity? 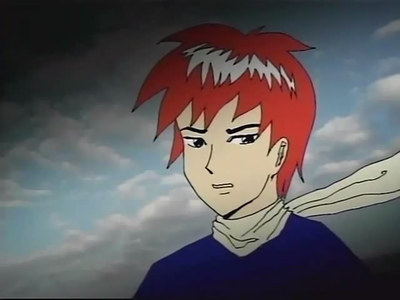 The first part of this episode is a Doraemon parody about an alien called Omusubi-kun and the boy he lives with, Hebota, as they live together until Omusubi-kun, after having his insides revealed, leaves the planet Earth for good. The second part is about Mach Ryou, a motorbike racer who raced against a punk over a girl at the deadly cliff road. The resulting race escalates into an all-out cliff joyride as Ryou and the punk race for the ultimate prize. 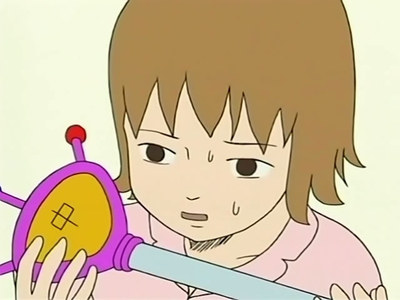 Birth of the Magical Girl

The Ramen Fairy, one of the fairies that are sent to the degenerating Japan by the Queen of Fairies, is found by a girl inside a ramen cup - with a chopstick-stabbing first contact. He asks the girl to become a magical girl - which, however, yields unexpectedly disastrous results. 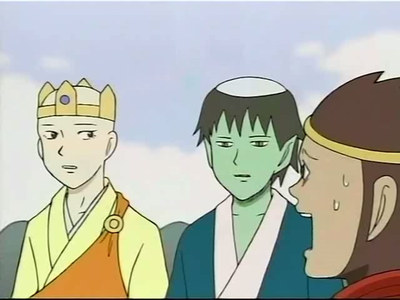 Saiyuki: The End of the Journey

Xuanzang and his comrades are at the end of their journey to India, and they are racing to reach the goal first. Xuanzang tries to keep his comrades from cheating by reminding them of their dead friend Zhu Bajie. However, during these events, total chaos erupts and the truth about how Zhu Bajie died is revealed.

Start a new discussion for Masuda Kousuke Gekijou Gag Manga Biyori anime. Please be fair to others, for the full rules do refer to the Discussion Rules page.