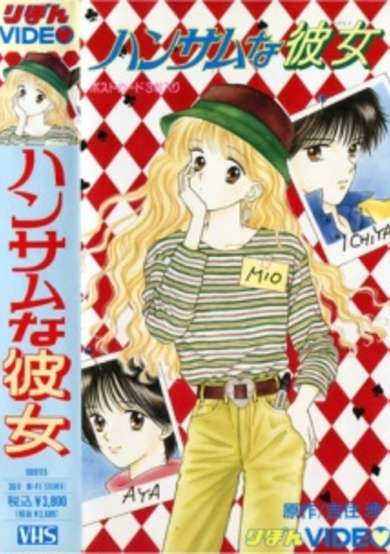 Hagiwara Mio is a 14-year-old TV actress who has gotten popular. One day on a set, she meets Kumagai Ichiya, who tells her that her acting "stinks". Mio is hurt by his comments, but she finds that she can't get Ichiya out of her mind. It turns out that Ichiya is a promising director, who directed a music video for Mio's friend Sawaki Aya, an idol singer. After the success of this music video, Ichiya is asked to direct a movie, and he wants Mio to be the heroine, because he feels that she is a "handsome" girl like the actresses of old. How will Mio cope with her feelings toward Ichiya? (Source: T.H.E.M. Anime Review)
User Count337
Favorites Count0
Start Date21st Jan 1992
Next ReleaseInvalid date
Popularity Rank7414
Rating Rank10110
Age RatingPG
Age Rating GuideChildren
SubtypeOVA
Statusfinished

I feel as though there was a lot crammed into this OVA it wasn't a horrible story,  but there was too much left out. The two main characters have an under developed love interest. The famous young actress or "Handsome Girl" Mio Higawara and up and coming director Ichyia Kumagai**.** There is also a light touch on a potential clash between friends Mio Higawara and Aya Swakai (Mio's friend, Ichiya's old flame and famous pop idol) over the love interest, but this is never really investigated or drawn out. Since the OVA is a short there is a lot to be desired.  There were a lot of dangling pieces. SN: Handsome girl is a reference to dominating silver screen actresses that were very strong characters, poised and confident on the screen. Ichiya intially calls out Mio upon first meeting by telling her she sucks.  Later Ichyia wants Mio to be in his new film and wants her to be his "Handsome Girl".   Magically the main love interest becomes happily-ever after in a few short minutes.  I haven't read the Manga, but I am only guessing that will address all of my concerns.

Start a new discussion for Handsome Girl anime. Please be fair to others, for the full rules do refer to the Discussion Rules page.