I My Me! Strawberry Eggs

Amawa Hibiki is a young man just out of college, with an education to be an athletics teacher. He's been having a hard time finding a job since he graduated, so all his money has gone towards living expenses. When his landlady demands his first payment to live in her living establishment upfront, he heads to the local middle school to get hired as a teacher. However, the principal refuses to hire him without hesitation. She will not hire men as teachers and makes it clear that she hates all men, saying they put no love into their passions and work. Amawa does not give up and with the help of his landlady, he crossdresses as a woman without a second thought, and gets hired, so he can earn money and also prove the principal wrong. Now, he has to keep his real gender a secret, and avoid strange situations, including the affections of his students (from both genders). (Source: ANN)

All I My Me! Strawberry Eggs released episodes 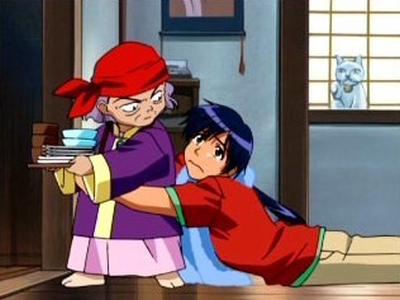 The local inn's landlady demands rent to be paid at the beginning of the month, forcing Hibiki Amawa to find his job as a P.E. Teacher as soon as possible. When he checks into the nearby school, he discovers that the man-hating Principal only hires female teachers. Discourged, Hibiki returns to the inn only to find that the landlady plans on Hibiki getting the Job. She dresses him up as a woman, and Hibiki returns to the school. The Principal says that a test is required of ""her"" and that is to help a young student named Fuko run the 50 meter dash without tripping. After futile attempts, Hibiki whispers to Fuko, who, once returning to the starting line, hitches up her incredibly long gym skirt. She then runs the 50 meters, and jumps into Hibiki's arms. Hibiki gets the job as the PE Teacher, and Fuko begins to expirience some puzzling emotions about her ""female"" gym teacher. 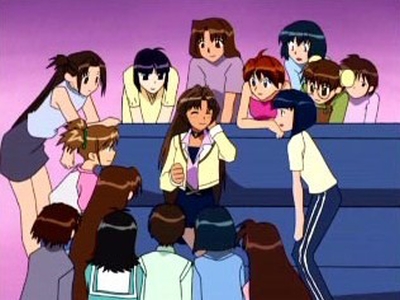 A mysterious voyeur begins to frequently appear on the dormitory property so to keep the girls safe, Hibiki is instructed to temporarily live with them. 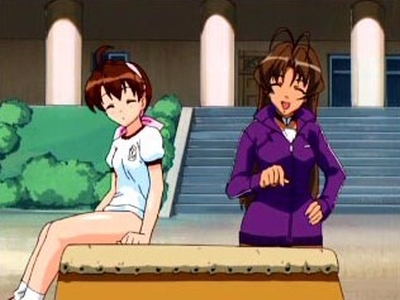 Dissatisfied with the long pleated skirts the girls wear during athletics class, Hibiki tries to introduce buruma as an alternative. 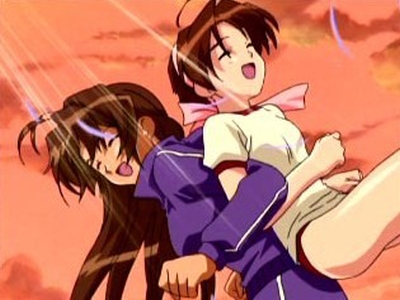 It's parents weekend and when it's Hibiki's turn, the parents are asked to join the class. But who will be there for Fuko? Mori and Tofu attempt to enter the school as parents. 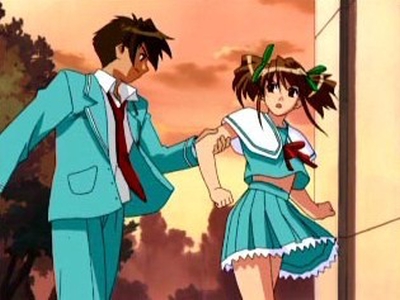 Physical Examination Day has come to Fuko's School. The Boys plan on upholding the tradition of pinning up results of the examination on the bulliten board, including ""bust size"" and ""nicest body."" However, Teacher's take extra caution this year, and plan to have the Examination in a windowless soundproof room. Will that stop the boys from getting the dish? Meanwhile, Fuko has become embarassed about her own bust-size and becomes rather preoccupied comparing hers to other girls'. Suddenly, the Vice Princepal has suspicions about Hibiki, and declares that ""she"" must partake in the examination as well. Is the Cat out of the Bag? 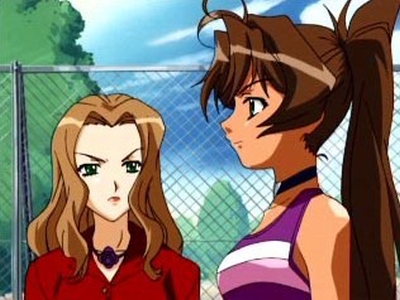 Hibiki is worried that he's become more of a woman since he's disguised as a woman. A fight starts between the children. But who started it? Meanwhile Tofu and Mori try to dig under the school. The school's director wants Hibiki to marry his nephew. The students hear about this and decide to spy on his nephew. Can Hibiki stop this marriage in time? 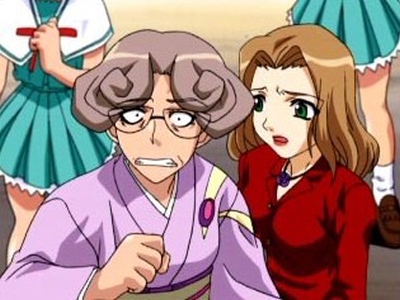 The male students become very unhappy when Shoichi Iwaya, a friend, is accused of stealing Reiko Mukogawa's salary. They rebel against the school and protest by threatening the safety of a priceless statute in exchange for equal rights. 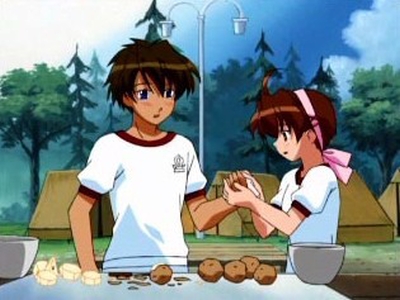 Hibiki's class goes on a camping trip where affections blossom between students; including Hibiki who has an admirer himself. 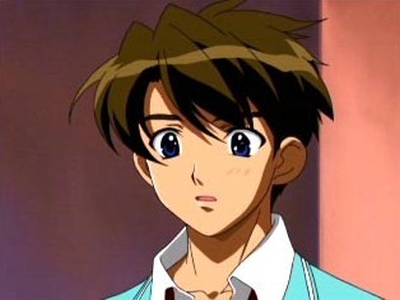 Fujio Himejima tries to confess her feelings to Akira Fukae with the help of Miho Umeda, but things don't go as planned.

"Aiii Maiii Miiii Strawberry Egg" is undoubtably, unashamedly aimed at those otakus that spend a lot of their time fantasising about unlikely, perverted romances. It doesn't bother trying to disguise this fact. The premises is a total farce: a newly qualified school teacher Hibiki Amawa wants to work at Seito Santomiya school, but there's just one problem: the school only hire female teachers because of the principal's dislike for men... and Hibiki is a man. So, in order to prove a point, Hibiki dresses up as a woman and is successfully recruited into the school. One of the female students Fuko Kuzuha soon falls in love with him despite Hibiki's appearance as a female teacher... and yeah, things gets messy from there on. With more fan service and hackneyed breaking of taboos to shake a stick at, I really ought to have loathed this show with a passion. But I don't. Despite all its shortcomings, "Strawberry Egg" actually exhibits a charm that is typified by the warm, sunshine opening theme (something that reminds me a little of "Fruits Basket"). But with the exception of a couple of episodes, this series is mostly predictable trash. And even in the episodes that are not pure trash, only a few moments truly shines out amidst the absurdity. The best example is probably the parents visit episode, when Hibiki, being a PE teacher, gets the parents to go on a run with their kids. The whole activity is hilariously bad - PE seemed like the only lesson of the day, as though there was nothing else to do; the runners were not told the route; people could just quit and go back whenever they felt like it; not to mention the idea that someone who's incredibly unathletic could just go and outlast the rest of the class through determination alone is totally unbelievable. It was clear that the whole thing is just a contrived set up for the scene at the end of the run. But when that scene came, I couldn't help but feel moved by it, even though everything leading up to it was so poorly thought through. There was another scene in the last episode, where Fuka gives a speech. Though the speech itself is terrible and the reactions predictable, again, I was touched by it. Perhaps the secret is in the two characters, Hibiki and Fuka, that the anime revolves around. Being the anime that it is, there is no shortage of thinly veiled excuse for fanservice moments and lecherous characters and their dubious activities, but through it all, Hibiki and Fuka both managed to pull off their roles rather well. It feels as if Hibiki genuinely has the welfare of the students in mind (unlike his lecherous flatmates), and Fuka also comes off as the sweet, caring individual that she's meant to be, perhaps due to some rather skillful voice acting. The only facet of her character that feels too cliched is the whole clumsy, constantly tripping routine, which is way too exaggerated and has been done far, far too many times already. Even though "Strawberry Egg" does have some subtle redeemable qualities, I really hesitate to recommend this as a genuinely good watch because, let's face it, it's not. It's a mostly manipulative show with a story progression that, more often than not, feels forced and shallow (something that's exemplified by the big "twist" at the end that made no sense). But it must have done something right, otherwise I would be treating it with a lot more distain that I am now. It may not offer anything intelligent to chew on, but it does provide some aesthetic pleasures.

Only watch if you run out of other gender bender anime.

Start a new discussion for I My Me! Strawberry Eggs anime. Please be fair to others, for the full rules do refer to the Discussion Rules page.