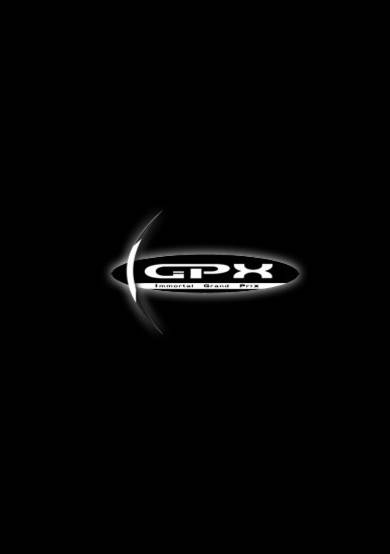 In the year 2035, Team Suzaku and Team Sledge Mamma are preparing to meet in the final round of the 12th Immortal Grand-1 Prix (IG1 or IGPX). Takeshi leads Team Suzaku, which is made up of a group of young amateur pilots who must make the most of their limited funds and weaponry in order to prepare for the competition designed for professionals. This series served as the pilot to the full IGPX: Immortal Grand Prix, each episode is only 5 minutes long or less. A key difference between the two is that this series featured combat mecha competition rather than racing mecha.

Team Suzaku is an amateur IG team who would love to compete in the famed IG-1 Grand Prix but ever since the sporting event became a boring and repetitive event, what with the same teams competing every year with nearly no surprises, they have wanted to compete not just for the sake of competition but to add some new blood to the event. Now it looks like things are about to change and luck (or so it seems) is on their side. The defending champions have been taken out of IG-1 Grand Prix 2035 and a random drawing to choose a team as their replacements reveals that Team Suzaku will take their place with young 14-year-old Takeshi Noah as their leader.

As Team Sledge Mamma's cybernetically enhanced pilots prepare for the IG-1 Grand Prix, Team Suzaku worries that they may not be ready for several reasons. Takeshi is afraid that their machines won't stand up to the pros' more advanced machines. Meanwhile, Amy is worried about the ruthless and dangerous nature of the game and fears that someone could get seriously hurt. Soon Team Suzaku has an even bigger problem to worry about when they find out that U-Matsu has forgotten to buy the team's weaponry.

Team Suzaku tries to figure out how they will be able to compete in the Grand Prix without any weapons especially considering that Team Sledge Mamma's machines are much bigger than their's. Suddenly Major Hamgra, the manager of the team that Suzaku is replacing, contacts them to help out with some advice when Takeshi gets the idea to ask Hamgra if they can use his team's weapons in the match. Finally the time arrives to compete but Team Suzaku still has no weapons and their third pilot, Amy, is nowhere in sight which means that Takeshi and Liz must now compete against Sledge Mamma and face being outnumbered, outmatched and outmuscled. Amy finally arrives and although she's late she more than makes up for it by bringing the weapons Team Suzaku needs courtesy of Major Hamgra.

Team Suzaku tries desperately to get into the groove of the game but find it difficult. The team discovers, to everyones surprise, that Amy's cybernetic cat Luca has taken control of her mech. Meanwhile, Takeshi struggles to gain control of his weapon and Liz uses her image training to help her battle Sledge Mamma after she runs out of ammo. Things take a turn for the worse when Liz quits the game and Sledge Mamma brutally shoots down Amy after she attempts to protect Takeshi. When it's discovered that Major Hamgra has somehow gotten involved with Team Suzaku for unknown reasons an investigation is quickly launched in an attempt find any wrongdoings.

So far, one Sledge Mamma pilot and two Suzaku pilots are out of the game. Takeshi, the only remaining Suzaku pilot, must now face off against two massive Sledge Mamma mechs by himself. It's not easy but it turns out that Takeshi has a trick up his sleave as he reveals that he's saved the best for last. Using weapons such as guns didn't work in his favor but he soon finds out, when he pulls out a razor-sharp sword, that it's his amazing ninja skills that he needs to help him win the game. Takeshi, leader of the amateur underdog Team Suzaku, takes out the remaining Sledge Mamma mechs and wins the IG-1 Grand Prix surprising himself and the world. Just as the team celebrates Major Hamgra reveals his ulterior motives for helping out Team Suzaku. Hamgra has had plans to merge his team with Team Suzaku which would mean that Takeshi, Liz and Amy would have to face becoming cyberbetically enhanced pilots. If they refuse they will be forced to pay the outragously expensive dues that they owe f

Start a new discussion for IGPX: Immortal Grand Prix anime. Please be fair to others, for the full rules do refer to the Discussion Rules page.