Following his victory over RedSuns leader Ryosuke Takahashi, AE86 driver Takumi Fujiwara is challenged by the Lancer EVO-based "Emperor," a group known for taking decals of racing teams they defeat, cutting them up and placing them on their cars like a fighter plane kill board. Takumi's undefeated streak is on the line as his AE86 is virtually no match against the more powerful and more agile four-wheel-drive EVOs of the Emperor team. (Source: ANN) 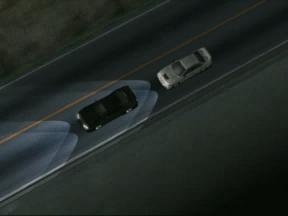 Emperor, a team of Lan Evos from the Tochigi prefecture has arrived with the goal to crush every team in Gunma. Soon they realize the fastest car in Gunma isn’t just Akagi’s White Comet, but also a new downhill legend known as Akina’s Eight-Six. 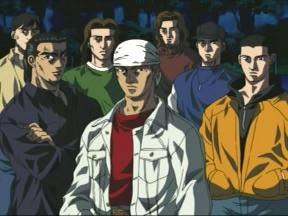 What would happen if the Eight-Six gets a new upgrade? That’s exactly what Iketani and Itsuki has been thinking about to increase the performance of Takumi’s vehicle. But would Bunta allow it? Elsewhere, team Emperor’s winning streak isn’t slowing down as they continue to sweep across Gunma, defeating every race team with ease. Their next target, Akina’s Eight-Six. 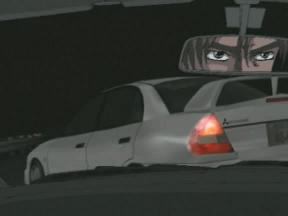 The Feeling of Defeat

Kyoiichi senses an uncanny fighting spirit within the Eight-Six’s driver, as he gives Seiji strict rules against the race. Seiji however decides to ignore these rules and launches his Evo IV into full power. Takumi is outclassed in almost every category as the Evo IV’s power is truly amazing. The battle risk escalates when the race reaches it’s second half point of the coarse. 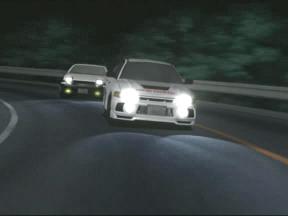 In his heart, Takumi couldn’t accept his victory over the Evo IV and decides to make a vow. To add to his already uneasy thoughts … anonymous messages are being sent to Takumi concerning his relationship with Natsuki. 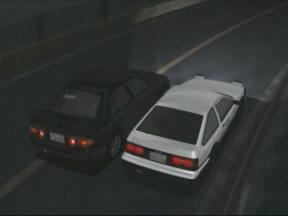 Takumi soon discovers Natsuki’s secret that leads him to vent his anger in an egotistic battle against Kyoiichi at Akagi, thinking little of the huge disadvantage he has. 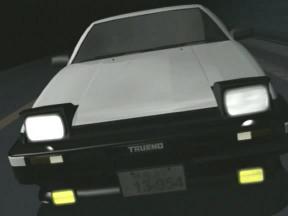 Kyoiichi is realizing just how incredible Akina’s downhill is, yet he has full confidence in his rally tuned Evo III. Takumi soon realizes the difference between the Eight-Six and the loud banging horsepower of the Evo III. It seems that Bunta instinctively knows of the race taking place as a major turning point is about to happen in the series. 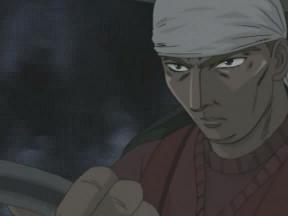 With the Eight-Six out of the picture, the RedSuns has become the main representatives of Gunma, as every local racer within the prefecture are in favor of Emperor’s defeat. Ryosuke has returned on the street to defeat the revenge-seeking Kyoiichi, who plans to use his theories of motorsports against the White Comet. Also, Iketani and Kenji spot another racer from a neighbouring prefecture. 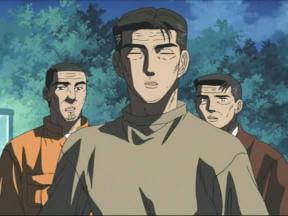 Mt. Akagi’s battle continues, as Ryosuke has his own theories about streetracing…and he plans to demonstrate it’s difference on Kyoiichi’s Evo III. Back in Akina, Takumi’s routine way of life is gone with the absence of the Eight-Six and the discovery of Natsuki’s secret. 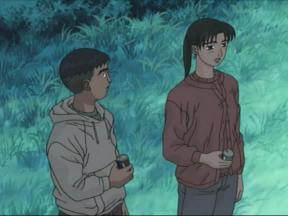 The Eight-Six has returned undergoing a major change. Takumi soon test-drives the new performance much to his mixed satisfactions and disappointments, but what he doesn’t understand is what Bunta knows what’s within that car. Also, the relationship between Takumi and Natsuki is falling apart, but Itsuki’s heart is shaken with the appearance of Kazumi. 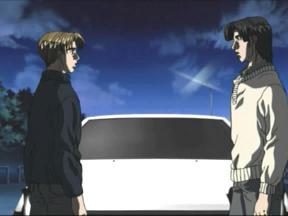 After Wataru issues a short-lived battle against Keisuke, his sister Kazumi introduces him to Itsuki leading to a chance meeting with another Eight-Six driver. At first everything seems right with the meeting, but because of Takumi’s naïve reaction to his car’s new downhill weapon, Wataru rubs it the wrong way as his bad side emerges.

If you haven't gotten enough of **Initial D**, car racing or downhill drifts, then these thirteen episodes will stop the withdrawal symptoms for a while. The story continues where the first series left off, with Takumi facing a challenge from a member of Emperor. This team's main objective is to defeat the best racers in each district of Japan, and be the best team there is (it's the closest thing to world domination you can get in a racing anime). Takumi is once again thrown into race after race to defend his honor, record and the glorious name of the \*ahem\* Fujiwara Tofu Shop... For fans of the original series, the most obvious difference would be the change in art style. The characters and scenery are slightly more detailed, but the art style detracts from the manga's original look. Usually detailed art is a welcome improvement, but in this case the characters look a lot dorkier and weirder than the original (which was already quite poor). The computer rendered cars still look the same, though, and the racing scenes are still carried out in the same way. The plot expands a bit this time, involving things like defeat, betrayal of trust and love troubles that both Takumi and Natsuki experience. Although more effort was made to flesh out the characters, the theme is still welded, glued and nailed to downhill racing, so all this takes a backseat to the smell of burning rubber. Which is a good thing, because watering down the racing action would nullify the main appeal behind this title. Being a direct continuation of the original's storyline, you would have to watch that first otherwise you will not understand what's going on. You really don't need background information to watch a car race, but knowing a bit about the characters or even the cars will help a lot. Things do get a little dirty at one point when a horny guy gets itchy fingers, but other than that the only objectionable thing in this title would be dangerous driving. Suitable for almost all ages, but it appeals mostly to those who enjoy racing or can drive.

Much more enjyable than First Stage. You get much more character development and really feel for them. In the end it matures the characters and the story of Initial D

Start a new discussion for Initial D Second Stage anime. Please be fair to others, for the full rules do refer to the Discussion Rules page.