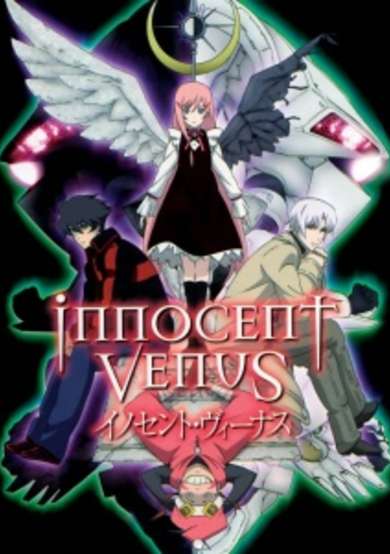 In the year 2010 AD, Hyper Hurricanes born concurrently all over the world caused severe damage. Five billion people lost their lives, decreasing the world's population to 3 billion. Existing economies and military were wiped out. Countries were frozen under solid ice, plains sank beneath seas, the world was changed dramatically. Human civilization enters a chaotic era. Poverty flourished outside of these economic zones and slums were widespread. The ruling class called themselves Logos and maintained their position by force of arms. They call the poor Revenus, who are exiled to live outside the special economic areas. Time has passed since then. Katsuragi Jo and Tsurasawa Jin, escape from Phantom, a force organized to watch Revenus and to suppress renegade elements of the Logos, taking with them a mysterious girl, Nobuto Sana. There are many who are interested in her, all with their own reasons.
User Count2104
Favorites Count4
Start Date27th Jul 2006
Next ReleaseInvalid date
Popularity Rank3419
Rating Rank6206
Age RatingPG
Age Rating GuideTeens 13 or older
SubtypeTV
Statusfinished 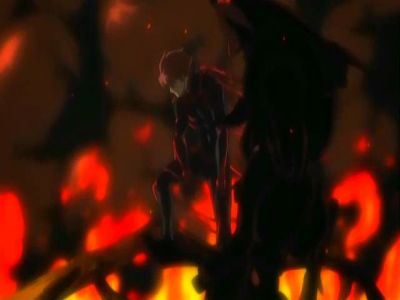 Sana is being chased by what seems to be an army, and Jil is helping her get away. The two make it very far and almost reach their destination until they are surrounded. Jil realizes that they are about to be captured, when all of a sudden someone begins attacking to army. His name is Jo and he barely speaks, but he knows Jil pretty well. The three of them later leave the city, with a little man named Goro tagging along. Goro seems to have sources of information. 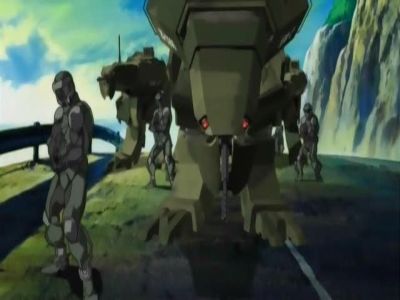 Jin and Jo go to an abandoned super market to get good before they leave. While Jin's inside, some police men come across their truck... But Jo easily handles that. As they're making their way across the ocean with Goro's help, a pirate ship appears from the sea and blocks their path. It turns out that Goro was trying to steal their military attire from the start. To make matters worse, the military shows up. 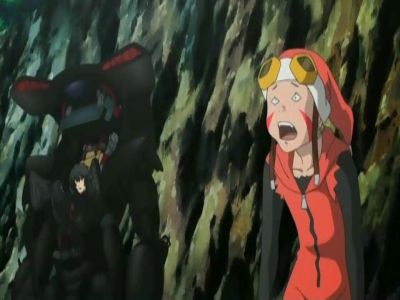 Jin and Sana are separated from Jo and taken aboard the pirate's ship, where they meet with the leader, an odd man named Toraji. Toraji seems to know a bit about Sana and the Phantom organization. Meanwhile, Jo forces Goro to help him find Jin and Sana. 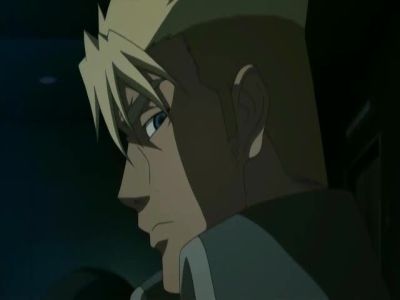 We learn that Toraji was a former member of Phantom as weel, but he left along with one of ther submarines. Jo comes aboard the ship the save Jin and Sana, and in the end Toraji tells them to go meet a man who will surely help Sana. 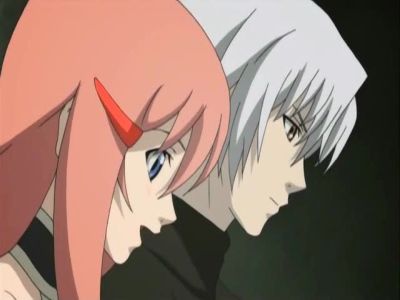 Jin, Jo and Sana finally meet up with the man Toraji told them they could trust, and we learn that Jin planned on meeting him all along. The man is Sana's grandfather, and we learn that her father was a skilled doctor before he was murdered. Jin knew him very well. As sana and Jin taslk, Jin reveals that his father took his own life, and that he saught revenge on the men that drove him to it. Jin and Sana play the piano together, and Sana suddenly collapses 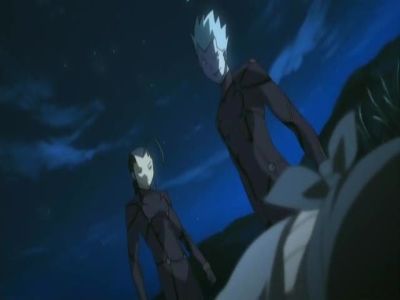 Members from Phantom invade the town where the three are hiding seeking Venus. Meanwhile, Sana awakes after collapsing at the piano. Suddenly an alarm goes off. Jo and Jin fight back to protect Sana. 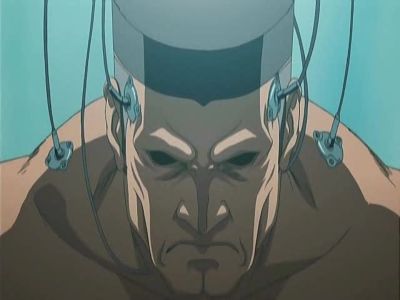 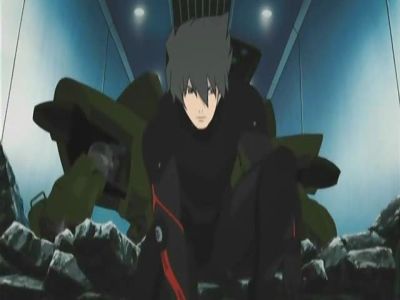 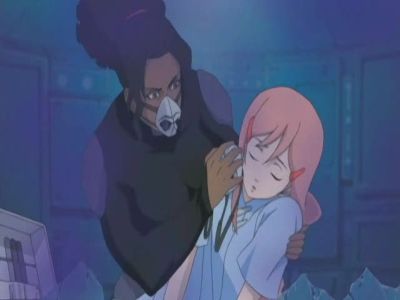 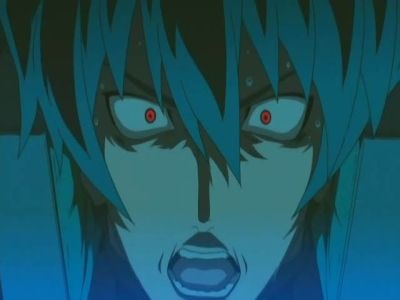 Innocent Venus is a near miss series that lingers in my memory for what it could have been, rather than what it was. It's a short series, 12 episodes total. The first 3 or 4? Fantastic, definitely recommend. Great characters and characterization, interesting dynamics, good pacing, nice exposition, world building, fight scenes - everything is fabulous. These episodes are great, plain and simple. I rewatch these first episodes as stand alones because it is just so nice to watch. After episode 5 or 6, the series loses steam and starts to unravel. I can't recommend the ending, but that start is flawless.

**"When you learn the truth, it can ruin you, or it can lead you to salvation."** **** Innocent Venus was a surprising show for me, as I originally picked it up due to looking for mecha shows because I was bored, and had just finished Buddy Complex, and so while I was in the search for anime similar to Gundam Seed and the Seikai no Monshuu/Senki series, and I stumbled across this hidden gem. **Story - 9 ** The story of Innocent Venus was a really interesting one, mainly because of the odd, rather dystopian-esque setting. It intrigued me, and also left me rather confused, as they didn't explain how great the social divide was enough, as in was it world wide, or just in the small area the story took place in. Mark it, we did get to see a city in a nation that contrasted the regular idea we were shown (Rich living in luxury, poor suffering in ruined outskirts), but I feel they could have done a better job explaining it. They really could have focused on that idea as well, but that social standing is not really part of the main plot line, it's just the setting. What made it interesting was the interactions of our main characters, Jo, Sana and Jin, who always seemed to have a mysterious air around them. The story was always interesting because it kept us wondering, why exactly is everyone chasing after Sana, while giving us small glimpses into the whole truth. The constant hints at a bigger truth kept me wanting to reach the end of the series fast. I was disappointing with the rushed ending though, as this show literally resolves the plot in that last 6-7 minutes, leaving you quite confused, with several question about the finer details. For me though, that doesn't affect the story score too much, as it was still a decent ending, and I can't really hold against the show. Other people might disagree depending on how much the ending, or latter half impacts their own score and this is what generally pulls this show down, it's ending, but I rate more on enjoyment rather then critique. **Charecter - 9** I won't talk much about it, but two characters I really enjoyed were Sana and Jo. Sana was a interesting enigma, considering she was the driving force of the show, given that she is the main plot element, but Jo's mysterious past really piqued my curiosity. At many times I found really wanting to know a lot more of this past, and the things that shaped him, but they never really went in detail into that. Luckily, Sana get's quite a bit of back-story, which is very nice. Finally, we have Jin, who I swear takes part in a M. Night Shyamalan like plot twist, who as just as interesting as Jo, but they made the same mistake. A certain plot element is really not explained too well regarding a decision he made, and once again, we get very, very little back-story, with a short bit crammed into the last episode, which was not ideal. **The thing I liked the most about them is that they are all unique, you won't any cookie cut outs here. Each one of the three had interesting stories, interesting characteristics, and were really a joy to watch grow. Their characterization as done really well. I applaud the studio, and the writers for that.** **Art &amp; Sound - 9,8** There isn't much to say here. The sound was decent, the mech suit movements were fine, voice acting was great, and the weapon and special effects sounded exactly like I would expect them too. So, overall, a nicely done job.The Art was very nice. Fluid animation, interesting mech designs, though I did find it a little dull that they all looked exactly the same, then again, that's not the point for the series, as it deals more with mysteries surrounding their production then their use. I really loved the design of the various backdrops of cities they used, as it painted a very interesting picture, and at many times with overhead shots, or wide angel scenes it was very easy to see the start difference between the rich and the poor here, driving home the point of just how bad this world is. <b>Verdict - </b>Overall, it was a very nice show that I enjoyed, and ended up rushing through the series in 2 days. Great characters, great story, decent sounds and enjoyable, fluid animation.

Start a new discussion for Innocent Venus anime. Please be fair to others, for the full rules do refer to the Discussion Rules page.