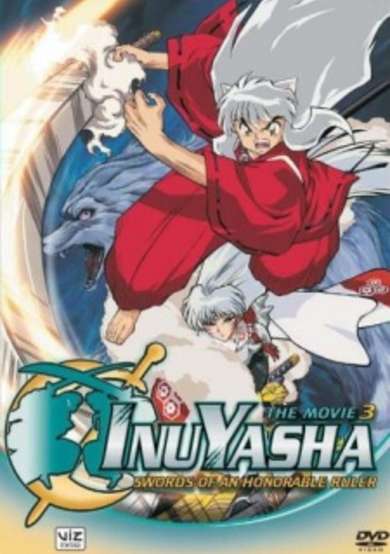 Izayoi and Inu no Taishou, Inuyasha's parents, are having problems with a human named Setsuna no Takemaru. Sou'unga a magical sword that has been sealed away for 700 years is found. Now everyone is after the sword and its powers but it seems the sword has something else in mind. (Source: ANN)
User Count6575
Favorites Count39
Start Date20th Dec 2003
Next ReleaseInvalid date
Popularity Rank1687
Rating Rank1209
Age RatingPG
Age Rating GuideTeens 13 or older
Subtypemovie
Statusfinished

Compared to the frequently lackluster series itself, Tenka Hadou no Ken manages to shine pretty brightly. Despite being a filler, it gives the viewers significant development of the story behind a few of the main characters. It also manages to expand a few of the characters that don't get any screen time of their own in the regular series itself. The conflict that expands through the story is both man against man and man against self, as several of the characters struggle with their own resolutions amid the greater conflict they have with one another. The sound and animation are pretty standard, but don't subtract from the real enjoyment to be found in the movie. Action packed with believable villains and fraternal relations, I'd recommend any fan of the series to watch this movie.

Start a new discussion for InuYasha: Tenka Hadou no Ken anime. Please be fair to others, for the full rules do refer to the Discussion Rules page.