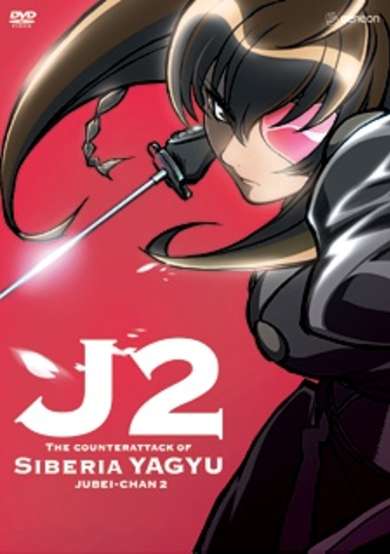 Three hundred years ago, in the frigid land of Siberia, Jubei Yagyu engaged in a fierce battle with Kitaretsusai of the Northern Yagyu clan. The duel was costly, as his daughter Freesia was frozen in suspended animation. As a result of global warming in the present day, Freesia breaks free from her icy grave and moves to Japan as a middle school transfer student, where she befriends Jiyuu Nanohana. Little does Jiyuu know that Freesia is targeting her to acquire the coveted Lovely Eye Patch, which Freesia believes is rightfully hers. (Source: ANN) 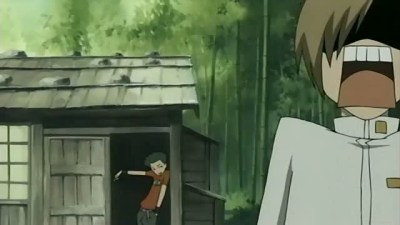 It Melted Somewhere on Earth

Three hundred years ago, Yagyu Jubei fights Kita Ressai, the leader of the Northen Yagyu that has been eliminated by the Edo Yagyu. In the ensuing battle, Kita Ressai along with Jubei's wife and daughter were swallowed and drown in the ice. In the present day, Jiyu Nanohana encounters a strange child holding the Lovely Eyepatch and tries to give her. After fleeing away from the child, Jiyu meets a young transfer student named Freesia. She takes Freesia to her home just in time to be attacked by Kita Furo and the Siberian Yagyu. The strange child appears and swiftly sticks the Eyepatch on Jiyu, transforming her into Jubei II. The battle ends in her favor, but then a mysterious swordwoman appears and attacks her. 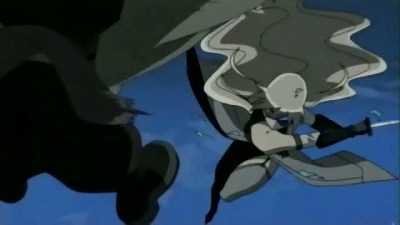 Fate Has Arrived by Coincidence

The swordwoman who claims herself the true Yagyu Jubei II nearly kills Jiyu, she searchs for the Eyepatch but it is taken back by the child. Jiyu awakens in her room and asks Freesia; she says she will stay one night. Meanwhile, Jiyu's father Sai meets up with his old boss and decides to write a ghostnovel. Back to the Siberian Yagyu, they are attacked by the swordwoman, this makes Kita Furo attack Jiyu. At the end of the day, the child reappears and introduces herself. 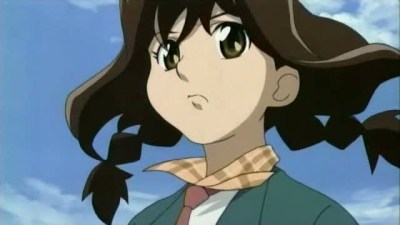 An Unneeded Item Had Been Thrown Away

Kita Furo bursts in through the front door and demands a duel with Jubei, but even without the Eyepatch, Jiyu is still able to defened herself. The following day, Furo attacks her again and is defeated, Jiyu however, is forced to face the swordwoman. At the heat of their fight, she tries to give her the Eyepatch, but it is taken by the child, Ayunosuke. For reaching her limits, Jiyu collapses, Shiro and the Ruffians quickly take her to the doctor, and Ayunosuke collapses in despair. Mikage decides to investigate, she runs across the swordwoman and just in time to save Ayunosuke from falling. After restoring her health, Jiyu blows the whistle and asks Ayunosuke about the Eyepatch. Ayunosuke explains everything, and though Jiyu is moved with tears, she refuses to accept the Eyepatch, swearing that she will never become Yagyu Jubei again. Peaceful in a Fake Family

The Siberian Yagyu decide to defeat Jubei while they are out shopping. They kidnap Freesia, forcing Jiyu to withdraw. On the other hand, Jiyu does not want to transform and when she reaches the top of the castle, Freesia is pushed down into the moat to drown. This makes Jiyu jump off and save her friend. As they drown, Ayunosuke sticks the Eyepatch on Jiyu, she transforms into Jubei II and defeats White Tiger Nizaemon. Meanwhile, Mikage's husband informs her about Kita Furo. Yesterday's Friend was the Enemy

In order to defeat Yagyu Jubei II, Kita Furo sets foot on training. Jiyu feels depressed for breaking an important promise, and discovers that Sai has continued to ghostwrite. Upset, she runs away; Mikage while after her, meets up with Nizaemon who has been defeated before. He begs her to convince Jiyu to free the rest of the Siberian Yagyu. Furo later catches up Jiyu, demands her to fight, but she refuses even when Nizaemon begs her to fight and Ayunosuke asks her to accept the Eyepatch. Suddenly, Freesia appears and takes the Eyepatch. 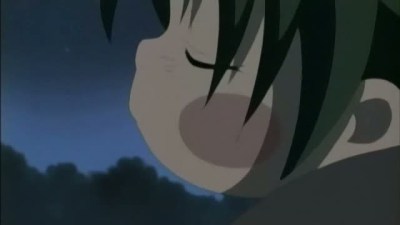 Despite having stolen the Eyepatch, Ayunosuke still manages to take it back as she believes it is rightful owned by Jiyu. In front of Jiyu's eyes, Freesia transforms into the mysteries swordwomen and takes down Furo, she forces Ayunosuke to give her the Eyepatch or she will slice her up. In a dramatic showdown, Jiyu transforms and takes on Freesia in a fantastic cliff top fight. Just as Jubei II begins to deliver the final blow, Jiyu's spirit stops her, seeing this, Freesia immediately slices her across the torso, Jiyu falls toward the forest below. With Jiyu out of the way temporarily, Freesia tries her best to charm Sai and make him forget about his real daughter. 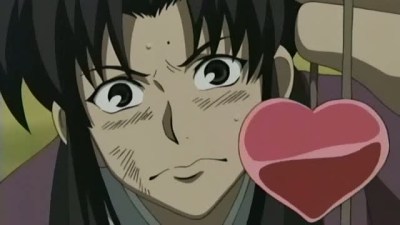 Found Myself Smiling After Defeat

Jiyu lies injured in the forest with Ayunosuke tending her wounds while Sai blames himself for her disappearance. Taking advantage of Sai's emotional state, Freesia continues to deceive him by playing the model daughter, but she is haunted by what happened in Hontsuru Castle. In order to paint Jiyu in the worst possible light, she lies to everyone about her absent. Meanwhile, Ayunosuke tries her best to make Jiyu accept the Eyepatch, Jiyu however refuses, says that her task is over. Ayunosuke runs away, and lies transformed into a 300-year old body. 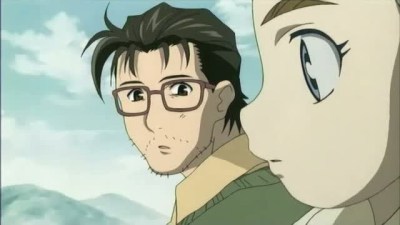 Swords That Crossed Paths Before

Upset that he could not match both Jubei II, Kita Furo calls up his father's power. He recollects his childhood memories when he first crossed with the original Yagyu Jubei, and the fallen time of the Northern Yagyu. As Jiyu recovers, she encounters Furo, tells him that everything is over. Feeling guilty for his daughter's disappearance and recalling his deceased wife, Sai agonizes over his failings as a father and as a human being. When Jiyu returns home, hoping a warm reunion with her father, Sai however, deceived by Freesia, slaps her instead. Confused by this, Jiyu leaves home and Sai is in despair. I Returned to Myself of That Day

Mikage finds out about what happened to Ayunosuke, sets out to search Jiyu who now is in a state of confusion, she does not recognizes Sai and believes that Mikage is her mother. Then Mikage knocks out Sai and calls her husband to keep an eye on him, and takes Jiyu to Ayunosuke's side. Elsewhere, Shiro and the Ruffians question the Siberian Yagyu just in time Freesia decides to eliminate them all.

Start a new discussion for Juubee-chan 2: Siberia Yagyuu no Gyakushuu anime. Please be fair to others, for the full rules do refer to the Discussion Rules page.