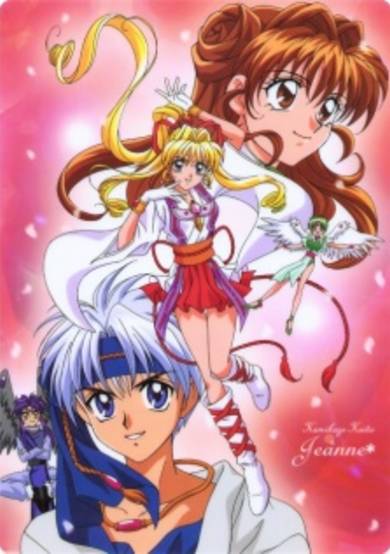 A normal looking high school girl on the outside, Kusakabe Maron is actually the reincarnation of Jeanne d' Arc. With the help of the angel, Fin Fish, Maron works as the thief Jeanne at night to seal the demons that reside in pieces of artwork, preying upon the weak hearts of the owners. She is branded as a thief due to the fact that the artworks disappear after she seals the demons. One day, a new neighbor and classmate appears, as well as a rival in her night job, the thief Sinbad. With her own best friend being the detective's daughter, out to capture her and the appearance of her new rival, Maron's work is anything but easy. 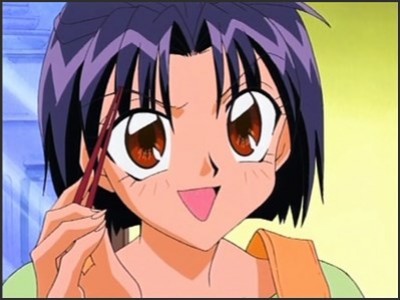 The Angel with a Notice Card

The episode starts off with Maron 'stealing' a painting, and getting chased by police and detectives. When bickering ,still fighting from school, Maron and Miyako meet a blue-haired boy after Miyako knocked down boxes and started yelling at whomever left them there. Maron does not like the boy because of what he said to her but Miyako is mesmerized by him. The angel finds out that an artist is wrecking his own paintings because he is possessed by a demon,leaving him a card of when Maron will show up, and wants Maron to help. The Target Is Family Bond

A loving father has been possessed by a demon inside his daughter's painting. Maron, despite reluctant at first, decides to save the family and seal the demon. 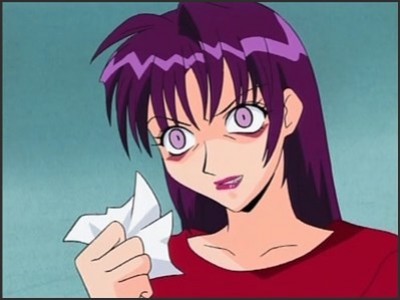 An Encircling Net! The Whole Student Body Is the Enemy

A passionate teacher arranges the entire student body to capture Jeanne after she's been possessed by a demon inside a vase. Maron and Fin are forced to work hard to lure away the students before they could capture the demon. 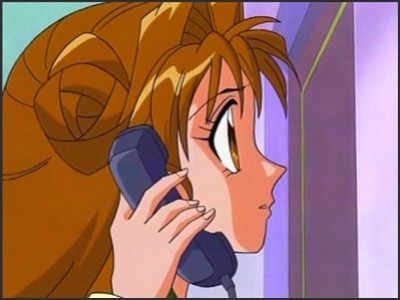 A Thief's Job Saves a Company, Too

While Maron works hard to capture a demon, an unexpected kaito appears and proclaims himself as "Kaito Sinbad" - Jeanne's rival. Emergency at the Airport!

Miyako's father has been assigned to protect a precious pearl. If he loses it, he will be charged for weak security. Maron is torn between her mission and pity for Miyako's father. 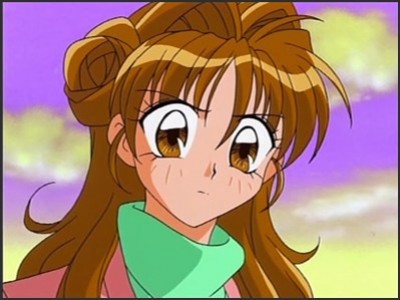 The Partner in Crime Is a Mysterious Old Woman?

Maron runs into an old, mysterious lady, who appears to be mugged until Fin finds out that she's been making an act to find a suitable partner to steal her son's jewelry, which has been infested with a demon. 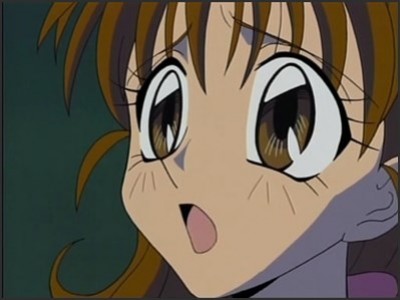 Miyako's father is at the risk of losing his job; he's been assigned to protect a music box. Jeanne manages to find a way to seal the demon without taking the box. 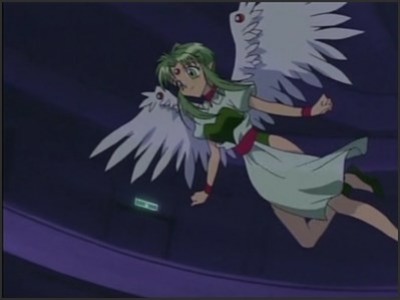 Steal the Melody of Love!

A young pianist, who Fin has fell for, has been possessed by a demon hidden within the melody of an ancient piano. Jeanne sends a warning to the pianist, though no one really understands what it means until she steals the piano. 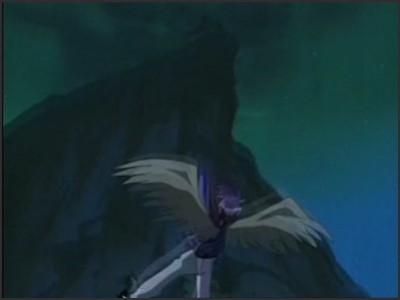 An old photographer has been possessed by a demon. He is already on the edge of his life, yet he accepts his fate in order to see his deceased daughter again. Jeanne tries to persuade him to live on, but it's no use. Sinbad comes to her rescue and burns down the studio to locate the demon. 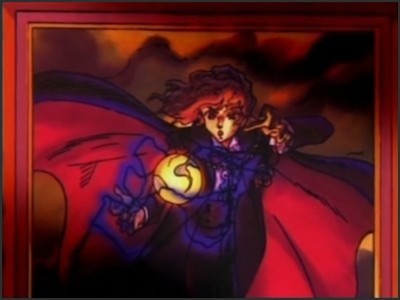 The Masked Man! What Is His True Identity?

One of Maron's Friends has been possessed by a demon. The demon changes her friends personality and at first Maron thinks it has changed for the better, but then his personality turns cold and mean. Jeanne sends a warning, but Sinbad ends up trying to checkmate the painting they think is possessing him... but he's actually possessed by a book and Jeanne takes the "checkmate" for herself.

A mahou shoujo show, a genre that might interest some, and chase off pretty much everyone else. KKJ might not give us any new spins in this highly niche genre, we can't help but love it anyway?StoryKKJ doesn't exactly provide anything ground breaking story-wise. It's standard mahou shoujo material. Like many other thieves you may find in other anime, Jeanne oddly enough tells the police beforehand she actually plans to steal something, and magically completes her missions successfully, foiling the police each time. While there is an obvious plotline, majority of the anime is fairly episodic. It follows a monster of the week pattern, so each week (or should I say each episode) Jeanne seals another artwork, normally helping non-returning characters that have problems most likely due to the demons. The second half has the plot picking up, with new (and returning) antagonists as well as development of the romance between the two main characters. It's fairly standard, but interesting enough if you don't mind standard to begin with.AnimationUnfortunately, the infamous reused transformation scene is used in KKJ, and is quite frankly an annoyance to watch after the first time. Animation is also reused a lot when it comes to the demon sealing. The animation is bright and colorful, and this being based off a manga by Tanemura Arina of course means awesome character designs, at least for the thieves' costumes. An irritating number of still screens are also often used in KKJ, detracting enjoyment at times, simply because nobody likes to stare at a still screen when something else could be done. Anyhow, if you're looking for amazing animation, look no further, because it certainly isn't here.SoundNothing too special can be found from sound either. The opening and endings are fairly catchy, although perhaps a more slow song would have been more fitting for the first ending. Background music is quite forgettable, but at least there's nothing that ruins the scenes, proving that the BGM does its job. Voice acting is fairly satisfying, with Maron's VA doing an excellent job showing her strength, will and loneliness. Fin Fish's VA, while befitting her role, is fairly annoying to listen to however, probably due to the extremely high pitch.CharacterKKJ's characters would have to be its strongest point. Most of the characters develop throughout the series, especially the leads. Maron is a seemingly happy person, but behind it all is one who suffers from extreme loneliness. Chiaki is a somewhat trouble male who has a reluctance in engaging in any serious romantic relationship with another girl. The developing romantic relationship between her and Chiaki is pretty much the highlight of the show for the romance lovers, but it's quite predictable from the start how it would all turn out. There's more to Miyako then what appears at first, with this and the history behind some of the antagonists, make up for a fairly interesting cast of characters.Did I like it?If you're wondering whether I actually enjoyed Kamikaze Kaitou Jeanne, I didn't really. I'm a fan of the manga and thought the drama especially portrayed in it was brilliant. I was disappointed when I saw the anime had taken the mahou shoujo approach, with long and tedious transformation scenes, and pointless clashes between Jeanne and the police. I also hate monster of the week setups, as they prove to be far too boring and repetitive.OverallOverall, Kamikaze Kaitou Jeanne is your everyday mahou shoujo. Complete with transformation scenes, flashy (and unrealistic) action, and a bit of romance here and there. Take that with some of the drama and twists presented in the show, an interesting cast of characters, and we have an anime the mahou shoujo lovers could waste their lives on for a while.

Start a new discussion for Kamikaze Kaitou Jeanne anime. Please be fair to others, for the full rules do refer to the Discussion Rules page.