Samatarou is not just an average high-school boy, the truth is that he is the son of a god, his mother is a goddess and his sisters are candidates to become goddesses. They are living in the human world, because they want their boy to learn about the human customs and the habits of the creatures that they are protecting, so that in this way Samatarou will become a better god. Tenko is a angel assigned to look after Samatarou. She's born the same day, same year as Samatarou and have been close friends ever since. Life seems normal but things start to change with the appearance of a transfer student named Kumiko. Samatarou falls in love with her and from now on, things will be a lot more different for him. His decision of making her fall in love with him without using his powers will put him in trouble. 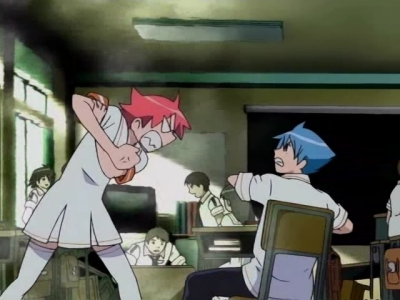 Do you believe in God?

The first episode describes Samatarou and Tenko's daily life, and how they and Kumiko met. 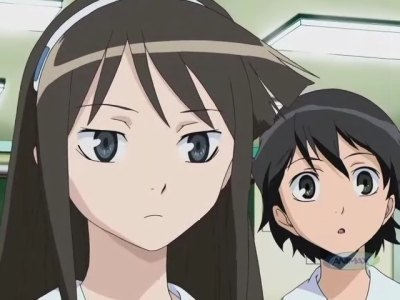 Samatarou decides to win Kumiko's heart by his own effort, and asks for Tenko's assistance. 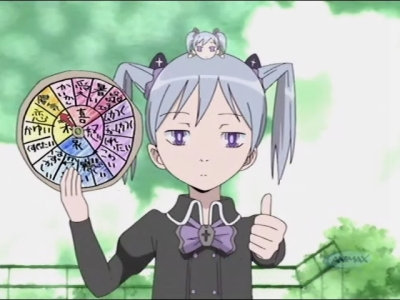 Samatarou gets another chance to get along with Kumiko, but faces more trouble when Meme creates a device to control her emotions. 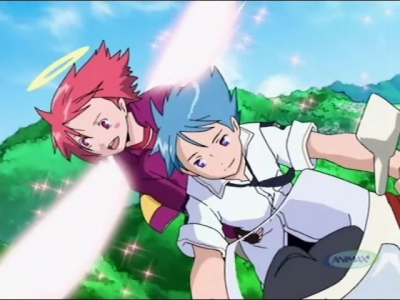 Tired of their interference, Samatarou convinces his family to transform him into a human, but he was unaware of the consequences of this request. 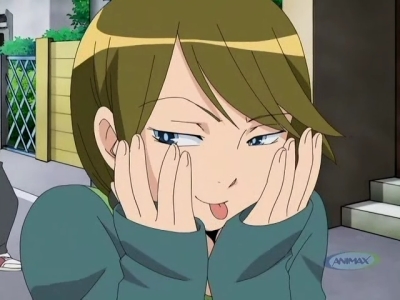 Shinichi is in awe as he believes he found the girl of his dreams, but Samatarou has a feeling that he knows her from somewhere. Meanwhile, Tenko is behaving strangely. 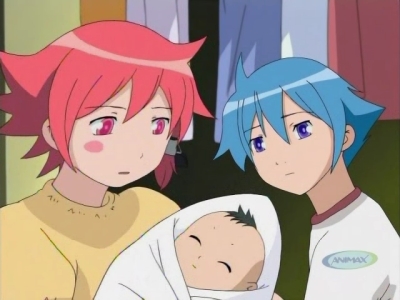 A mysterious baby appears before Tenko and Samatarou, and the duo decide to take care of her. Meanwhile, Shinichi is having trouble with his crush. 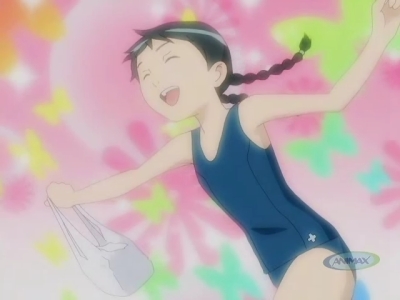 Ai keeps growing faster and faster, and unwillingly gives lots of trouble to Samatarou and Tenko. 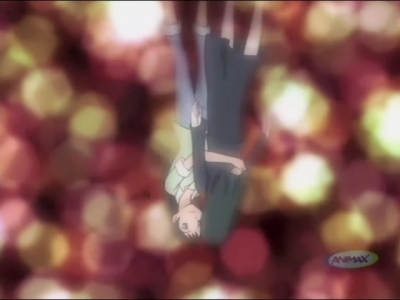 After finally solving the mystery involving Ai and the wheelchaired girl, things start to heat up between Samatarou and Tenko. Osamu sends Samatarou back in time since he reveals him as God to a human. Tenko receives an order to return to heaven as her duties with Samatarou are completed, but she refuses to do so. Just when Samatarou and Tenko are trying to sort out their feelings for each other, Kumiko returns. Pink Savings In A Teary Heart?!

Suguru, an Archangel, descends to Earth and accepts Tenko's request to wait three days before she returns to heaven with him. Meanwhile, Kumiko introduces Samatarou to her mother.

This is quite deceiving. I come watching this expecting serious undertones much like Uchouten Kazoku and ended up just enjoying it as it is. Its a story of a young god candidate (literal god, as in dat dude in the sky) about how he overcame challenges of living the human life, most of them very cliched to begin with and have no real depth to it but heck its a clue from the get go that this is not a show that focus on human drama to begin with. Kamiyama Samatarou is the only male offspring of God and his goddess wife making him the next in line on the verge of godhood. In order to prepare him for the said task he and his family go on the tradition of living amongst the mortal humans in a very simple manner. But of course, being a son of god have its perks like being safe from harm and have plenty of convenience like screwing up traffic lights and whatnot. To top it off a cute angel named Tenko was assigned to be his lifetime guardian and be his personal tutor as he delve his way to supreme godhood when the right time comes. This convenience often annoys him to the point of quitting being a son a god and just wanted to be human. Easier said than done. What makes this show stand out is not exactly the story of a boy having the stigma of having a huge responsibility later in life, but rather its underlying subplots of dealing with the challenges of being a teenager; falling in love, dealing with social life, and parent/sibling issues. These subplots, add in the mix of a real out-of-nowhere good vs evil supernatural hijinx made the show more than its worth. In fact, without these the whole thing would just a vanilla supernatural SOL show with a little romance thrown into it. Throw in very memorable, albeit cookie-cutter-trope, characters and we havea formula for an interesting show. Now let me tell you about the characters that made the show. Samatarou himself is not really a one dimensional kid. Being raised as a spoiled kid he learned many things the hard way and that being a god has its disadvanteges too. Just like many teenager raised in royalty he has identity crisis and is often resolved after dealing with a conflict. His guardian angel (half sister?) Tenko is like his reality clutch just in case he is bloated by his ego as a son of god. She is a very overprotective yet overzealous girl who will do anything for Samatarou's sake, even at the expense of her own happiness. But that is not saying she is a martyr, she can be really selfish, imprudent and pushy at times and her urges as a common teenage girl often affects her decisions. The relationship between these two is truly the meat and gravy of the whole show. Their conflicting ideals are just entertaining to watch and sometimes make you forget that you are not watching a standard shoujo romance anime. Now as for the rest of the family...well, needless to say that its the craziest bunch I've seen in a family composed of gods and goddesses so far. The father of the house, god himself, is a goofball. He often makes wacky scenarios in and out of the house just to entertain Samatarou (which just ends up annoying the heck out of his poor son). His mom is just as crazy. A clingy mother who still treats her boy like he's an only child and often resorts to cosplay to entertain him (which, suffice to say, annoys him much more). His hot (note: HOT) older sister Misa is a manipulative bitch and often screws up Samatarou's intimate moments with girls. His younger sister Meme is a natural born troll who literally just want to screw with everyone. So yeah, nice family he have right here. Other characters are introduced like the generic perverted best friend, the token "other girl", and some arc based characters. They help the story progress bit by bit in a well paced manner. Given its short and condensed adapatation more characters could benefit this show but frankly the ones who are in here are enough. Animation is lazy. So many frame drops, sloppy movements, lousy facial expressions,slaptick short inputs, and too many still frames. Add to the fact that the QUALITY drop is very obvious in most parts that its often distracting. Could be forgivable is art style is nice but it is so dull and generic that I could not help but wonder if they even put an effort in this show in the animation sector. But hey, there is plenty of fanservice here. At least they got some sight for sore eyes, a bit. Music is quite repetetive. I found the opening song very catchy and truly memorable, but using its intrumental track as a BGM for like 80% of the time is really annoying. The show have its standard comedy and serious BGM at times but they are truly forgettable. The only track that stood out on its own is the heaven BGM, at least I hear effort in that one. Voice acting forgivable. Given the characters in this show, overacting is to be expected. Dialogue delivery in some parts are quite good, which makes up for the lost time I'm wondering who even bothered with the script. Its really a mixed bag. Despite its obvious flaws in the visual and audio department the enjoyment quite carried it alot. Its not easy to recommend for many will put it off for all its cheesiness and poor attempts at comedy, but stick around for a bit and you will see many things to enjoy here.

Start a new discussion for Kamisama Kazoku anime. Please be fair to others, for the full rules do refer to the Discussion Rules page.