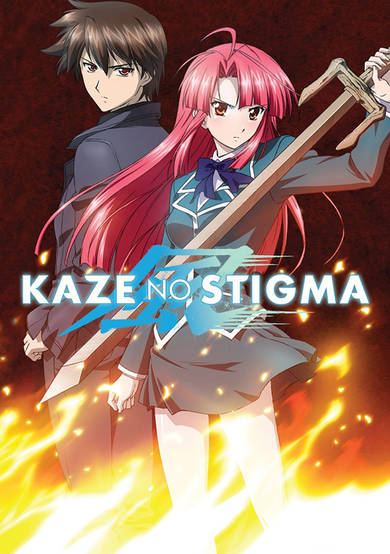 Kazuma Yagami is a user of "Fuujutsu," the ability to control the wind. He returns to his old home, the noble Kannagi household, after being banished four years ago for his inability to control fire and his subsequent defeat in a duel at the hands of his younger cousin, Ayano Kannagi. Returning after such a brutal exile already gives rise to many conflicts, but to make matters worse, several Kannagi family members have recently been murdered with Fuujutsu. This leads the Kannagi family, including the hot-headed Ayano, to suspect Kazuma as the culprit. Now, Kazuma must not only clear his name, but also aid the family he shares a mutual hatred with, in order to discover the true identity of the killer. [Written by MAL Rewrite]
User Count26285
Favorites Count169
Start Date13th Apr 2007
Next ReleaseInvalid date
Popularity Rank399
Rating Rank3326
Age RatingPG
Age Rating GuideTeens 13 or older
SubtypeTV
Statusfinished

All Kaze no Stigma released episodes 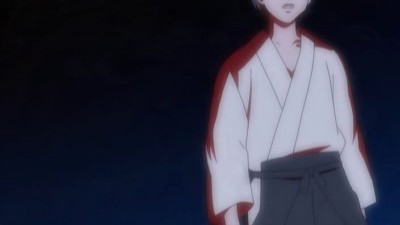 Kazuma Kannagi, who was exiled four years earlier for his defeat and his lack of talent in fire magic, returns to Japan with a changed name and tremendous skill in wind magic. Some killings in the Kannagi house that were done by a powerful wind user leads his former family, the Kannagi house, into believing Kazuma is taking revenge for his exile. Although he claims to be innocent, Kazuma prepares for an all out war with the Kannagi family. 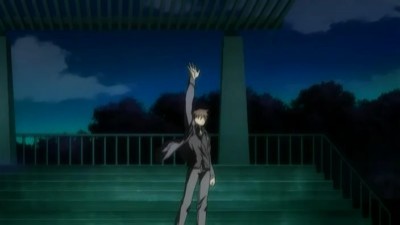 Confrontation with the Past

Kazuma's father, Gemna Kannagi tries to bring him back to the Kannagi family's main house to answer some questions, but Kazuma wants to fight him instead. He ends up defeating his father with a special wind technique. Later, he meets his brother, Ren Kannagi again after four years, but the powerful wind user from before kidnaps his brother. Kazuma vows to bring him back. 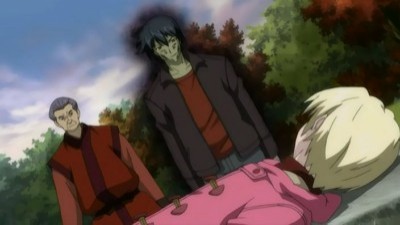 The Head of the Kannagi Family

In order to bring back his kidnapped brother, Kazuma meets with the head of the Kannagi family, Jūgo Kannagi, to exchange information. The rebellion of the Wind Fang clan serving the Kannagi comes to light, and Kazuma proposes a rescue plan based on cooperation between him and Ayano. 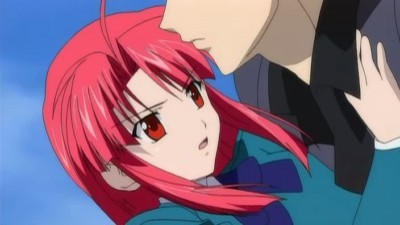 Leaving Ayano behind to hold off Ryūya Kazamaki, Kazuma proceeds to rescue Ren. However, with Ayano defeated, Ryūya manages to merge with the released demon. Ayano, Kazuma, and Ren must combine their forces to stop the demon's advance. In a last ditch attempt, Kazuma prepares to activate his contract. 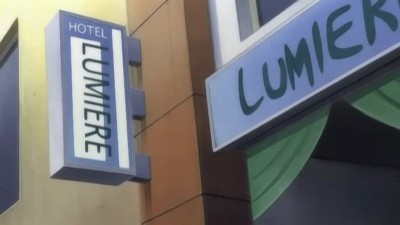 The One Who Casts Aside Doubt

Misao, the sister of one of the Kannagi clansmen killed at the construction site in the first episode, is out to kill Kazuma for revenge. However, neither her own power nor her hired assassins can scratch him. Just as she contemplates suicide, a mysterious boy, Michael Harley, approaches her and offers to fulfill her desires. 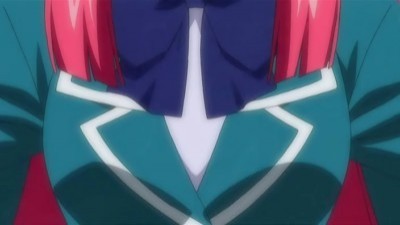 The Price of Power

The Kannagi family hires Kazuma to investigate a string of murders, but transfer the job to the police investigators and the Ōgami family once it becomes clear that Misao is involved. With her own family planning to eradicate Misao, only Kazuma does not wish to give up on her, and only Ayano is powerful enough to stand in Kazuma's way. 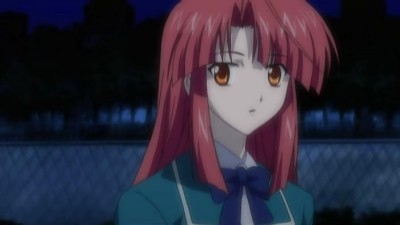 The Cost of a Soul

After being shortly delayed by Ayano's surprise attack, Kazuma, together with Ayano and Ren, faces off against Misao, who is still powerless against him. Michael Harley informs Misao that she will never be able to defeat Kazuma, and subsequently uses Misao's body and her accumulated life energy to create a dragon. Ayano, Ren and Kazuma must destroy the dragon while not harming Misao. 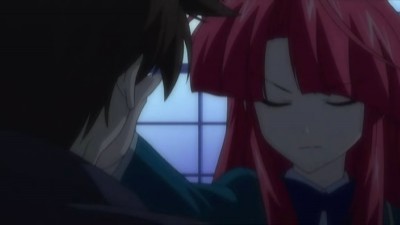 Ayano is sent to investigate a hitodama that has been sighted at Seiryō Academy, her own school. Kazuma is hired as her bodyguard, and even Ayano's friends, Yukari and Nanase tag along. However, the disturbance turns out to be the work of the mischievous pixie Tiana, and Ayano becomes a target for her pranks. 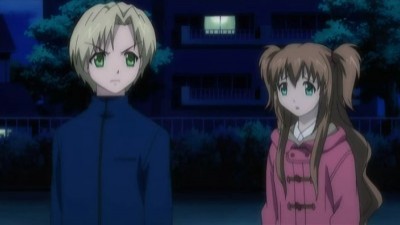 Meeting Under the Moon

Ren meets a young girl, Ayumi, who has escaped from the Tsuwabuki family, the most powerful clan of earth mages. Seeing how badly they treat her, Ren decides to use his power to protect her at the cost of starting a conflict between the Kannagi and Tsuwabuki families. Meanwhile, Kazuma accepts a mission from Tiana's tribe to retrieve the pixie heirloom stolen by the Tsuwabuki family. 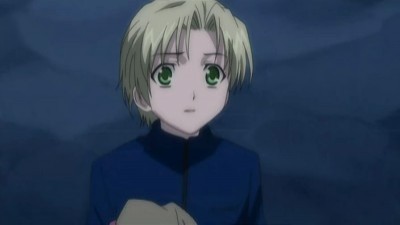 The One to be Protected

Ayumi tells Ren she wants to go to the beach, where they meet the Tsuwabukis. It is then that Ayumi is revealed to not be human, but rather a clone, created for the Taisai ritual for sealing Mount Fuji. Meanwhile, Kazuma is still watching the Tsuwabukis and waiting for the treasure.

Kaze no Stigma was probably the first anime I watched where the protagonist was not weak/stupid/ignorant and whatever else is usually befalling the typical leads of similar anime. That counts for a lot, unfortunately it still doesn't help that the rest of the cast is much more typical. Despite this I actually really ended up enjoying this as the writing was good enough to keep me interested, and the characters were funny enough to overcome their cliches for me. Overall the biggest disappointment for me was the fact that the mysterious incident that is alluded to in flash backs is never properly explained and will never be. I think a second season could have rounded this anime out into the top 20 list of mine, sadly as is it merely was an enjoyable anime

At first glance Kaze no Stigma shows a very promising plot only to be ruined (if watching this in English) by the dub characters. The animation is nothing to great. Gonzo did its work. Comparable to what they did is in Rosario+Vampire Sound was like the animation bland with the opening being the only major likable part of the soundtrack. Getting to the story. This series could have easily had a second season mainly because of the cliffhanger in the end. The story finishes by explaining a lot and nothing at all. Having 24 episodes it could have skipped a few filler and made an actual ending even if it wasn't like the manga ending (remember the series ended abruptly, author died). I recommend the series. That is all I can say for now.

Amazing Anime, Great story line and my personal favorite. Shame how the author Takahiro Yamato died back in 2009, But he left us an amazing anime.

hmm i really love this anime so much, that romance and action so depth but it seems i've never seen again season 2 :(

Overall Kaze No Stigma is a great anime, Kazuma's attitude and personality is cool. The only real downside to the anime is that every second episode is sort of a different plot. Every second one is separate from the main plot as the father keeps trying to set Kazuma and Ayano up together. It's not bad, but would be better if the anime itself was longer because of that.

This anime was really, really terrible. The characters were bland/generic archetypes, the route the story arc took was generic, and the decisions made just didn't make much sense at all. The saving grace of this anime was the character Yagami. His responses to the irrational actions influenced by each characters archetypes were hilarious, it was as though a regular person got trapped in a generic anime. If you view this anime as the gradual corruption of a normal person and their views of people and general things within the stereotypical anime world its a really fun show to watch! Yagamis smugly blunt and sarcastic demeanor gave this show an enjoyment rating of 8, as terrible as the anime is.  I usually heavily research anime before watching them but ended up watching this one after jokingly selecting it on Netflix, thus it is the worst anime I have ever watched. It's fun to watch, but looking at it critically, it's an abomination.

Start a new discussion for Kaze no Stigma anime. Please be fair to others, for the full rules do refer to the Discussion Rules page.