In the Edo or Tokugawa period (1600–1868), Ran, a female wandering samurai whose skill with the katana is only matched by her taste for sake (rice wine), is joined by a chinese martial artist who calls herself Lady Meow of the Iron Cat Fist. Tsukikage Ran has individual episodes that are just short stories of their adventures. 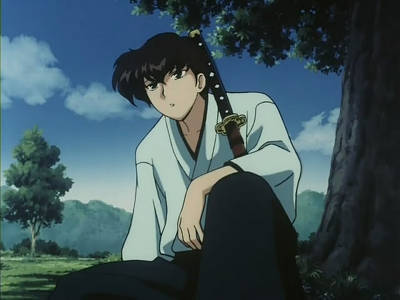 She's Tough, for a Woman

Ran Tsukikage is a ronin (masterless samurai) with an empty stomach and a love of good sake. Myao is a martial artist with a quick fist and a strong sense of justice. Wandering the countryside, the two women end up drawn into a conflict involving a nearby village being plagued by bullies. Sake Made the Tears Sting

Ran's travels take her to a village where the mayor is committing the unforgivable crimes of watering down sake and overcharging for it. As a woman who knows the value of a good sake, Ran vows to make things right so that people can enjoy a proper drink. 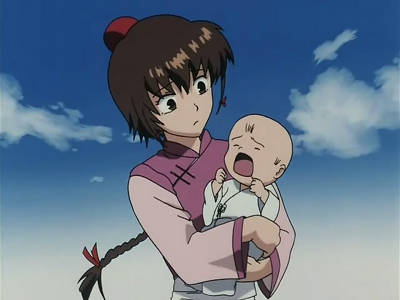 Suddenly, I Was a Mother

Myao was just stopping by a castle town when suddenly she finds herself plus one abandoned baby. Even as she tries to get used to the idea of being a mother, Myao and Ran discover that the baby is key to a much more sinister plot. 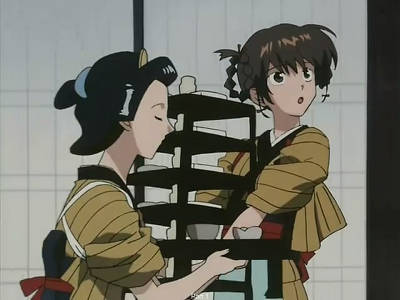 I Was a Target Before I Knew It

Ran and Myao once again run into each other. This time, they find themselves in trouble when a starving Myao steals from an offering box, forcing the two of them to pay back the stolen money. Then they learn of a map said to lead to loot stolen from the town by bandits. 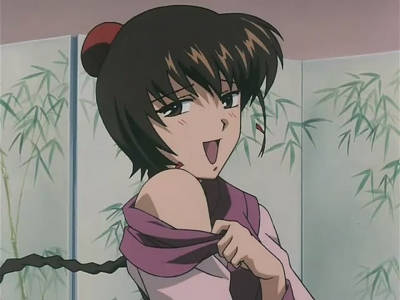 It Was Pretty Amazing When I Stripped

Myao gets recruited by an artist who is interested in her posing in the nude for a painting. Meanwhile, all the town's young women seem to be mysteriously disappearing. Could there be a connection? 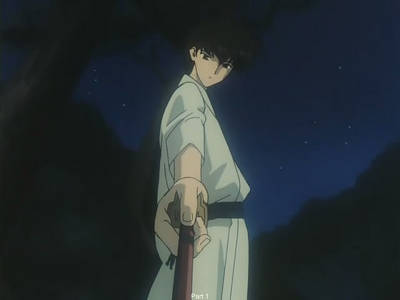 The Mole Was in the Wrong Place

Word about the female samurai Ran and the martial artist Myao is spreading. First they're accused of being criminals, then they're welcomed with open arms. Why are the people aware of two wanderers? And why the criminal accusations? 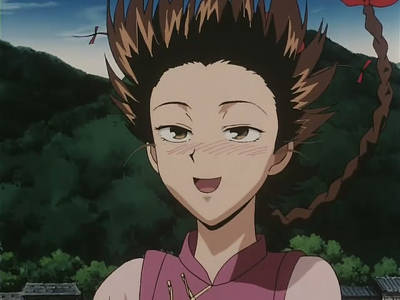 I Buzzed With Electricity

Myao comes across a young man who seems to be engaged in a strange experiment. He claims to be flying a kite so as to be able to draw electricity from the sky. Is that really possible? 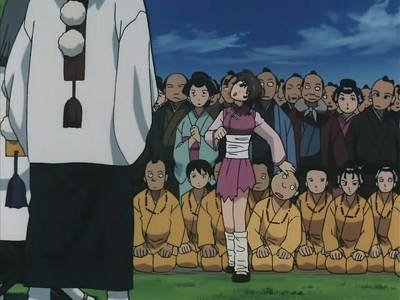 There Was No God in This World

Myao has a crick in her neck. What a coincidence that she and Ran run into a group of faith healers. But is their intense training regimen the key to good health or just another scam? 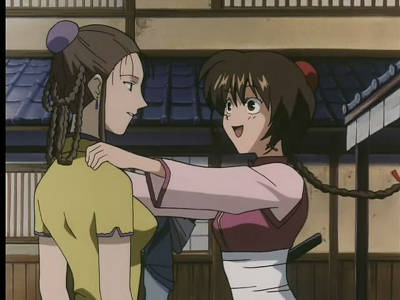 I Counted On an Enemy

Myao happens to learn about an old friend of hers, and she and Ran decide to drop in for some friendly hospitality. But a little digging reveals that Myao's friend found her good fortune through foul means. That European Girl Was Huge

Talk about large and in charge. First, Ran develops an unhealthy fixation for elephants. Then, she and Myao run across the biggest woman they've ever seen: towering over even the tallest man. The strangest fact of all? She's a foreigner!

Tsukikage Ran is about a female samurai and her fellow female martial artist travelling companion in pre-industrial era Japan (Edo period? I'm terrible with the exact dates of these period pieces). It's a very goofy take on the genre, with everyone acting all cartoony and pulling exaggerated facial expressions and cartoon dust clouds, and the animation plays it suitably free and loose during those areas. However when a fight is going down, suddenly the animation takes this huge jump in quality and every punch and jump and sword swing is meticulously detailed, which makes these scenes far more exhilarating and exciting than the goofy set ups should really allow them to be. I have a sneaking suspicion that they animated the same moves for each fight, but I like the illusion so I never bothered going back to check that. Also the character artwork avoids the issue that plagues other 2000-era anime where they don't do the shading on the face correctly, making it look like they haven't got any chins. It's like the 2000 equivalent of noses disappearing in current day anime.I had Tsukikage Ran described to me as 'fluff', and that's certainly the case. Each episode is a standalone story in which the two lead characters wander into a town in the search of sake and get themselves involved in some sort of local kerfuffle. The stories are usually brain-meltingly black and white. Some kid has gotten themselves involved with the local yakuza in an attempt to earn money for whatever. The head yakuza characters are almost always hilariously slimy evil caricatures. I'm convinced they got the same guy to voice the villain in every single episode, with the same low slimy voice in which he wrung his hands and ate babies using a spork and stuff like that. The reason they're eating babies and not, say, drinking blood from the caved in skulls of their enemies is because they're usually totally incompetent losers who get instantly turned over by the main characters when they stroll in, usually just trying to mind their own business.So it's not a particularly deep anime, but it works because of how well realised the two lead characters are and how well written their dialogue is. The writing is seriously sharp in this regard, and often caught me off guard with little turns of phrase, such as "that's not my baby, I'm so pure I make flowers bloom" and other lines like that. I particularly love the hypocrisy the lead samurai girl Ran has when faced with a potential drink of alcohol. She could have her pride shoved into the dirt, the clothes taken off her back, the yazuka hiring her to kill a family of eleventy billion, and she would try to justify to herself that it's OK and the right thing to do if it was her only method of getting her hands on a bottle of sake. I also love her slightly egotistical side, such as how she refers to herself as 'beautiful' whenever she introduces herself. I've never been a particularly big fan of the all-serious, all-knowing superhuman characters like Captain Harlock or Black Jack, and Ran felt like a subversion of those types of characters. She acted all-knowing and all-serious and usually ended up saving the day, but that hubris she has made her more flawed and therefore more entertaining as a person.Ultimately though, being as shallow as it is, Tsukikage Ran doesn't do a huge amount to ever get me too invested in proceedings. Lets do an obvious comparison to another Edo(?) era anime that plays it pretty fast and loose with historical accuracy: Samurai Champloo. Like Champloo, each episode is fairly standalone as the characters travel from place to place. However there is a much stronger character focus in Champloo that gets you more emotionally attached to them. As we learn about their pasts, we learn more about why they're travelling and who they really are. Tsukikage Ran doesn't really have that. There were a grand total of 2 episodes where we get to learn about the characters pasts somewhat, and even they tell very little about who they are or why they're travelling. Now that may indeed be the point. They're travelling for the sake of travelling. It just doesn't make them particularly interesting.Still, Tsukikage Ran is plenty enjoyable. I would have liked an English dub, because although it wouldn't have gelled with the setting, I would have been able to zone out as I watched it and do other stuff. It's not a show designed to demand your undivided attention. You have it on in the background, picking up the witty lines here and there, and the plot for each episode is either so simple or so trivial that not picking up on the details will barely affect your enjoyment. In a way, I'm criticising Tsukikage Ran for not being something it was never trying to be, as it was only ever meant to be light entertainment, and it achieves that with flying colours. It just means there's a limited amount of enjoyment I can get out of it.

Start a new discussion for Kazemakase Tsukikage Ran anime. Please be fair to others, for the full rules do refer to the Discussion Rules page.