A race of cannibal monsters called the Shokujinki exists and it is the job of the Kifuuken, an elite group of beast-hunters, to stop them. Toshihiko Momota, an expert swordsman and son of the Kifuuken organization's leader, unexpectedly falls in love at first sight with a beautiful girl named Yuka; however, the couple's relationship is much more complicated than it seems at first glance, for Yuka is a Shokujinki. 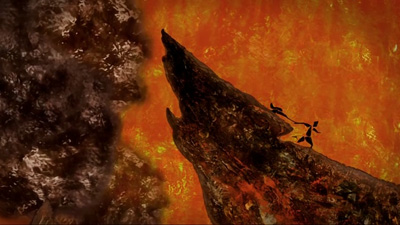 Toshihiko dedicated his life to only one purpose, to hunt down and destroy the Shokujinki, until the day he met Yuka. Toshihiko's life changed drastically when his father dies, and Yuka's true nature is revealed to him. 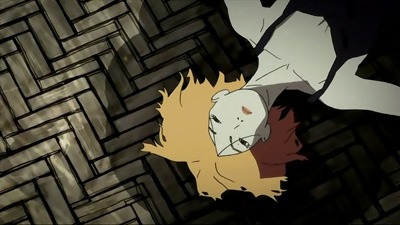 The Night of the Salty New Moon

Toshihiko escaped with Yuka and they hide themselves in a far away mansion. The Pain of the Beast

The story of Toshiko's father is finally revealed, as how he became the leader of the Kifūken and his relationship with Yuka's mother. 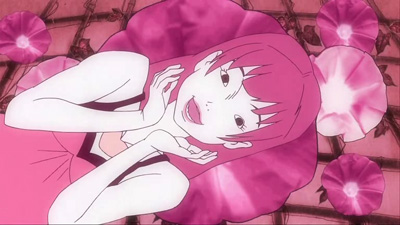 Kyūtarō exposes his plan to reformulate the Kifūken's organization with the help of Kazuma. Trouble arises when another member of the school gets himself involved with a Shokujinki. 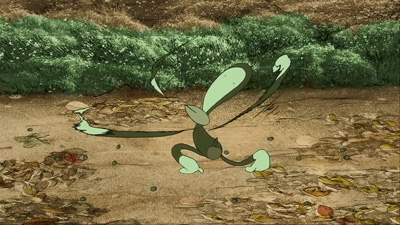 Yuka celebrates her birthday with Toshihiko, but when she tried one of his secret immobilization techniques on him, he ends up paralyzed, just when their gigantic pursuer finds them. 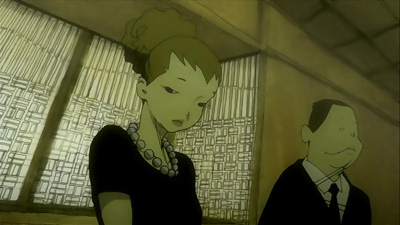 The Sweet Smell of Rie

Rie discovers Toshihiko's hideout and goes all out trying to bring him back home. Meanwhile, Yuka has a surprising revelation. 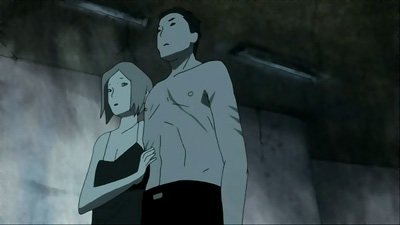 Confinement has the taste of Iron

Toshihiko is captured and tortured by a group of Shokujinki commanded by Yuka's former lover. But soon the Kifūken discovers their location and storm the place. 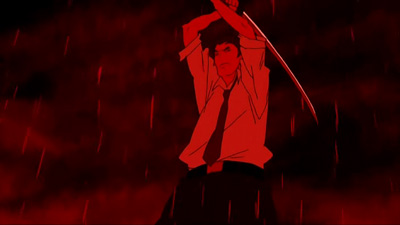 Once again on the run, Toshihiko and Yuka take a hike with a kind old couple. While traveling with them, they try to sort out their feelings for each other. People's Unhappiness Has the Taste of Misery

As Kyūtarō Ōba put his master plan in motion, he finally reveals his true colors.

I'm looking over all these reviews, the majority giving this anime 9 or 10, and am thinking to myself that it must be some kind of joke. I have watched a good amount of anime and cannot understand how such a bogus-ass anime could garner such high ratings. Story: 5/10This is pretty much a story revolving around humans and their relationship with monsters known as "flesh eaters" who are cursed with an appetite for human beings. The general story starts out pretty solid and interesting - a typical situation in which a person has to choose between his human comrades and a monster. One would think that it would be pretty hard to botch this tried-and-true plot line. However, this anime manages to turn what could have been a relatively decent story into one of absolute bullshit and nonsense. The episodes turn from engaging and suspenseful to utter crap that simply drags on. By the closing of the series i was forcing myself to hang in there till the end. Good thing it's only 13 episodes. I would stay away from this anime unless you like watching mindless, uninteresting crap pulled out of the director's ass. the only reason i give it a 5 is because the first few episodes were somewhat interesting.Art: 3/10Sticking a paintbrush in my ass and attempting to draw human figures on a canvass would produce a better picture than what would be found in the "art" of Kemonozume. i can understand the artist wanting to create a rushed, violent, and haphazard look to try and match the mood, but not to the point of looking like something out of a 10-year-old's doodling in a school notebook. I for one do not hold art in high regards when judging and anime, but for those who do - I think you will need to be a very "special" person to appreciate this lousy, half-assed artwork.Sound - 6/10The sounds and music used are nothing special. They consist of mostly jazz/jazz related music. The music is neither outstanding nor mediocre and sufficiently plays its roll in this uninteresting anime.Characters - 5/10The characters in this anime are adequately interesting. However, many of the main characters are very inconsistent in their behaviors, ideas, and actions. It isnt really clear why some actions are carried out by some characters. Many of the actions seemed to be pulled out of the director's ass in order to boringly further the plot. None of the characters appealed to me or stood out as is usually the case in animes/mangas.Enjoyment - 3/10The beginning of the anime gave me the idea that i would be in for a decent ride. However, the episodes/series turned to crap as they became filled with a third rate plot; shitty, pointless, weird ass sex scenes; and lame fight scenes. This anime was a struggle to finish. The only reason i can think of for the various high scores given to this anime is that people fall for the third-class plot line that tries too hard to be deep and philosophical. People also probably find this anime "artsy" for its use of jazz and broken-looking drawings. It is a shame that in its attempt to be philosophical and mature, this anime turned out to be inconsistent with a plot full of holes.Overall: 5/10

watched kemonozume for second time, and how can someone say that this anime is bad????????? the story its based on a simple concept (monsters that eat people and people who fights em), but the characters and their situations (love, drugs, personal desires) make the story to be interesting and amazing of course the drawing its bad, its called artstyle (like on crayon shin-chan, probably worse), but that doesnt make the anime bad or something, it gives it more personality. however having a bad drawing doesnt make it less detailed and the animation its amazing so if you are complaining about this you probably are dumb as a rock and next time you probably should see some images before starting the anime or you better keep eating dominos with your fat ass sitted on a chair while watching kyoani shit the music is composed by jazzy jazz fragments like pop pop pop watching monsters drop and stuff, nothing special to say because its pretty solid as said before the characters and their evolution is probably the most important of this anime, as they are completely molded by their actions and experiences on the story; making them completely human - even the monster characters if you dont enjoy kemonozume you probably are a neckbeard teenager closed on his bedroom which hugs a fucking pillow with fucking hatsune miku's body and you couldnt understand this anime if you didnt had a life with the normal feelings that every normal person has overall kemonozume its a pretty solid anime and if you want to rate it by his artstyle you better go shingeki no kyojin or some shit like that

Start a new discussion for Kemonozume anime. Please be fair to others, for the full rules do refer to the Discussion Rules page.