Unsuspecting inhabitants of the planet Earth are going about their business, enjoying a bright and particularly beautiful sunny day, when a young Japanese boy spots a shiny object falling from the sky... Has an alien invasion finally begun? Elsewhere in Japan, Keroro, frog sergeant and leader of the Space Invasion Army Special Tactics Platoon of the 58th Planet in the Gamma Planetary System, has discovered the perfect hideout. He infiltrates the home of the Hinata family in an attempt to establish a headquarters that he and his troops could use to prepare for world domination... but earthlings Fuyuki and Natsumi Hinata are too much for him to handle! Natsumi instinctively calls them out of hiding, leaving the hapless sergeant no option but to reveal his secret identity. The two siblings soon welcome the sergeant to their home, all thanks to Fuyuki’s generos—err... curiosity. The Sergeant has successfully infiltrated his first target area! Or has he? Join Keroro Gunsou in his dastardly attempt to take over the world! We are introduced to Keroro, an eccentric and blundering alien who came to destroy and conquer Earth, and is living as a slave under the roof of the Hinatas, a perfectly normal family who had lived a perfectly normal life: The mother, Aki, is an extremely busy and beautiful manga editor who rarely spends time with her teenage children; Fuyuki is the gentle-hearted and paranormal-loving son and Natsumi is the sweet but hot-tempered daughter with extremely great athletic skills, and who despises Keroro, while Fuyuki is intensely interested about him. After a few weeks of living with the Hinatas, Keroro gets his own room that is rumoured to be haunted by a ghost! However, the turn-out of the room is a big surprise for the Hinatas later on. 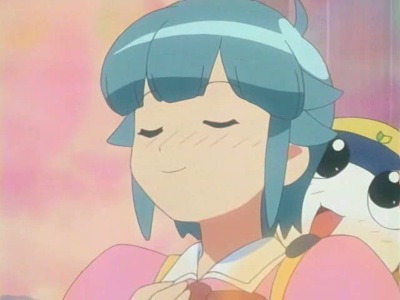 Momoka Nishizawa, a shy classmate of Fuyuki's who has an enormous crush on him, and has an alter ego, brings a surprise to school; Tamama, who just so happens to be in Keroro's platoon! But as we venture through this day further on, we begin to learn that there is more to than just the innocent and cute covers of Momoka and her alien partner. Momoka and Tamama are coming over to the Hinata household! Will Momoka be able to call Fuyuki a friendly 'Fuyuki-kun', instead of a formal 'Hinata-kun'? How will Tamama behave? What will turn out in the end? 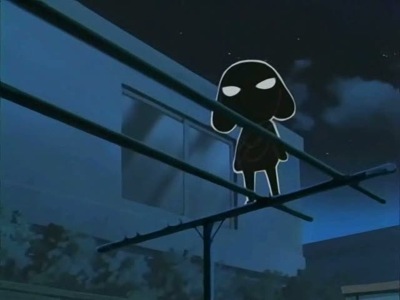 Amphibian On The Verge Of A Nervous Breakdown!

Keroro becomes very, very bored because he never goes out of the Hinata household, so Fuyuki and Tamama try to figure out a way to get the sergeant to get some sunlight, without revealing his secret! And when no other plan works, Keroro learns of the perfect solution to his problem at the end! The Hinatas are feeling that somebody is watching over them when they're not in the house, and the most likely suspect is Keroro! So they secretly devise a plan to be able to catch on what Keroro does in the house when they're not there! However, the true answers prove shocking and the real suspect is revealed at the end, but it may be the last thing the Hinatas ever want in their house! 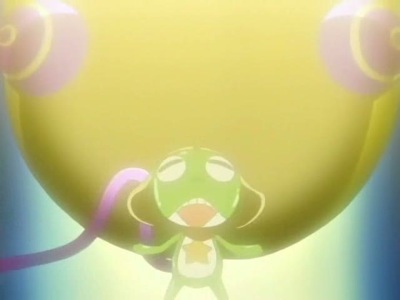 Here, we meet the serious and aggressive Giroro, and he's set deadly traps for Fuyuki and Natsumi! He's already captured Fuyuki, but can he really stand a chance against the athletic Natsumi? Is there maybe even a chance that he might... fall in love?! Giroro is very upset over the sergeant's lazy behavior, so he devises a plan to make the old, charismatic, and battle-loving Keroro come back. But then things start to get very awry, and only when a surprise guest comes to the Hinata household does Keroro really get defeated! The Day The Gundam Cried!

Keroro is targeting an old toy store to get his hands on a new Gundam model, but the thing is that it's about to be demolished! Can Keroro stop this, or will he end up learning a lesson? Momoka invites Fuyuki to a private island for the summer as a part of one of her craziest plans to get closer to Fuyuki, but what really happens is that the Hinatas and the Keroro platoon end up arriving, too! Can her plan really work? Momoka decides that a test of courage in the island will get Fuyuki to like her, but this plan takes an unexpected turn when the ghost of the Hinata house comes to join in! 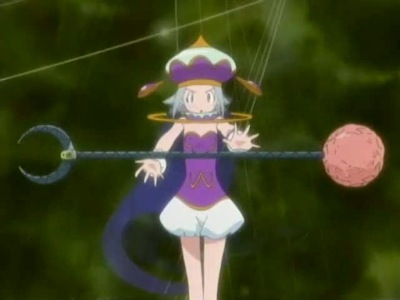 According to Nostradamus, the Lord of Terror will come and will reign over Earth in the year 1999. However, it's 2004 and the Lord has finally arrived... in the image of a Shibuya kogal high school girl. And in spite of her lateness, she still intends to fulfill her assignment and destroy Earth, along with the Gunpla modeling factory. Now it's up to everyone to either help or hinder her. Mois has been spending a lot of time with Keroro in the Hinata household, and Tamama is very jealous. So when Tamama cooks up a plan to finish her up... but could this alien that is dark with jealousy defeat someone as pure and innocent as Mois? 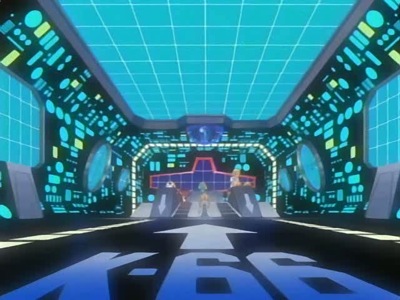 Base, The Final Frontier!

It's a big clean-up day in the Hinata household, but when you have four aliens helping out and one of them is a complete neat-freak, things might turn out quite interesting. Better yet, the Hinatas discover something that is almost unbelievable in the sergeant's portable refrigerator! Mutsumi Saburo, a senior at Natsumi's school (who just so happens to be Natsumi's love interest), is trying to approach her. Meanwhile, the Keroro platoon is trying to find its fourth member, even if it means scanning through all of Japan and its giftshops! But while Fuyuki starts to have suspicions that Mutsumi could be one of the infamous Men in Black, Mutsumi comes into the household at an incredibly fast pace, and his entrance is also completely suspicious. Is Mutsumi really a Man in Black, or is he the partner of someone incredibly special? Aki is turned into a teenager by Kururu's new weapon - What If I Can Do Over My Life gun - and takes the opportunity to revisit her youth by going to her children's school. However, in Fuyuki's uniform, she is harassed and soon causes trouble for her son, as everyone thinks she is him. In the meantime, Keroro must find Aki, within 3 hours, or else the damage will be permanent. 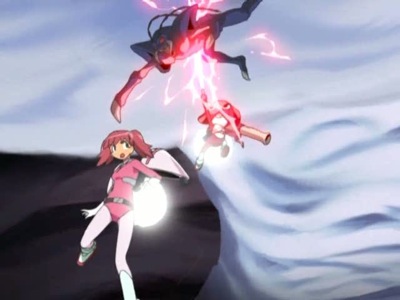 Sergeant Frog Versus The Cavitians Of Cavity 9!

Keroro has a cavity and it is up to the platoon and the Hinatas to battle the enemy invaders in his mouth with Kururu's invention, with a slight parody of Gundam.

Start a new discussion for Keroro Gunsou anime. Please be fair to others, for the full rules do refer to the Discussion Rules page.