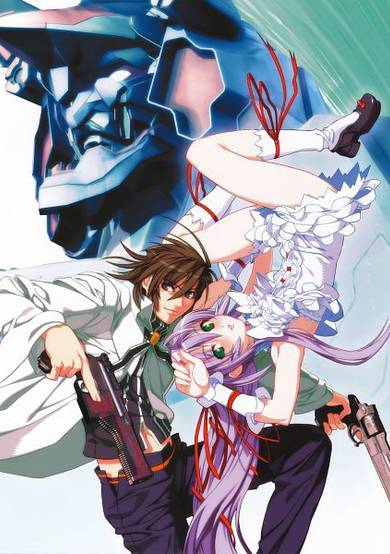 Kurou Daijuuji is a poor detective living in Arkham City. One day, he was requested by Ruri Hado of Hado Financial Group, to search for a magic book. While he initially refused, Ruri offered him a large sum of money upon completion of her request, in which bribed Kuro to accept. As Kurou searches for the book, he unexpectedly runs into Al, a pretty girl that is actually a powerful grimoire. They forge a contract with each other, bestowing Kuro with powerful magic. Soon afterwards, Al also activates Demonbane, a deus machina owned by the Hado Financial Group, to combat the mechanical menace from the Black Lodge. With this, the war between the Hado Financial Group and the Black Lodge begins.... (Source: ANN)
User Count2958
Favorites Count6
Start Date19th May 2006
Next ReleaseInvalid date
Popularity Rank2835
Rating Rank7876
Age RatingR
Age Rating Guide17+ (violence & profanity)
SubtypeTV
Statusfinished 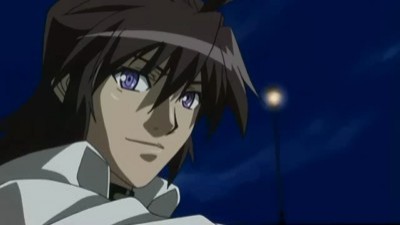 Daijūji Kurou is a broke detective who is unexpectedly hired by a woman from the city's most respected leaders. He's asked to search for a powerful grimoire and is paid handsomely for taking the case. In searching for the magical item(a book) he stumbles into a strange bookstore, where the mysterious proprietor predicts that his future will change dramatically. He stumbles out onto the street where a lovely young girl falls from the sky and directly into his lap. He has no time to react as she is being chased by villains known as the Black Lodge, intent on killing and claiming her true form. Kurou witnesses her use magic and save his life from the bullets fired towards his car. When a crazy-psychotic doctor begins firing with heavy weaponry, Kurou is able to speed away in his car, taking the strange girl with him. The doctor discovers them just as the young girl decides to turn the tables. 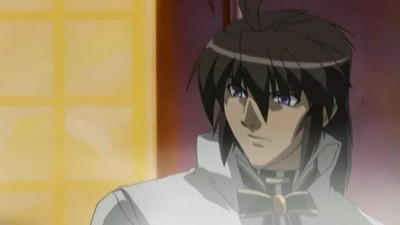 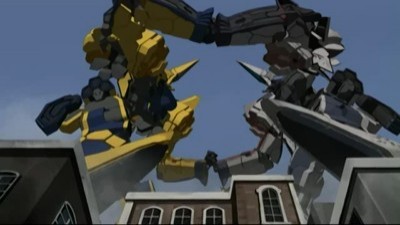 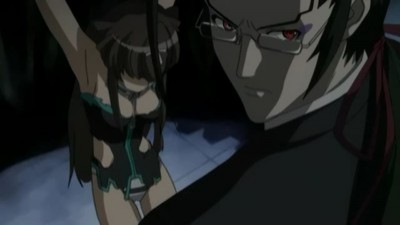 The Shadow Over Innsmouth 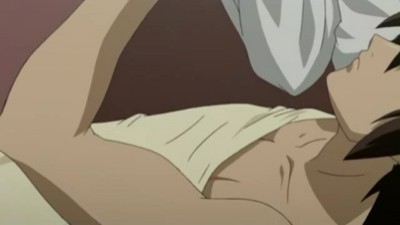 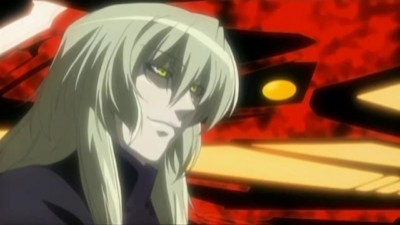 Shadow In the Dark 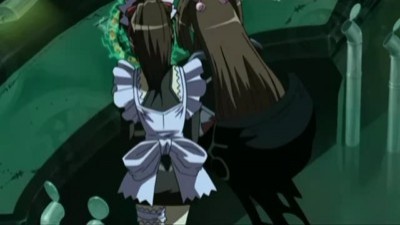 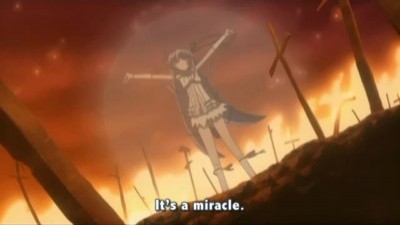 Start a new discussion for Kishin Houkou Demonbane (TV) anime. Please be fair to others, for the full rules do refer to the Discussion Rules page.