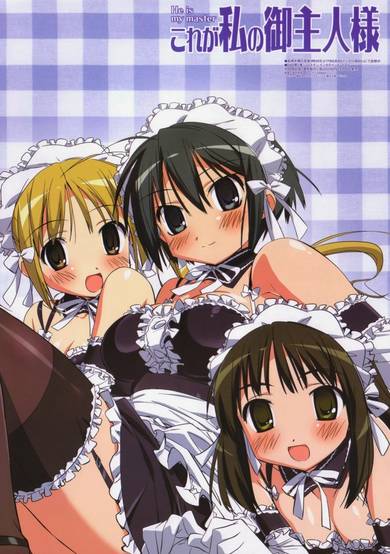 Izumi Sawatari and her younger sister, Mitsuki Sawatari, have run away from home and are in need of employment. The only jobs available are as maids in the mansion of 14-year-old millionaire, Yoshitaka Nakabayashi. What seems like simple work is soon revealed to be far more than the girls bargained for when they find Yoshitaka to be an authoritative employer who demands they call him "Master". (Source: Sentai Filmworks)
User Count5607
Favorites Count6
Start Date7th Apr 2005
Next ReleaseInvalid date
Popularity Rank1886
Rating Rank8243
Age RatingR
Age Rating GuideMild Nudity
SubtypeTV
Statusfinished 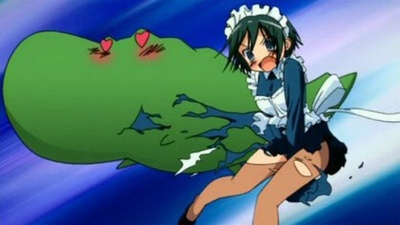 He Is My Master!?

Izumi and Mitsuki have run away from the cafe and are looking for work. They notice a sign indicating jobs as maids, but Izumi takes an understandable disliking to Yoshitaka and the girls leave - but they don't get far. 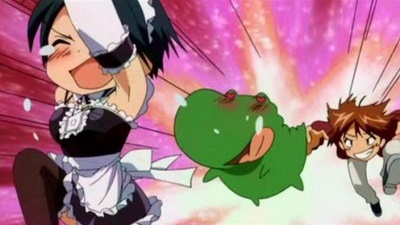 Yoshitaka convinces the girls to come back inside, then hands them the bill for all the things Pochi and Izumi broke the previous day. Between needing to pay off their debt and needing a place to stay, the girls end up employed by Yoshitaka. 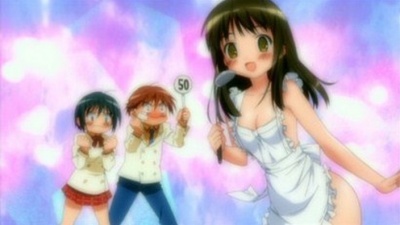 Izumi and Mitsuki enter Yoshitaka's school, where they meet Anna. A Couple Formed Under Extraordinary Circumstances Will Not Last Long

Mitsuki's fan club kidnaps her, taking over the mansion. Izumi and Yoshitaka (as well as Anna and Pochi) must work together to save her. 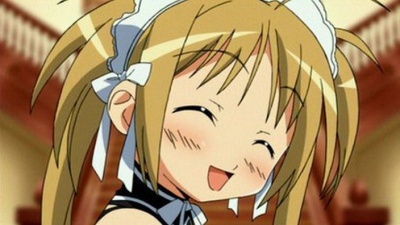 There’s a Rumor About an Adolescent Boy Living

Izumi and Mitsuki's parents pay a visit, to get the girls back. A contest is made to see who gets Izumi! The Battle for Izumi Sawatari Series!

Yoshitaka takes the maids to the Summer Festival, but Mitsuki disappears, and it seems the ghost of Yoshitaka's father is involved. 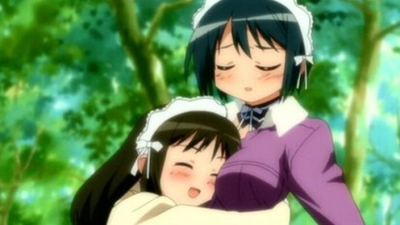 After a series of weird events, Izumi gets the chance of a lifetime to become an idol, will she take the opportunity? 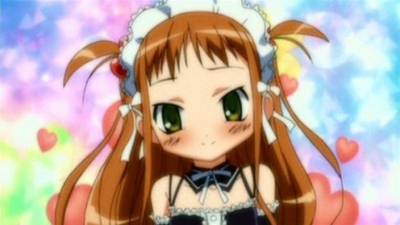 Karin visits Izumi and convinces her to become an idol. 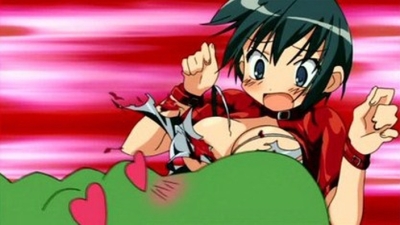 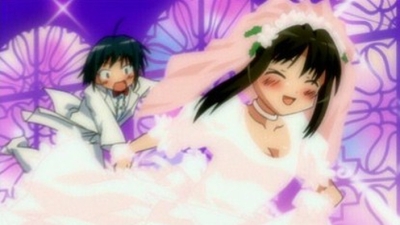 He Is My Prince!?

Seichirou and Yoshitaka compete to have Izumi and Mitsuki as their maids but there seems to be something suspicious about Seichirou.

Kore ga Watashi no Goshujin-sama (English: He is My Master), is a comedy/fanservice/parody show by Gainax. (as you can see from the picture bellow there are a quite a few Gainax references) As you can guess from the genres the show does not have much value apart from the comedy, that means that it can be hit or miss depending on how funny you found it.  The story is about a rich kid whose parents died and left him an unimaginable amount of money and a big mansion where he lives alone. Two high school girls who ran away from home end up working as his maids cause of some comedic turn of events.  That's about it for the story, which is fine since the focus of the show is mostly slapstick comedy.  The animation and sound are about average. The character designs were nice and fitting for the type of the show. The soundtrack is average and not memorable, the same goes for voice acting.  Even the characters themselves didn't go past the stereotypical ones. You have the male perverted lead, the tsundere girl, the little sister who knows all and is always plotting for amusing situations to happen, a lesbian who tries to assault the main girl and an alligator pet (who is also a pervert). As I said in the introduction, the show is nothing more then a comedy. I must say I enjoyed it a lot since it fits my preferred style of comedy. The show delivered exactly what it was supposed to. So should you bother with the show? Well if you enjoy mindless comedies then yes. It is short and does not try to be something it is not.  **Final verdict: 6/10** fine but not good.

Start a new discussion for Kore ga Watashi no Goshujinsama anime. Please be fair to others, for the full rules do refer to the Discussion Rules page.