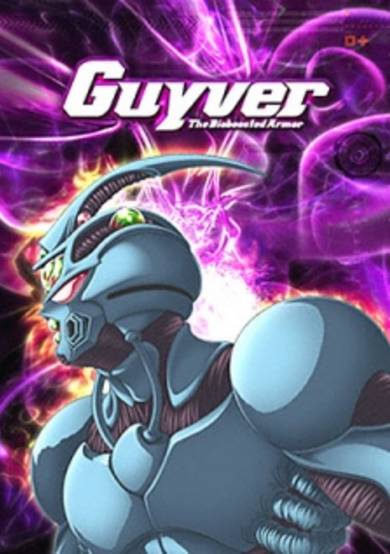 Sho Fukamachi, a normal teenager accidentally found an alien object called Unit and thus, changed his life forever. The Unit bonded with Sho, resulting in an incredibly powerful life-form called Guyver. With this great power, Sho battles the mysterious Chronos organization and it's Zoanoids, in order to protect his friends and his world. Unknown to Sho, the battle against Chronos will lead to the discovery of the origins of human, their destiny, and the Creators... (Source: ANN)
User Count1490
Favorites Count7
Start Date6th Aug 2005
Next ReleaseInvalid date
Popularity Rank4044
Rating Rank4171
Age RatingPG
Age Rating GuideTeens 13 or older
SubtypeTV
Statusfinished 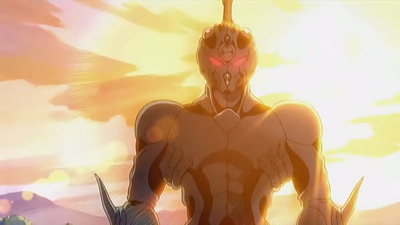 Cronos Corporation has been experimenting with bioweapons. They are concentrating on three Guyver Units, living suits of armor which bond with a subject and give the wearer abilities beyond human capabilities. 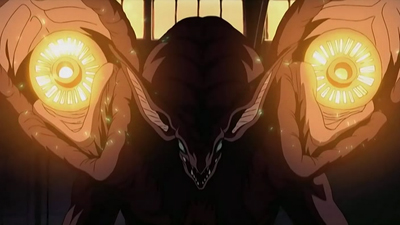 The Secret Society of Chronos

A secret organization named Cronos is trying to recover the three Guyver units. Sho and Tetsuro have another meeting with Cronos troops, Guyver reappears and performs the Mega-Smasher attack for the first time. Sho and Tetsuro try to deal with the events that lately happened in their life. Meanwhile, at Cronos, Genzo is visited by inspector Lisker, who tells him that the headquarters are disappointed by his recent failures. Nevertheless, Genzo sends one of his best men to recollect Sho's unit, but with no luck. 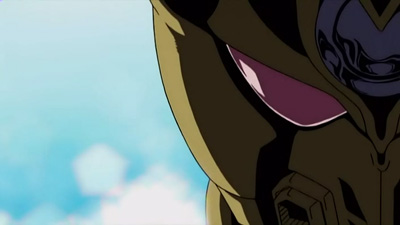 The Visitor at Dusk

After defeating the Zoanoid that Genzo sent, Sho encounters Lisker, AKA Guyver 2: the fight is one-sided, Lisker easily overpowering Sho, but Guyver II begins to malfunction, with gives Sho and Tetsuro a chance to escape. Commander Richard Guyot appears and takes back his place as Head of Cronos Japan. He also introduces a Hyper-Zoanoid known as Zerbebuth, and uses the Zoanoid to hunt down Sho at his school: with no choice but to fight, Sho takes on Zerbebuth, but with much difficulty. 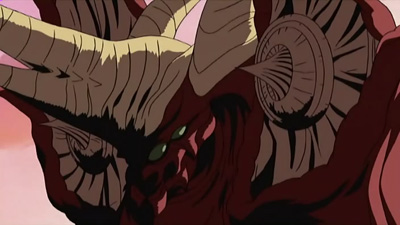 While dealing with Taraku-san's death, Sho and Tetsuro try to find a way to protect Mizuki. Cronos managed to cover up the explosion at school by making it appear as a terrorist attack. Moreover, Guyot decides to send two Hyper-Zoanoids against Guyver I in the attempt of recovering one of the missing units. A very tough battle begins: in the end Guyver III appears and saves Mizuki's life, who was being kidnapped by one of the Zoanoids. 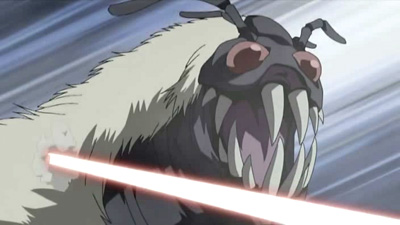 Beyond the Desperate Battle

Mizuki stays at the hospital after suffering a trauma caused by the kidnapping attempt, and Sho decides to fight Cronos alone so his loved ones won't be in danger because of him. Meanwhile, Guyot sends against Guyver a new experimental Zoanoid, originated from Genzo Makishima. A deadly fight begins, with a surprising ending. 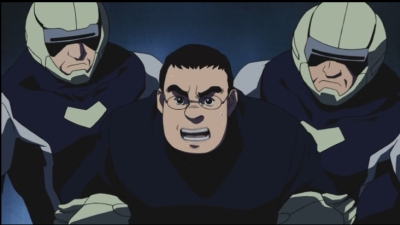 After Sho's disappearance, Tetsuro is taken to Cronos headquarters to be interrogated. There, he talks to Guyot in person, who reveales shocking informations about Zoanoids' real nature and Cronos' project of world domination. Meanwhile, Guyver II and III show up after Guyver I's Control Metal mysteriously reactivates, letting the first unit free to cause chaos in the building. 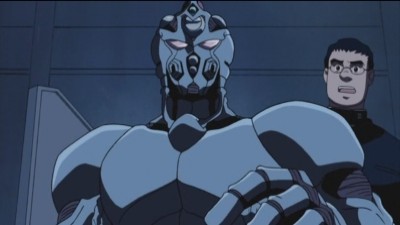 Sho's reapperance shocks Tetsuro that immediately tries to figure out how his friend managed to come back to life. Suddenly, self destruction mode is activated inside Cronos building, forcing everyone, included Guyot, to run away. Before leaving together with Tetsuro, Sho has a final encounter with Lisker in his Guyver II form. 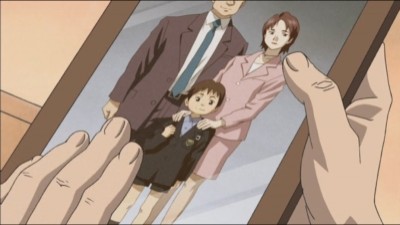 After the events at Cronos building, Sho finally returns home. In the morning, he talks with his lovely father, and together they recall memories of Sho's dead mother. Meanwhile, a surprising guest awaits Agito when he gets back home, and countermeasures are taken to attempt the recovery of Guyver I's Control Metal. A battle with a Hyper-Zoanoid begins, and this time Sho receives the aid of a mysterious gun-armed guy, who soon disappears. There's no time to celebrate victory though, as a shocked Mizuki discovers Sho's secret. 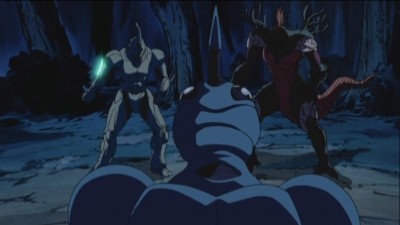 Guyot sends a group of chosen Zoanoids, the Lost Numbers, against Sho to keep him busy and kidnap his father, Tetsuro and Mizuki at the same time. Guyver I defeats his three enemies, but Guyot's plan works: Sho must hurry to save his closest friends and his father, now with the help of the mysterious guy that previously helped him.

Start a new discussion for Kyoushoku Soukou Guyver (2005) anime. Please be fair to others, for the full rules do refer to the Discussion Rules page.