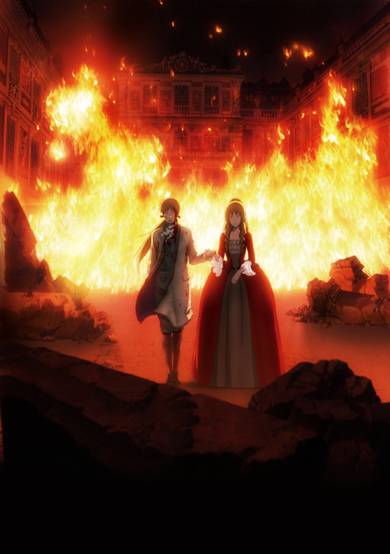 18th Century, France. Lia de Beaumont, loyal servant of Versailles and its King, Louis XV, is found dead in the river Seine. Floating inside a coffin, on which the word "Psalms" was written, her body had been poisoned by mercury, thus preserving decay. According to the Church, the soul that belonged to a corpse incapable of being consumed by the soil will forever wander in the human realm, unable to go to Heaven. This greatly affects D'Eon de Beaumont, Lia's brother and one of the king's spies. He vows to discover by whom - and why - she was murdered. But he never expected that the one who conducting the revenge would be Lia, now possessing D'Eon's body! And what will the knight do when this quest might risk France itself? History is retold in this supernatural tale of vengeance, loyalty and betrayal.
User Count4304
Favorites Count19
Start Date2nd Jul 2006
Next ReleaseInvalid date
Popularity Rank2260
Rating Rank4601
Age RatingR
Age Rating Guide17+ (violence & profanity)
SubtypeTV
Statusfinished 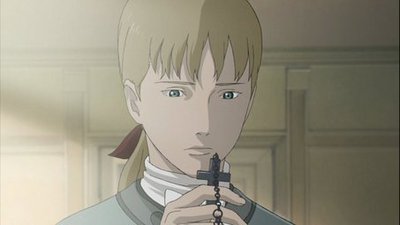 After discovering his older sister has been inexplicably murdered, D'Eon de Beaumont joins the French secret police--which has been investigating the disappearances of numerous young women--in hopes of solving the mystery of her death. 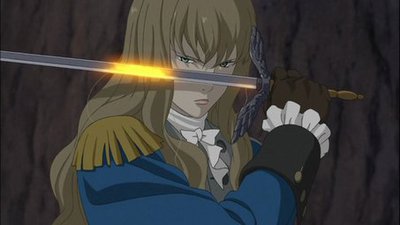 After being possessed by his sister's soul, D'Eon awakens in the royal palace remembering nothing about the incident. Soon he is pursued by French police, and is unexpectedly aided by a young swordsman named Durand. The Sword of Wrath

The Four Musketeers defeat the gargoyles, only to discover they were being controlled by a man. They follow him back to his masters and realize he was employed by several important French aristocrats. 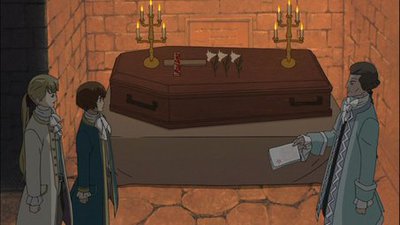 Disciple Of The Revolution

The Duke of Orleans begins moving against the Four Musketeers, and D'Eon learns something regarding Lia's death. D'Eon spends a day with Anna, his fiance, and King Louis pays a visit to his uncle, the Duke of Orleans. 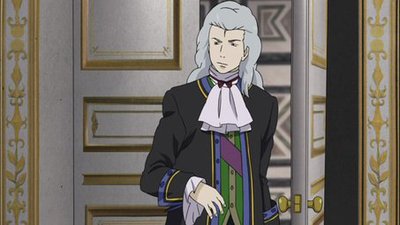 Knights Of The King

King Louis XV gives the Four Musketeers a mission, and D'Eon asks Queen Marie why his sister's soul has not passed on. 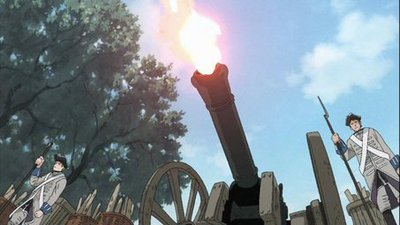 The Four Musketeers head to Russia to retrieve the royal Psalms stolen by one of the Revolutionary Brethren. 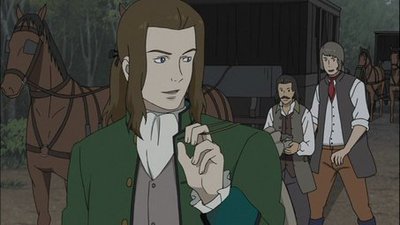 The Four Musketeers pursue Vorontsov until he finally arrives in St. Petersburg. Here D'Eon attempts to gain permission from Empress Elizabeta to operate in Russia. D'Eon gains the Empress' trust, and learns she and Lia were friends. Shortly after, Vorontsov and Bestuzhev carry out their assassination attempt on the Empress. 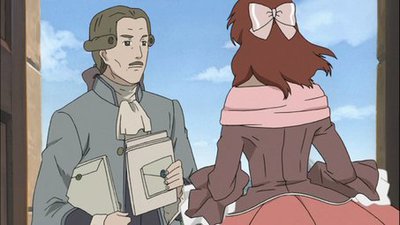 The Psalm Of The King

D'Eon briefly battles Vorontsov until the building collapses. Robespierre continues the assassination plot against the Empress.

Start a new discussion for Le Chevalier D'Eon anime. Please be fair to others, for the full rules do refer to the Discussion Rules page.