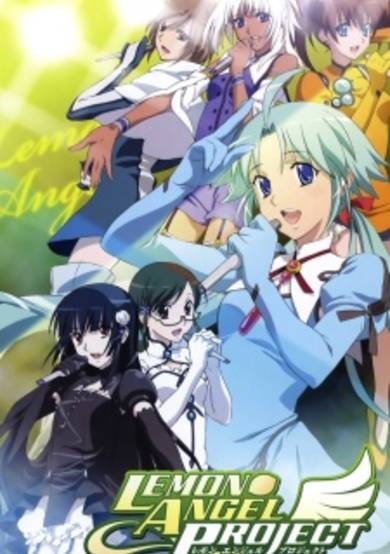 Lemon Angel was once the greatest girl band of Japan, but then it broke up and most of its members vanished. When a music producer decides to put together a new Lemon Angel, average high schooler Tomo Minaguchi is approached to audition for the group. Little does she know of the mystery behind the original Lemon Angel... (Source: ANN)
User Count712
Favorites Count1
Start Date6th Jan 2006
Next ReleaseInvalid date
Popularity Rank5493
Rating Rank6893
Age RatingPG
Age Rating GuideChildren
SubtypeTV
Statusfinished

Angel awoken from a dream

Better off as friends

I want to know you

Angel of the summer resort's forest

I finished Lemon Angel Project just yesterday and I noticed that it didn't have a review yet, so I thought I'd do the honoursSTORYLemon Angel Project is set in the year 2017, and is about Tomo Minaguchi, a girl who's close friend and senpai Yui recently died due to "unknown causes". While she was still alive, Yui told Tomo that she felt happy and full of life when Tomo sang, and she was also the creator of the popular all-girl group called the "Lemon Angel Project", who mysteriously vanished shortly before Yui's death.A year and a half later, Tomo, along with other girls, tries out to become a member of the new and revived Lemon Angel Project.Basically, it sounds dull, simple and recycled, right? Haha. That is so wrong. Lemon Angel Project is far from mindless and it actually covers a lot of things rarely seen in shoujo anime, such as bullying people from other countries.ARTThe art was beautiful! I didn't notice the backgrounds very much, but the people were pretty much always drawn beautifully. Especially Erika; her hair was done beautifully. I think it deserved a 9/10. Nothing to complain about ;3SOUNDHeck, I loved the OP song, Angel Addict. It fitted the series just perfectly and was one of those songs that made me just want to stand up and dance, and that doesn't happen all that often ;3 there was a great number of insert songs and songs used in the auditions, and each of them was beautiful and fitted what was going on perfectly. 10/10!CHARACTERI thought that the characters were going to be simple and standard, because I shamefully based my initial thoughts on this series on Kirarin Revolution. Oh how wrong I was. One or two characters are standard and recycled, such as Fuyumi, but others stood out so well. The one who was the most unique was Erika Campbell. I won't describe her here since I think you need to watch the series rather than read this to fully understand how she is different.ENJOYMENTLet me just say, this is the ONLY series that has kept me up watching until gone midnight. I marathoned the first 7 episodes because it was just so darn addicting; I wanted to see more and more!I don't like idol series, or series about girls trying to become famous singers. But this one was so different, I can't understand why it's rated so lowly here on MAL ;3; I enjoyed pretty much every minute of Lemon Angel Project, and I'd gladly watch it all over again.OVERALLOverall, Lemon Angel Project was fantastic. It had lots of things in it that I really wouldn't have expected, and it was pleasantly surprising in that sense. I would recommend it to anyone who doesn't mind a all-female main cast

Start a new discussion for Lemon Angel Project anime. Please be fair to others, for the full rules do refer to the Discussion Rules page.