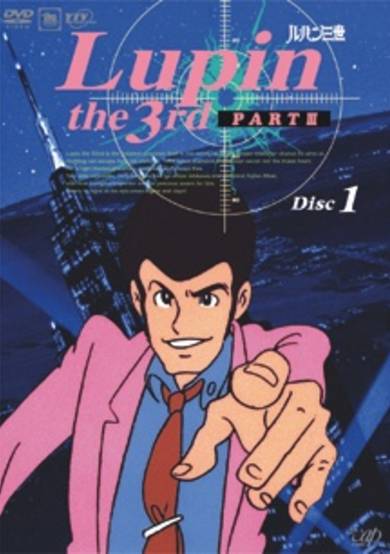 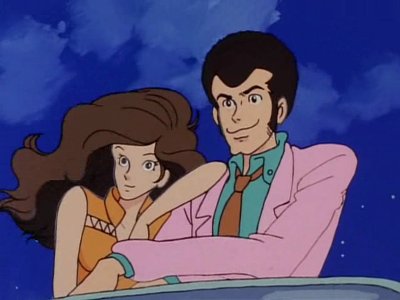 The Gold Is Beckoning Lupin

On his deathbed, the notorious gangster Al Capone gave a tile to his most loyal servant. That tile, along with four others, would reveal the location of his greatest treasure. After a quick phone call from Fujiko, Lupin and company are on the case. Quickly, they acquire four of the necessary tiles; but soon after, Fujiko is captured by the evil mob boss, Lord Chinkai while Lupin is intensely interrogated by Stromo the mercenary. 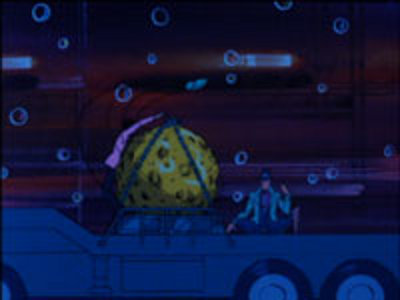 With the permission of the ICPO Captain, Inspector Zenigata hatches a foolproof plan to at last capture Lupin. By melting down six tons of gold, forging it into the shape of a meteor, and then televising it's discovery to the world, Zenigata is positive Lupin will try to steal it. Indeed, Lupin does steal it; but under closer inspection with Goemon's sword, the meteor appears to be a gold-plated rock. 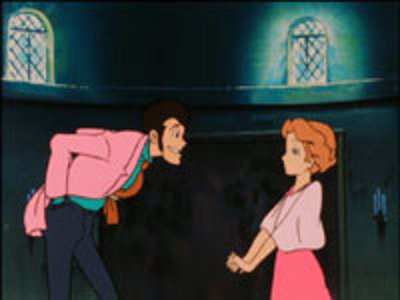 Lupin sneaks into an old castle to steal a collection of priceless angel paintings; what he finds instead is a teenage girl named Flora. Despite his numerous objections, Lupin cannot seem to get rid of her, and she accompanies him back to his hideout. As it turns out, Flora is the daughter of the late Malcolm Hurst, owner of the angel collection. If Lupin agrees to let her be a thief for the next three days, she will reveal the location of the paintings. Lupin has no choice but to put up with this energetic girl all while avoiding attacks from Hurst's greedy ex-wife, who wants the paintings for herself. 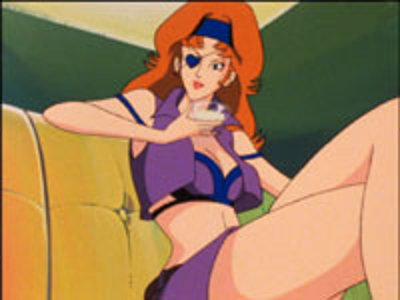 Deep beneath the whirlpools of the Bermuda Triangle, Lupin and Jigen discover a pirate ship containing tons of Spanish gold. Before the two can collect it, a submarine manned by a team of female pirates intervenes. After a quick skirmish, Lupin and Jigen escape empty-handed, as do the pirates who cannot get past the whirlpools to reach the gold. Later that evening, Fujiko is kidnapped right before Lupin's eyes. The Captain informs him that if he wants to see Fujiko again he must steal the gold for them. Will the pirates hold up their end of the bargain? And whose voice is Lupin hearing in his head? 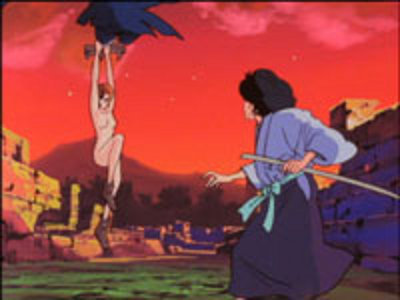 Lupin, Jigen and Goemon head to an ancient South African temple to receive a treasure map from a retired Nazi. Shortly after receiving the map, it is stolen from them by two young soldiers and a giant condor who are working for another former Nazi. Fleeing with the map, one of the soldiers, a young lady, encounters Goemon. Before she can shoot, Goemon cuts all of her clothes to ribbons not realizing she was a woman. She escapes with the map via her pet condor while Goemon, disgraced by his actions, leaves to meditate. Will Lupin be able to outwit the former Nazi? And can Goemon ever get the image of naked women out of his head? 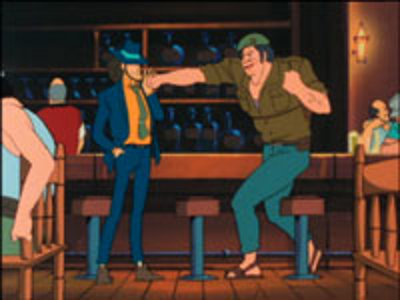 Here Comes Lupin in a Tank

Alone, Jigen enters a bar to meet with his old war buddy, Giranko. Back in his army days, Giranko taught Jigen his infamous quickdraw. But his friend seems troubled. Soon, the enemy army invades the city, and Giranko heads off to battle with Jigen not far behind. Meanwhile, Lupin and Goemon search the city for their lost comrade so they can find the lost treasure they came in search for and leave. But Jigen will not go. What is Giranko hiding? And can Lupin withstand the might of an entire army? 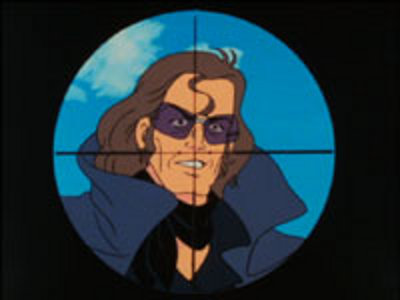 Back in her younger days, Fujiko performed a heist with the man known as Death Garb. Greedily, she left him to die so she could have the money for herself. Now, Death Garb is back and has the ability to effortlessly dodge bullets. Lupin dedicates himself to Fujiko's survival, but Fujiko seems more interested in using him as a shield. After first avoiding a round from Jigen's magnum and then the best strikes Goemon can offer, all hope seems lost. How did Death Garb obtain his new power, and can Lupin devise a way to kill him? 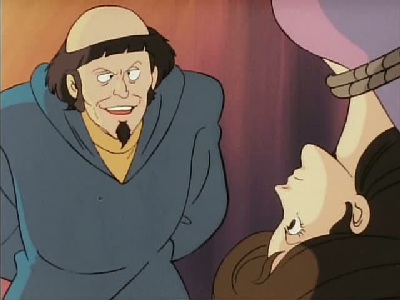 Deep within the frozen Alaskan wilderness, a mysterious cult chants before a sold gold Virgin Mary idol. The high priest prophesizes the coming of the great demon who will steal their sacred artifact. Elsewhere, Lupin and Fujiko are escaping a fleet of police officers. Without warning, a team of hooded cult members appears and quickly abducts Fujiko right from their getaway car. Lupin gathers his teammates and heads off to Alaska to save Fujiko before she is burned at the stake. All is not as it seems, however. What is the true identity of the high priest and his cult? And does somebody else have eyes for the Virgin Mary statue? 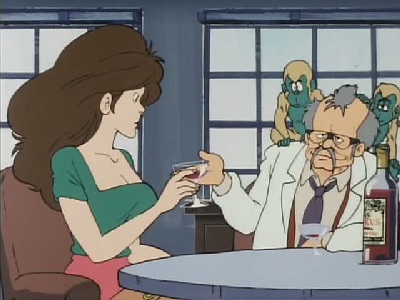 Clones Will Cost You

Lupin visits a doctor to seek treatment for one of the worst cases of athlete's foot in the world. The Doctor takes a skin sample and informs him that the only way to make a cure is with powder from an ancient seed locked away in a museum. Unable to withstand the horrible itching, Lupin sets off immediately to steal the seed. Unfortunately for him, he was set up, and Zenigata arrests him with haste. To make matters worse, the Doctor has plans for the skin sample that he took from Lupin. 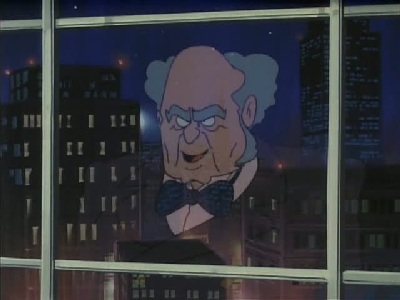 A message appears in the morning paper reading "Lupin Is an Idiot". Lupin says it is a secret code from his late grandfather telling him it's time to reclaim Lupin the First's prized diamond. But the gem is locked away in police headquarters, encased in a globe of liquid. Should a single vibration touch the liquid, the entire facility will explode. To make matters worse, Lupin is tricked into accepting a challenge from the police chief. If he does not steal the diamond within one week, he will spend the rest of his life in prison

Start a new discussion for Lupin III: Part III anime. Please be fair to others, for the full rules do refer to the Discussion Rules page.