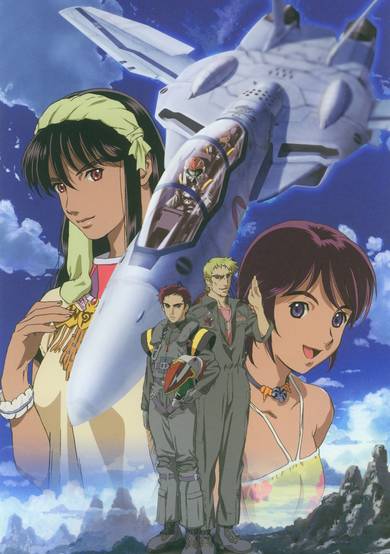 Taking place one year before the Zentraedi arrive on Earth, Macross Zero chronicles the final days of the war between the U.N. Spacy and anti-U.N. factions. After being shot down by the anti-U.N.'s newest fighter plane, ace pilot Shin Kudo finds himself on the remote island of Mayan, where technology is almost non-existent. While Shin stays on the island to heal his wounds, the tranqulity of the island is shattered by a battle that involves the UN's newest fighter - the VF-0. (Source: ANN)
User Count3321
Favorites Count16
Start Date21st Dec 2002
Next ReleaseInvalid date
Popularity Rank2634
Rating Rank2132
Age RatingR
Age Rating GuideMild Nudity
SubtypeOVA
Statusfinished

The story of people from the "civilized world" stumbling upon the peaceful lives of a secluded, spiritual tribe, and bringing with them technology, commodity and destruction, is hardly uncommon. When it comes to anime though, this seems to be relatively unexplored territory, and "Macross Zero" is an anime that helps plug that gap."Macross Zero" is the prequel to the popular classic "Super Dimensional Fortress Macross", released for the latter's 20th anniversary. The story is set a year before the Zentradi's appearance in the original series, and follows the adventures of the young pilot Shin Kudo after his plane got shot down and he found himself on the remote island Mayan. On Mayan, he stumbles upon the peaceful lives of a secluded, spiritual tribe... and then the rest you can probably guess.The first thing to notice about "Macross Zero" is that it looks stunning. Second thing to notice... is that it looks stunning. Ok, I concede it may be the same point, but it's a point worth repeating because of how stunning it loooks. The character designs are drawn seriously and not in the typical giant eyed cuteness style of most anime - these characters even have noses!! Then there's the mecha. CG is often a hit and miss affair, especially around the time this show was produced, but "Macross Zero" pulled out all the stops and really showed how amazing it can look. Granted, the planes can look a bit plasticky at times, but overall, the iconic variable fighters of the "Macross" franchise has never looked better. The franchise has obtained something of a fearsome reputation when it comes to dogfighting action, and "Macross Zero" doesn't skimp out in this department either. I still think the dogfights in "Macross Plus" are probably the best I've ever seen, but "Macross Zero" pushes it pretty close with its incredible CG and breathtaking choreography.Looking past the stunning animation (which is damn hard... did I mention it looks stunning?) the rest of the anime isn't quite at the same outstanding level, but it certainly isn't weak in any department.The story may not be spectuacular, but it's not bad, even if it can be quite confusing at times. There's more of it than you would expect from a typical mecha show. The obligatory love triangles may not be as appealing as in other "Macross" titles, but the uneasy tension between Mayans and the "outsiders" and the mixture of sci-fi and tribal lore elements makes for interesting alternative points of focus.Though there's a year between the events of "Macross Zero" and the main story of "Super Dimensional Fortress Macross", this OVA series operates quite independent from the original TV series. I tried hard to see how the story fitted together, but to be honest, it doesn't seem to - it's more like a tag on. It does mean that people new to the franchise can get a lot out of "Macross Zero", as it doesn't require you to have seen the original TV series, but I would have preferred a stronger connection to it.One of the few connections it does have is the suave pilot Roy Focker (I always wondered whether the creators gave him this name because of his womanising ways...), who was a mentor to the protagonist in "Super Dimensional Fortress Macross". His presence in "Macross Zero" feels a bit like a shoe-in for the sake of featuring someone from the original series... but I can't deny its effectiveness - as a fan, it's exciting to see Focker make an appearance.Like most of not all the shows in the "Macross" franchise, music is significant to the story. The difference here is that the music is tribal as opposed to the usual music of pop stars. Though I've got nothing against pop, the tribal music is good too, and it's a nice change.In conclusion, "Macross Zero" is a great addition to the franchise, containing all the expected elements while giving some of them a good twist. It should should be checked out even by those who are not fans of mecha or "Macross" franchise because it feels quite fresh; and also because, you know, it just looks so stunning.

Start a new discussion for Macross Zero anime. Please be fair to others, for the full rules do refer to the Discussion Rules page.